Dealing with Donald Sterling: The Power Remains With Fans 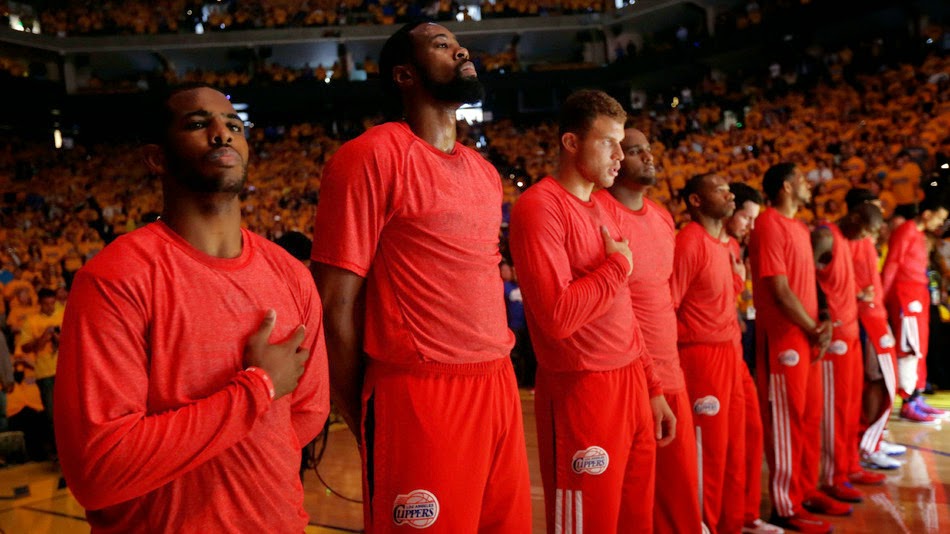 With the recent idiotic comments by Donald Sterling, I felt it was a strong enough topic to punch the keys on. It's a topic that affects everyone, especially when it reminds us that racism does indeed still exist. More importantly, and apparently, Sterling's comments remind us that there are many who make these sort of comments in the privacy of their comfort, and would never do so in public.

There really is no "opinion" one could have on this. Afterall, no one is coming down on the side of Sterling or defending his comments in anyway. This story really only has one side, and you're wrong if you fall elsewhere. Regardless, the true topic of discussion is not your opinion, but answering the question of where the NBA, as a community, goes from here.


Major League Baseball received tons of heat from the general public for their laissez faire attitude toward PEDs several years ago. The NBA has taken this same approach with Donald Sterling for years through his multiple litigation and occurrences of proven racism, misogynistic behavior, and other deplorable beliefs. Shame on the NBA. However, similar to the MLB and PEDs, this too has now sprouted into a major concern for the league.

[Sideblog: anyone else wondering how Sterling is under fire but Daniel Synder continues to get away with a blatant racist team name? That's another blog post for another day...]

How to handle this issue is the topic of discussion. As it is tremendously vital toward making a statement challenging Sterling's ridiculous comments as well as ensuring the health of the league for the future. The steps taken are so essential right now, as the integrity of the league and it's community is on the line.

We've seen the immediate acts of "protests" from the Los Angeles Clippers and others around the league. However, the only true retort to Sterling and his shady character is defeating him. Removing him. And carrying on.

Ladies and gentleman, what this truly comes down to is hurting Sterling in the only place that really matters to him - his wallet. I understand the tough position Clippers employees, especially, the players are in, but I find the trivial tasks of wearing black socks, donning black arm bands, tossing warm-up jerseys on the floor, and wearing team logo shirts inside out, all to be fruitless and pointless.

Again, what's the statement being made in those gestures? And honestly, who cares?

Sterling doesn't. Because again, it's about the bottom line with him.

I'm not clamoring for the players to boycott or to walk out. They've worked too hard for the opportunity before them this season.

In my opinion, and here is where an opinion finally comes into play, this is up to the driving force of the sports and entertainment industry - fans. Don't buy another Clippers ticket. Don't purchase anymore Clippers gear. Don't support a team or business in which the owner thinks of minorities as pawns to make him more money. With less interest, you drive the demand down, thus affecting corporate America and their ties to the Clippers. You hurt Sterling through devaluing his product. Thus, slowing the monetary flow into his bank account.

Could it take a step further? Free agents ought to stay clear of the Clippers. The current players should seek their exit.

I hate to be brash, but save me the laundry statements. If you truly want to make a difference for yourself, your league, the players who will come after you, and those who endured similar discrimination before you, take a true stand. Fans and Players alike.

I understand the need and connection between the players and the fans, but no matter how you attempt to circumvent the situation and/or reasoning for supporting the Clippers, all roads lead back to Donald Sterling. And those roads end in his bank account. There is no way around it.

A colleague of mine asked me about my view on the situation. As a man of color, he was curious on how I felt about the situation. My response was saddened. Because there is a part of me that always knew there is still such a culture in pro sports. Honestly, it didn't shock me. And I strongly believe there are more who have true feelings like Donald Sterling in other sports and entertainment ventures.

There is a brilliant paragraph in the book, Friday Night Lights, by H.G Bissinger:

"'We don’t have to deal with blacks here,' said Lanita Akins. 'We don’t have to have any contact with them, except on the Permian football team. It’s the only place in Odessa where people interact with blacks'. As she sat in the stands, Akins watched with fascination how the fans accepted the presence of blacks on the Permian team as if they were for the time being part of a different race altogether, as if something magical happened when those boys donned the black and white"

Again, don't get me wrong. Not everyone is like this, but there are still some bad apples.

As for being a fan, look, I love my New York Knicks. But if Jim Dolan were ever caught saying the things Sterling did, you can best believe that would be the sever to cut my ties with the franchise. I can deal with all of the shenanigans, as I chalk that up to sports being sports, but this topic is something real. Too real.

So yes, Sterling's comments have been an awakening to many things that have been hidden in sports over the years. Racism being the key component in this particular story. But his comments has also reminded us that no amount of trivial protests will make a difference. The true power in sports STILL remains with the fans. There is still power within our demand.

If we're all outraged, it's time we do something about it other than flip a shirt inside out.