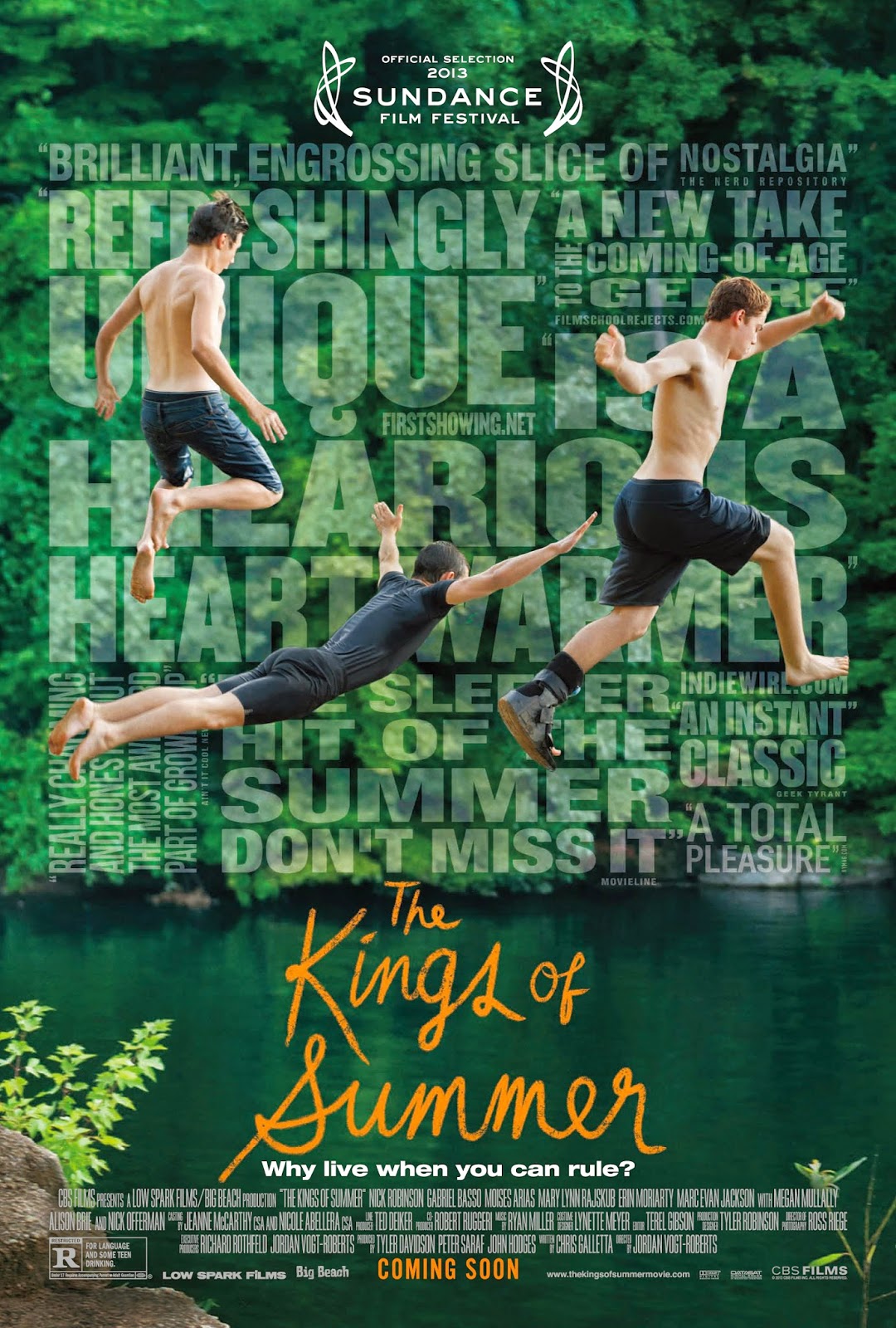 Two friends and an odd acquaintance run away from home and their annoying parents. They end up building a house in the middle of the woods and live off the land for one week during summer vacation.

While living in the woods, Patrick comes out of the house one morning to find Biaggio attempting to camouflage with the surroundings by hugging a tree. After Patrick pulls him off to try to talk to him, Biaggio responds, "I don't know where Biaggio is" and slowly hugs the tree again.

Joe: Vicki's making eyes at you man. Go talk to her. She's so into it.
Biaggio: There's no point in me talking to her anyways.
Joe: Why not?
Biaggio: Joe, I'm gay.
Joe: Are you sure?
Biaggio: Yes, my lungs fill up every time the seasons change.
Joe: That's not being gay, Biaggio.
Biaggio: What?
Joe: Pretty sure that's Cystic Fibrosis.
Biaggio: Oh.

The Kings of Summer is such an interesting movie. It's your typical adolescent high school film of young adults coming into their own over summer break. And while that is very true, what makes this film different is the humor that is built into it. It's the kind of humor that isn't forced, but if you share that witty, dry style-type of humor which Nick Offerman often finds himself attached to, TKoS should be on your list.

Again, the plot isn't a strong one, but the characters are funny enough and deep enough to carry the film through. Personally, the character of Biaggio stole the film as everything he said and did was out right hilarious.

All in all, it's a good film if you catch the humor involved.