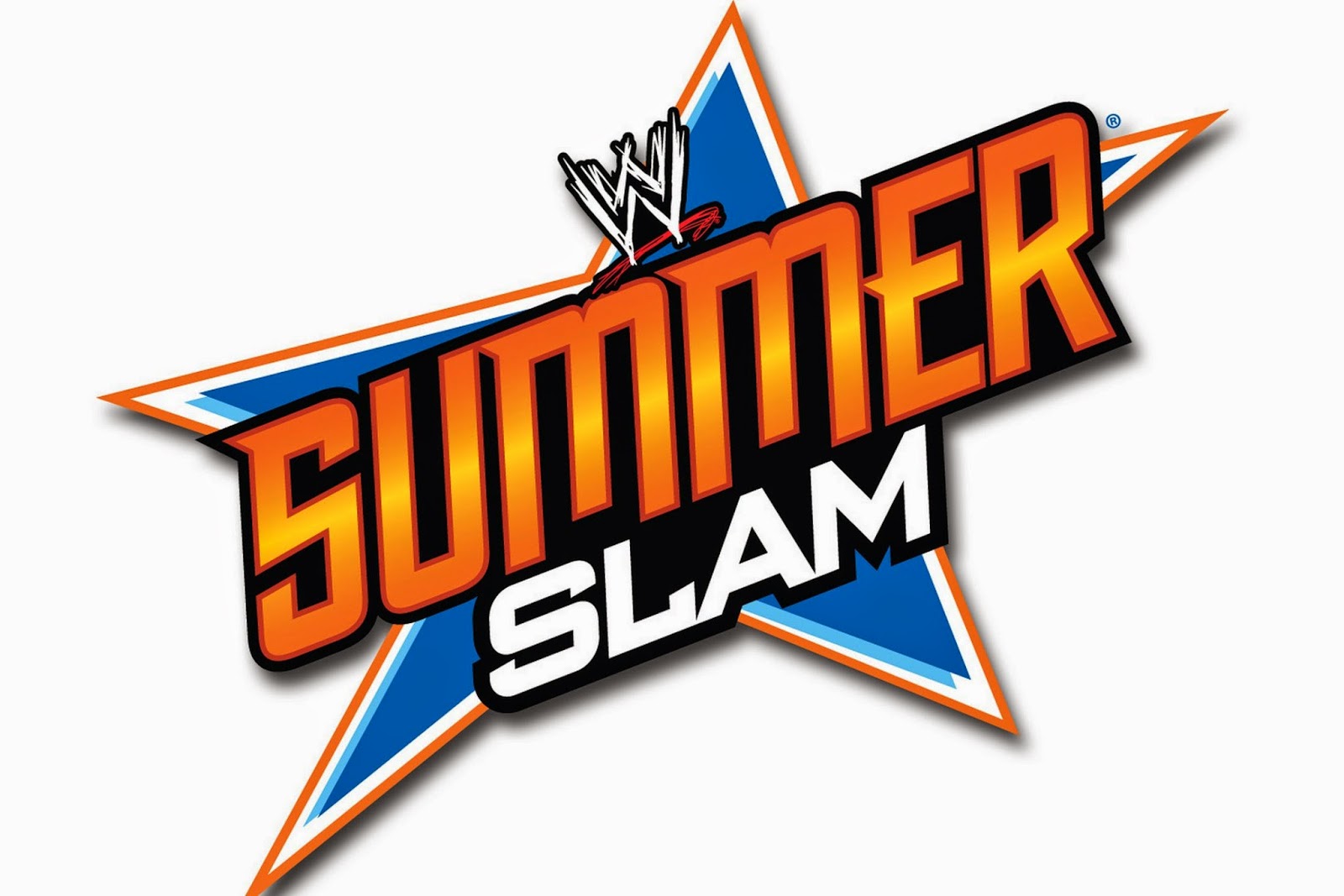 I'll be honest, the WWE product hasn't really been must-see television for me for the past few months. I'll tune into RAW, but often enough, I'll lose interest. Really, it wasn't because of anything other than it just felt like the WWE was waiting on SummerSlam. Everything built to this show, and until then, everything else was kind of in neutral and stalling until then.

So with SummerSlam finaly here, I was excited. Despite the lackluster interest, SummerSlam is one of my favorites of the year, it always has been. Also, we all finally get some payoff to what has felt like a long time coming - too long actually. Nevertheless, it's (finally) here. Below are some quick thoughts on the night that was SummerSlam.

- Has Cesaro cooled off or what? Still a big fan of the former, Claudio Castagnoli. After the meaningless shuffle from Zeb Colter to Heyman, he now seems lost.

- I'll admit it, I enjoy The Miz's work. He's solid. Nothing to go crazy about, but the guy has a persona, he has a feel for engaging an audience, and the whole "movie star" deal seemed to be a good fit for him. Not a terrible opener, but was shocked to see Ziggler win it here. Though, won't be surprised to see The Miz win it back on Raw tomorrow night.

- I was glad to see them finally get some depth to Paige as character. She seems to be quite the athlete, especially considering she's been wrestling since thirteen years of age. Both Paige and AJ really worked hard here, more so than your typical Divas match. No idea if this means AJ is taking a leave again, but her program with AJ definitely did wonders for adding a back story to her character.

- Call me crazy, but I've really, really, really been enjoying the Swagger/Rusev feud. It's classic Rocky IV, and it's awesome. How no one in pro wrestling has taken and ran with the blueprint of Ivan Drago thus far is beyond me. Lana and Rusev are perfect in the role and really pull it off. The accent and the weird pronunciations and all.

As for Swagger, this squabble has also been great for him. I haven't cared this much for Swagger in a while. More so than his Wrestlemania match with Del Rio. Regardless, this was a well done match which told the story and struggle really well. The image of the fallen bodies of Swagger and Colter as the Russian national anthem played and flag raised was tremendous. I guess Swagger played Apollo Creed here. Who is next for Rusev?

- Seth Rollins and Ambrose was chaos. Crazy enough chaos that is was fun. The lumberjack stipulation was questionable, but it added to the mayhem. Ambrose really reminds me of a modern day "Rowdy" Roddy Piper. It's obvious this one isn't over, but again, it was fun.

- By the way, the Usos should have been in competition and not relegated to Lumberjack duty. They've been THE reason to get the Network, as they've stolen the spotlight on the last couple of pay-per-views.

- I'm a huge fan of Jericho. Always have been. I get he's been putting over plenty of guys whenever he returns, but what gives? Jericho still seems like he can go. Wyatt also seemed to have had the brakes hit on him since running into Cena. Honestly, I never once believed this feud, so it was hard for me to get invested in this other than a standard 1-on-1 match. It just never clicked for me.

- Oh, Stephanie versus Brie Bella...Let me just say, Stephanie has been the most entertaining person on RAW over the last couple of weeks. Just my opinion. This match was exactly what we thought it would be (channeling my inner Coach Dennis Green). I while I did expect the heel turn by Nikki, it did the job. My wife sat down for this as this angle has sucked her in over the past few weeks as well. Just proves a well told story can often trump a terrible match. Again, well done to Stephanie McMahaon. And well done by the WWE.

- Its been well over a decade into his career, but I still don't know whether I like Randy Orton as a wrestler or not. Just the truth. I heard Ric Flair's endorsement for him on the pre-show round table, but we all know that's him backing his boy. But regardless, it is Ric Flair, he knows wayyyyyyyyyyyyyyyyyyyyyy more than I'll ever know about pro wrestling, right?

Regardless, this match started slow, but the spots down the end really made this match. The snap powerslam by Orton on Reigns' attempted spear, the RKO counter of the Superman punch, and even the final spear were all cool moments.

Again, Orton is a 12-time World Champion. Is he really going to be thought of among the greatest of all-time ten years from now?

- As for the main event, I loved it. Not because Cena got destroyed and all of that Cena hatred, but because it felt real. It felt genuine. Authentic, really. It's very possible that a big fight can be one sided. And the one thing about Brock Lesnar is that he looks, feels, and projects authenticity in pro wrestling. I have no problem with a one sided slaughtering. After all, if pro wrestling should be projected as "real" why do all matches have to go down to the end in a see-saw contest?

Oh yeah, that sit up and smile mocking the Undertaker was so bad ass. Loved it.

Looking ahead, at least to this fan, it shakes things up. We now get a monster who ended the streak and also dominated the poster boy in John Cena with questions of who will be the guy to stop him. We also possibly get a Cena break (filming duties?), and if not, a Cena who now looks beatable. And of course, the big winner here is the potential for new blood in the top of the card.

I don't hate Cena. But I really am just about tired of seeing Cena and Orton at the top of the card.

- And of course, SummerSlam is here in the NY/NJ area next year, which is just a fancy marketing way of saying, it'll be in New Jersey (would be sweet if it's Red Bull Arena), but we want to market the NYC area. If it is Red Bull Arena (one of my favorite spots venues), I'll definitely be interested in attending next year.

SummerSlam was an enjoyable show. Warranting the extremely long, nothingness stance for the past few months? No. But still fun. There are still some things that worry me as a fan who has been a bored with the product. Things that possibly will continue and carry on into tomorrow night on Raw, but I'll give them the benefit of the doubt and wait and see. Brock's dominance tonight is worth lots of equity tonight.