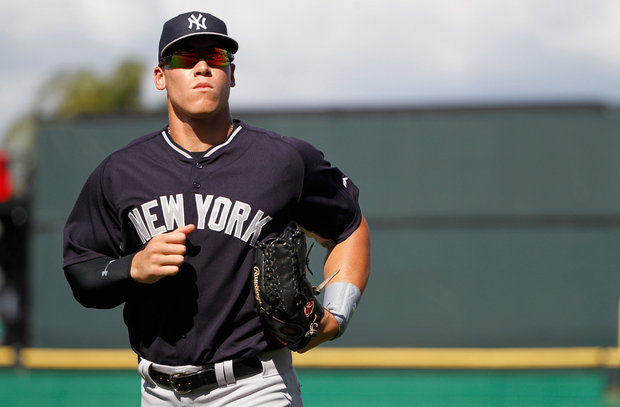 Some Yankees fans need to settle down. Yes, Yankees General Manager, Brian Cashman, didn't make any moves today at the trade deadline. And Yes, we are in dire need of a few pieces, most notably, starting pitching. And of course, yes, every one of the American League Pennant contenders - Royals, Angels, Blue Jays, Astros - are much improved with new pieces to use down the stretch.

But while some, and I stress some as there are a "spoiled, irrational" group within the Yankees fanbase, are complaining about the inactivity and annoyingly repeating the hyperbole statements that now follow "If George Steinbrenner were alive...", the Yankees have kept their stocked farm system intact.

And you know what, good for them. Good for the Yankees on showing restraint. And good for Brian Cashman.

In my opinion, the Yankees have needed to get younger for a long time. Like, a reeeeeeeeeeally long time. The sport has become for lack of a better phrase, a young man's game, and continuing to throw big money and eventual prospects of short term fixes doesn't necessarily guarantee you much. Just look at the Phillies current situation.

Of course, there are some who want the Yankees to get younger while still grabbing the top tames on the trade block. Here is some news for those folks - you can't have it both ways. And it's not possible to do so.

In my opinion, I applaud Cashman. It takes great restraint to hold on to some vital prospects while the temptation of David Price, Johnny Cueto, and Cole Hamels was so strong. Especially when there are some quality prospects who will very soon, start impacting the big league ball club.

I'm talking about Luis Severino (who will start against the Red Sox next week), Greg Bird, Jorge Mateo, Robert Refsynder (who made things fun before the All-Star Break), Gary Sanchez, Eric Jagielo, and my favorite, Aaron Judge. At 6'7", Judge has a cannon, is athletic, straight up mashes for power and average, and quite possibly might be the Yankees right fielder next season. Sorry Carlos Beltran.

Building from within with a blend of free agents is the best way these days. Especially, when you have talents on the rise who can help you now AND next season. And you know what, Cashman may just get a better return in the winter when the cost of certain talent isn't inflated by a deadline or the hope that is still alive mid-season for so many.

So, for those complaining, chill out! Sometimes the best trade is the one you didn't make (just ask the Mets and the almost Carlos Gomez trade). In this case, holding on to the farm was indeed the right call, and eventually, will pay off.