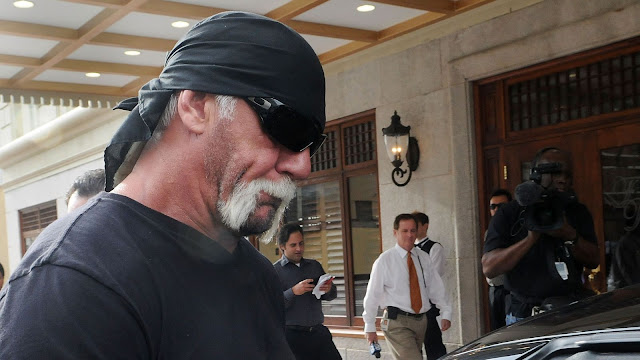 During my college years, I was called the proverbial "N-word" four times, and yes, that was just college. Crazy, right? One time, it was indirectly, as another white student said it mid-conversation (in my dorm room of all places) in describing a party that had a number of black students. She was immediately asked to leave.

Another time was by a teammate who used the term on a road trip for an away game to describe "the actions of black people he has known" (which he literally could count on one hand, me included).

There was the time an opponent mentioned it to a teammate at first base when he saw me warming up in the bullpen. And yes, all my teammate did was come and tell me. Thanks for having my back, bro!

And the final time was when I was in Virginia when an elderly women yelled, "Don't let that N---- strike you out" towards what I assume was a relative of the batter I was facing.

Soooooooo, ya, racism still exists, and much more so, the use of the word that has plagued our nation and describes the biggest valley in it's history.


I for one have typically taken the higher road on the use of word when it's used. I don't get all riled up, but really, and truthfully, I find the use of the word an example of either blatant ignorance, stupidity, of course racism, or at times, a cheap cop out for a person to hurt a person of color because they just don't no any better - and possibly, all of the above. I think it says more about the person using it than it does the person it's directed at. But that's just me. Just bloggin...

With that said, that brings me to the recent excerpts and comments being leaked by Hulk Hogan who used the word several times and in the context of being very discriminatory and stereotypical. If you want to see the language used by Hogan, simply used Google it and read the comments. And more and more are being released everyday. I'm sure, no matter what shade of color your skin is, you can't help but wonder what type of man Hulk Hogan really is.

Even as more comments are being released about his racial and offensive homosexual comments, Hogan continues to turn the blame elsewhere towards others and retweets comments from fans and others that do nothing but hurt his cause. Typical, egotistical Hulk Hogan. It seriously makes you wonder if his celebrity is as deep as bodyslamming Andre the Giant one night back in 1987.

Hulkster, you know what you should do, brother! Just apologize, prove that you are indeed a changed man like you claim since the comments were made, and - gasp! - lay low for a while.

This is especially damning in today's world when PC and "acceptance" is a main cog in social being. But for years, I've been dubious about not just Hulk Hogan the character (obviously, that is in another spectrum), but even about Terry Bolea the man. In my opinion, no one has given as little back to the business of professional wrestling in comparison to what he has taken from it as much as Hulk Hogan. Or Terry Bolea. Whatever.

Think about the benefits and impact Hulk Hogan could have truly made if - IF! - he were not all about Hulk Hogan.

I can't imagine talent and staff welcoming Hogan back too warmly to any company. Especially, certain talent who grew up with a certain mystical aura that was Hulk Hogan, just to learn there hero is a self-proclaimed racists who once made the type of comments in which he did.

Quite frankly, I do think the Hogan "brand" is too powerful to be completely shut down or near its end. However, I do believe Hogan is at the end of the road in contributing to pro wrestling. I know, you never say "never" in the pro wrestling business, but I do think it will be incredibly difficult for an industry that is well behind the world on diversity, stereotypes, and acceptance issues behind the camera as is, taking back a legend with open arms who now represents those times.

Because while we've seen black world champions in Jay Lethal (ROH) and Bobby Lashley (TNA), as well as the rise of much diversity in the company that is Lucha Underground, the industry is now a place where talent is more important than "the look". Unfortunately, the WWE is still stuck, or rather delayed, in moving on from those times.

The company has not yet had a leading black world champion and overall star (sans The Rock) and has dealt with racial issues and situations very recently (e.g. Alberto Del Rio, Michael Hayes, and Bill DeMott) are small reminders of such issues. The leader of the professional wrestling world still has yet to catch up with the times, but it is getting better.

Regardless, Hogan's recent situation is self-imposed. Now more than ever, when he needs the backing of the industry he continued to ignore for his career (only for self -gain), the industry has not only resisted his hand in need, but has removed him thoroughly from their history. It's unfortunate and so sad to see one of the members of wrestling's Mount Rushmore crumble this way, but we all saw this eventual fall someday.