It's Time to Get Real With ROH 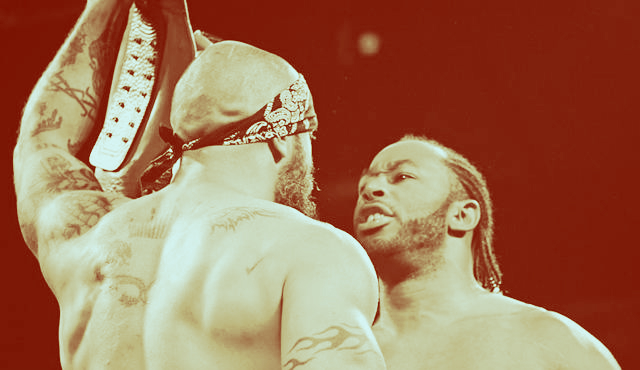 When the announcement was made by Destination America that they were adding Ring of Honor to their lineup as a lead in to TNA Wrestling, the usual wrestling pundits and critics were fueled with material to fill the usual narrative - TNA doom, and more ROH underdog rhetoric.

This marks the end for TNA Wrestling.

Finally, ROH will get a chance to show it is better than TNA!

I'm a fan of Ring of Honor wrestling. As a hardcore fan of pro wrestling, I enjoy their product. It's rather simple, and ROH stays true to who they are, and what their product attracts. It's a uniqe little niche that I know is not for everyone, and truthfully, probably not mainstream enough to ever grow beyond it's niche audience.

However, with the recent announcement of Destination America moving ROH to the 11PM spot after TNA Wrestling (and with no replay), the statement from the channel is indeed clear - ROH just isn't cutting it.


That's not something you will read on news sites, hear on podcasts, or read in various columns. Because again, the formulaic narrative among wrestling fans is that ROH is the little engine that could that is being oppressed, or "hasn't had it's big break" as of yet.

The intensity hasn't changed but the time has. Watch @RingOfHonor at its new time WEDNESDAY at 11/10c! #WatchROH pic.twitter.com/cJFuq5nMdR
— Destination America (@DestAmerica) July 28, 2015

I was thoroughly happy for ROH and truly felt this was a chance for them to really make a dent in the pro wrestling business. Not only would they now have penetration in markets they typically do not through their Sinclair syndication, but it gave them what they wanted - the chance to prove their worth against longtime unintentional rival, TNA.

And for what it's worth, I still believe TNA and ROH need one another. But that might be just me. Whatever.

Nonetheless, instead of showing urgency and bringing can't miss shows to Destination America, ROH rolled out some okay shows, some replays of passed events, and even a "best of" show the week following their big "Best in the World" pay-per-view event.

Yes, the new fans who tuned in to Best in the World 2015, saw that event, and wanted a follow up, were treated to matches that took place in February. Just, awesome.

The WWE would never do such a thing, but if they did, there would definitely be some backlash. If TNA did this, forget it, you can imagine the endless ridicule the company would take. And if Lucha Underground did this, well, they're still in their honeymoon period where they are the flavor of the month-savior company of pro wrestling.

Honestly, ROH's effort in this opportunity disappointed me. While they are moving to 11PM and still on the air, someone needs to say the truth - the company has it's flaws and ROH isn't as flawless as some fans make it out to be. Let's just call it as is, they dropped the ball on this opportunity. They were removed from a prime time spot, and never once held ratings comparable to TNA, something the ROH faithful desperately wanted in their TNA run.

Really, at some point, I'm not sure if Destination America is even in the pro wrestling business come September when they have an opportunity to opt out/be done with both ROH and TNA. Regardless, one has to call ROH out on this recent development. It's time pro wrestling fans stop giving ROH the benefit of the doubt as the "renegade, underground" promotion. It should be held to the same standards as TNA, a company with a parallel history to theirs. It should be held to the reputation we want to give it - "true #2 in North American pro wrestling". And if it is, it falls short. Very short.

ROH never gave a solid effort. Never won over new fans. Never made a dent in the pro wrestling industry with it's shows. Never.

So far, after being given it's big break on Destination America, ROH hasn't delivered, wowed, or impressed. And whether wrestling fans want to admit it or not, ROH has plenty of flaws that prevent it from ever growing beyond what it is, and has many, many, issues that make it much like TNA. That's the damning part ROH diehards (and most likely anti-TNA fans) do not want to hear.

It's time to take off the kid gloves and the cut and paste opinions when we discuss ROH. It's time to get real with ROH. For our own honesty as fans, and for the overall interest of self-improvement for ROH in the long run.

As of this post, ROH on Destination America - bust. A big, huge, whopping, bust.