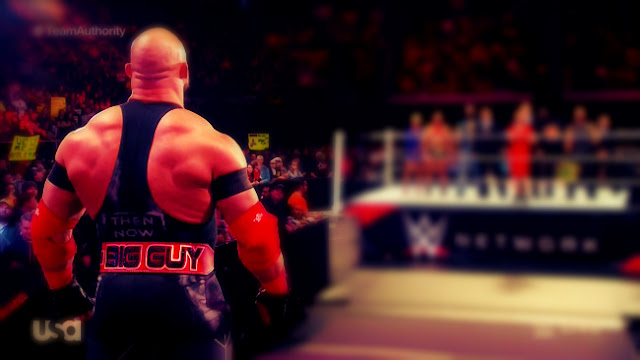 In an industry dominated by one major company - one that for as long as it has existed, has had compromised and controversial standards for it's talent as "independent contractors" - the wrestling business now has another raised issue budding - structure of talent pay.

Now, let me just say, this issue won't leap frog the issues of racism, talent benefits, and PED discipline in the business (you know it still happens), but it does present a fair and noticeable point - what is the true value of a wrestling talent? And who is responsible for that value?

Today, Ryan Reeves, who us pro wrestling fans know as Ryback, recently acknowledged his contract dispute with the WWE and questioned the company's pay structure. In reading Reeves' words, it's hard to dispute his thinking, especially when he points out and alludes to the uncontrollable forces that dictate his pay - despite the same effort given, or untapped potential used.

Pro wrestling is pre-determined. Sorry for not announcing the spoiler alert, but if you didn't know, this information is truly, and really for your benefit as a fan. Yes, it's entertainment.

With that said, how can you justify accurate pay for a guy whom is indeed doing as he is told? With the same effort under his obedience. With the same zest, and passion for his craft? This is even more magnified within the WWE who controls just about everything their employ....urrr, independent contractors do.

Am I pushing for equal pay? No. I do believe there are more talented pro wrestlers than others as there is in just about any other line of work. And I do believe there are some guys who just naturally connect with audiences despite the WWE's current plans  that is contrary (e.g. Daniel Bryan). Heck, there are some continuous jobbers who I am more fond of than attempted stars from the WWE machine (e.g. Brooklyn Brawler).

At the end of the day, the guys who put butts in the seats should make the most. This is and can be easily assessed on the independent scene, and for smaller companies such as TNA and ROH.

And I find it highly ironic that I am agreeing with his statements, since I am not a fan of "Ryback". But that's more to do with his character than Ryan Reeves the performer. As any true die hard fan can attest to, a small character or gimmick change can alter interest in any pro wrestler. Creative is so important in this industry now, especially with the influence and power it has in stifling improvisation in it's product. It's a gift and a curse for Vince's kingdom.

But again, how is that Reeves' fault?

At one point, Ryback was on the verge of being a big time player for the WWE. He had the slogan. He had the look. He had the entrance theme. He was in the mix with the big players. Again, that was all WWE produced. Then the company turned him heel, and he's never had that same magic, even when they tried to go back to the same creative well. Again, it's hard to disagree with Reeves - was that his fault? Why should he take a cut for that? He did as he was told.

I mean come on, remember, "Rybaxel"? Good grief. That was absolutely awful, no?

And that's without getting into the issue of a new restructured pay-per-view model under the WWE Network, or that of merchandise sales to the very point made by Reeves in his blog post. Creative dictates who are stars, and stars usually move merchandise, thus the "stars" who have to beat someone to become that, still reap the rewards?

The structure is as flawed as it sounds when read aloud.

Is there a solution to this? Maybe? Possibly? Who knows? But, I do know that I honestly do not blame Reeves one bit in his payment gripe. Not. One. Bit. If my boss told me I'm not receiving a raise because I did exactly as he/she wanted me to do to their approval, and that plan didn't work out, I would be a bit chapped as well.

Yet, sadly, I don't see there being a solution, especially, with Vince and co. attempting to reign in the missing pieces of an absolute monopoly that are popping up or have existed outside of his gates for a few years now. The company is poaching all of the industry's top talent, and is creating a market where wrestlers are more replaceable than ever. Good luck fighting the worthy fight, Mr. Reeves. It's honorable, but I doubt it changes anything.

Regardless, it surely is an interesting question regarding the industry moving forward, especially as television drives the once live-event driven business of pro wrestling. Especially, in that of the WWE.