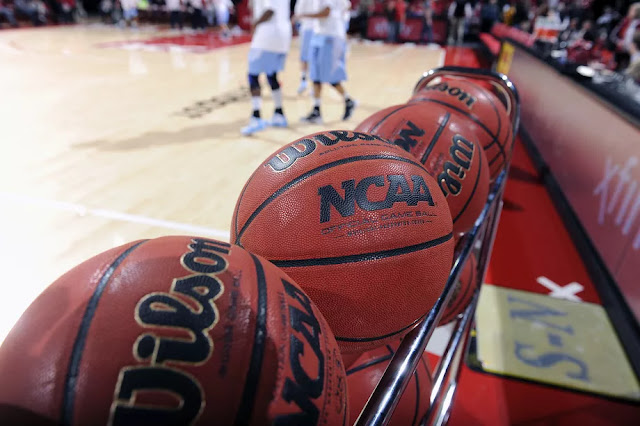 This post has been coming for awhile, and it now seems like the best time to do so...

Division I Basketball is getting more and more difficult for me to watch and support.

Just like I once laid out regarding my ethical feelings towards the NFL (and really, football, overall), thus is the same credence and feelings I have developing for Division I Basketball - mainly the NCAA's approach to it. Now of course, my feelings aren't something new as many share my thoughts and opinions on this - the NCAA is corrupt and college basketball is a sham. But for me, it goes even deeper - certain programs, coaches, and communities enable this exploitation of young men. And yes, many shy away from that word, but that's exactly what college basketball has become, an exploitation of services.


If you know me and you read this blog, you'll know that the irony in all of this is that I am a member of the NCAA. However, I work at a Division III school, and while many often scoff at those athletes and programs, those are the ones who often get the model correct - student athlete. Developing students first.

But here is the thing, how does anyone, with a clear understanding of how the NCAA operates, vouch for a system that generates billions of dollars for executives, television networks, coaches, and programs, when these players don't receive a dime or at the least fair compensation in the process?

But, they get a free education!

False. Not all do. And that for me, a student affairs practitioner at heart, compounds the problem. Funds are used for students who will never receive a degree from an institution, taking away opportunities for even more willing and able students to enroll in higher education, and even more so, underrepresented students with already limited access. For what? Basketball? A crooked system?

As for coaches, it's amazing how these beings have become almost "god-like" in specific regions and communities in which they work. Some, working at state institutions, are on the record books as some of the highest paid employees of said state. That's just crazy to me! Absolutely crazy!

But what really bothers me is the way some of these coaches rack up violations without any regard for the punishment, and often, it's the schools and student-athletes who feel repercussions. The way they take off for the next school, or break contracts without any fear.

And sometimes, the way these communities defend these coaches with violations and shady shenanigans happening under their helm.

The question I always raise is this - is the priority for DI coaches to develop further students and individuals, or to simply win basketball games for the University? Often, what feels like a hand-in-hand journey, has become the latter.

Unfortunately, the NCAA tells us it stands for one, and does the other.

Thus, what we get is creating this "madness" built around the gambling and again - exploitation - of free labor of young men playing basketball. And again, the billions and billions of dollars generated around a kids who are shackled by policies that prevent them from pure and honest revenue generation such as selling an autograph or being paid for an appearance in town.

Or as we've seen from O'Bannon v. NCAA - the countless times likenesses and images are used without a student's consent?

Want more proof of "amateurism"? How many "amateur" sports have press and media detail following a contest?

The way these kids are never defended or protected by the NCAA and it's subjective and nonsensical rules is beyond absurd. The way traditionally-aged college students (17-21 years old) have to communicate after losses and wins to an educated and vulture-like press is an example of this mess and shame that is the NCAA Tournament.

Not to mention, have you read internet boards on some of these fan sites? Or, sports radio in some of these college towns? Or how about Twitter...ah yes, good ol' positive Twitter!! That was sarcasm by the way...there is nothing amateur in this process.

What would I do to fix it? How about for starters, no advertising allowed for these NCAA events? What if the NCAA adopted the same rules it holds it's student-athletes to, and subjugate themselves to limited access and opportunities to not tarnish "amateurism". What if the NCAA went sponsor-less for the entire event. No commercials. No billboards. No selling of outside commercial America on the backs on these men? You know, the same exact way these kids aren't allowed to monetize their experience.

It's not perfect, but it's a start.

But the reality is this, college basketball has an interesting crossroads coming up soon with the NBA soon adopting a European style model of Academies and Camps. Adam Silver and the always progressive NBA are headed towards drafting straight out of high school once again with the opportunity to have players have direct ties to a NBA Franchise and their G-League team.

The best talent in America will soon be headed straight to the NBA once again. And to be honest, as a fan of the game, this might be the better option to help keep the game moving forward.

Again, I apologize if this sounds like me on my soap box - but it is me being thoroughly honest. I'm torn watching these games. I want to support the student-athlete, you know, the pure wholistic, unbiased, and untainted vision it was meant to be. But there is that part of me that absolutely despises how these three weeks happen, and how the sweat and hard work - and often, lifestyle struggles - of some of these students are used and abused. Many who eventually leave school without a degree.

Those coaches are the worst in my eyes. The true criminals in this entire system.

Again, it's getting more difficult to watch Division I basketball. I'm just curious how long before others come around to realizing it for what it is. Unlike football, which I wouldn't cry if it went away, I want change for college basketball. And as always, it should be student-first.