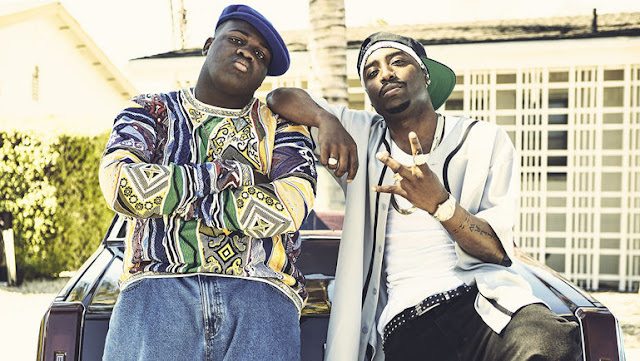 1. Basketball Student-Athletes - I'm not talking the programs, or the fans that support these programs. I'm giving the "Up" to those student-athletes who sacrifice and give their all for an experience they are about to embark on. Good luck to all of those who competed up onto this point, and those moving on in the NCAA Tournament.

2. Unsolved - This weekend, the wife and I started this latest series on the USA Network about the Murders of Biggie Smalls and Tupac. So far, it has been especially good. Well done, well detailed, and very dramatic. Giving a personal recommendation on this one.

3. MLS Soccer Sundays - Good to have Soccer Sundays back. And the first weekend, the MLS provided some very entertaining games, including Atlanta FC setting a new record for single-game attendance at over 72,000. Who said soccer isn't big in this country?

1. White House School Safety Plan - I CAN NOT believe our leaders believe gun training for teachers is a viable solution for what has been going on in this country. Unbelievable. Then again...gotta get that NRA money.

2. "Let Them Call You Racists" - This dude, Steve Bannon, man. I can't even imagine how people like him wake up and push such a garbage agenda. Even crazier? This dude was appointed "Chief Strategist" by our current President. The world is crazy...

3. NCAA - Contrary to the #1 Up this week, the NCAA gets the down this week. A organization filled with corruption and built on the lie of "amateurism" when it comes to college basketball, is set to exploit young men for billions, while letting these coaches run wild in the process. I don't blame the NBA at all for looking to create a European model to take care of the game, and those who play it.