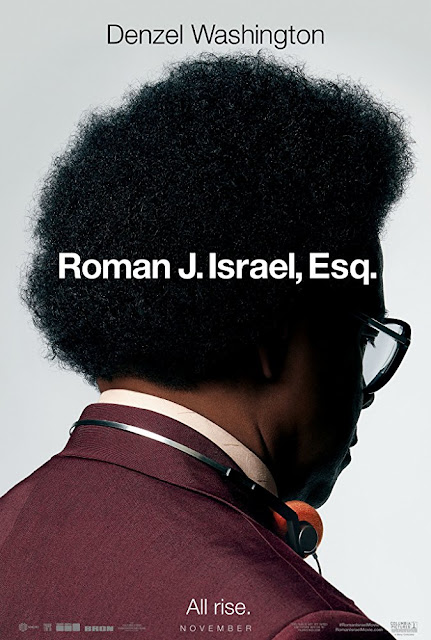 An unusual but driven and idealistic lawyer finds himself in a series of events that forces him to his extremes, and ultimately, to make a decision on what he stands for.

After getting the $100,000 reward, Roman lives it up for a day "on the other side" away from his convictions and thinking of need for social justice.

"Each of us is better than the worst thing we ever did."

There is something odd and tremendous about this film, and even as I write this review, I still can't put my finger on it. I don't believe it's for everyone, and truthfully, it's a unique niche for some.

The beauty in Roman J. Israel Esquire is that uniqe view on the world that we each have. Many of us have the view that we just don't understand why the masses operate the way it does without issue. If you have that, Roman's character is highly identifiable and relatable.

Despite that odd connection, Denzel is simply Denzel in this film - boss. His depiction of Roman is downright awesome, especially in bringing to light the quirks and oddities that make him who he is.

All in all, this film isn't for everyone, but if it is, you'll enjoy it very much.