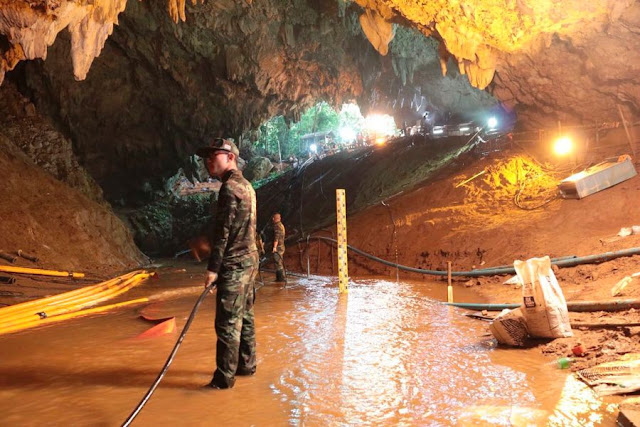 1. Independence Day - So, it wasn't on a weekend. And it yes, if you look passed the shady propaganda of immense filtered propaganda, there is some real ish there. However, despite it's imperfection, oppression, and disregard for truth, America is great. Happy Birthday to a special nation!

2. Boys Rescue in Thailand - As of this post, only four of the thirteen boys have been saved. However, the rescue missions have captured the world in the lengthy and tremendously daring attempts to save these boys. The quest will continue well into next week.

1. Race-Blind" Admissions - I can't believe this hasn't gotten more push in talks on the mainstream front. This administration is looking to remove key guidelines that began important building blocks on higher education reform, inclusion, and opportunity for so many students. Now we're looking to continue tilting the scale n the inequality of education from K-12, and furthermore, sending the message that diversity and inclusion is not part of the learning experience. So typical of this administration, and yes, as a student affairs practitioner, I'm quite upset.

2. Army Drops Immigrant Recruits - This is such garbage. And of course, more disrespect as it furthers the agenda of stigmatizing immigrants as a threat. Ugh...SMH.

3. Police Called (again!) - More of this insecurity from white people regarding people of color in proximity to their insecurities. Such bullshit, and more of the same. So sad, especially considering the historical narrative race relations and pool sites have played throughout American history.