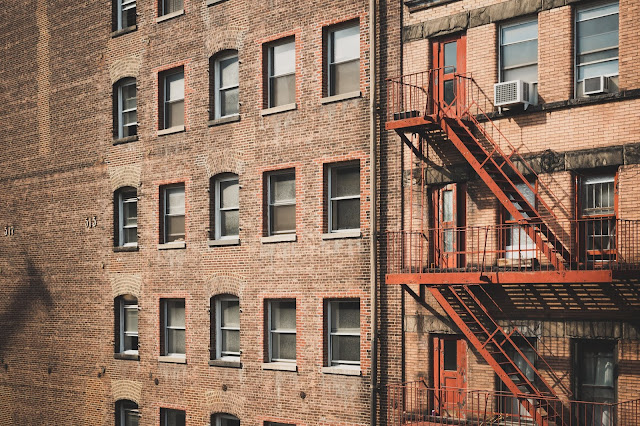 I've been thinking a lot lately about the journeys we take within life.

I know, that's a pretty deep way to start a post. But it's just what I'm feeling at the moment. I'm not sure if this is the sort of reflection and clarification that comes with age - it probably is - but that's just where I am right now.

What started this mindset was a recent experience in being around a baseball team from an institution I used to work for, who now uses the facility at the institution that I now work at. Stay with me...

Observing their practices and taking in the sights and sounds instantly gave me nostalgia and shipped me back to my years of playing college baseball. It was the little things like the jokes, or the ping of the bat, or the sound of the glove popping - those wonderful, sweet, little, tiny baseball things - swiftly brought me back to a twenty-year-old me in a place called Cazenovia, NY. I still can't believe I lived there for four years.

Yet, it was those same moments and experiences, the ones which those very young men were unknowingly storing away in order to also unpack when they too are in their thirties, that spurred this for me.


It's not about the product. It's about the Process.

For so long, I resented my final year of college baseball simply because of how it ended for me - in severe pain, embarrassed, and ultimately, without the same love for the game that I had leading up to it. Most of all, I was incredibly disappointed for not building on what was a great junior season for myself - and what ultimately ended up being my best collegiate season.

A couple of days later following my nostalgic baseball encounter,  I went for a run, and in the midst of my shuffle playlist (gutsy, I know...), the motivational speech of Inky Johnson's "Impose Your Will" came through my headphones. Having not heard this speech in years, I became glued in - actually lost from my run - and really, enthralled with his message.

If you haven't heard it, take a few minutes and listen HERE.

Upon hearing his message, which ebbs and flows, soothes and weaves through so much of what I can relate to in my life, I suddenly was hooked on these very words - "It's not about the product. It's about the process."

As Inky's fast cadenced speech guided my thoughts and subconsciously moved motivated my legs faster than I could have done myself, I began absorbing much of his message about "process", and about the driving force in what we do.

I suddenly thought of my son, who now recognizes "daddeeeeeeeeee", and I thought of all of the measures I wanted to be held to in his eyes and one day, in his world. I thought of my dad, who continues to hang on in this race we called life, never quitting, even when biology and all its science has pulled his card to head on home multiple times, including yet again, very recently.

And I also thought of myself, how over the past few years, I've somehow lost myself in a struggle to be perfect. In an obsessed mode of validating my character through always - even when I didn't know what it was - doing the right thing or attaining an expected result.

I, myself, lost view in falling in love with the process. Something I used to thrive on. Something I carried my chip on - that edge sharpened by personal experiences and life's inequalities and unfairness.

Once again, thinking back on those baseball days with negativity and the many ways of evading and suppressing those real emotions - I was lost in the end.

But what I failed to remember was the hard work, the overcoming of what doctors once stated was unattainable for my life - playing baseball. Heck, playing anything. I'm lucky I can walk.

The late, great Kobe Bryant detailed this so well, and with such inspiration in his retirement speech:

I'm no Kobe Bryant, far from. Actually, not even close. But, I too missed loving that side of the pursuit.

While I played four years of college baseball, I never once in my life celebrated or appreciated that I did so after only playing one year of High School baseball. Even crazier? I picked up pitching - yes, I started pitching! - at the college level after never having done it before. In thinking about it now, that's pretty damn cool.

The same bodes well for my professional career. I once LOVED my career - the hard work, the programming, and the hours that were invested into it. I enjoyed the process of getting better, of making a name for myself in the industry - heck, changing the industry! - of learning, and of becoming a better leader.

As of late, and now in a position of leadership, I've lost that passion and that realization for the process - wandering in the lanes of results, politics, and even shortcuts. SMH.

And yet, there is also the present-day reminder as well.

I've been taking guitar lessons since the summer. After struggling with a piece just last week, my instructor stopped me and said, "you're such a perfectionist! Enjoy the process of improving. Enjoy it!".

She read right through me. I've enjoyed guitar because it's been a new challenge for me, and it provides me humility that bleeds over into other areas of my life that I think is good for the soul. But most of all, it now reminds me of the said process.

As age 35 creeps up for me in May, and my son gets older, and life shifts into a dynamic that reveals what really is salient in this life, I've rediscovered the power of the process.

But most of all, it is an understanding of the power and the beauty of imposing the human will - my will - on the very things presented before me.

That once was my thing. I lost it. And boy am I glad to have rediscovered it.