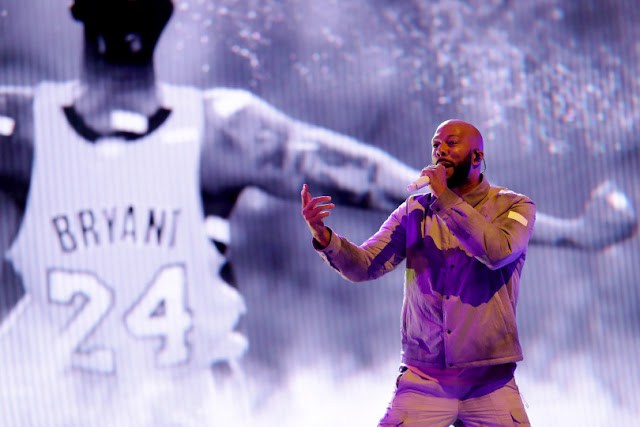 1. Trevor Noah on Bloomberg - I'm typically a fan of Noah's takes on social issues. He has an interesting and engaging perspective on his views of race - due to his own identity - and power - from the lens of being someone who has seen the effects of apartheid. Regardless, these words by Noah on Bloomberg's apology on Stop and Frisk policy in NYC this week are dead on.

2. 2020 NBA All-Star Game - The new format is absolutely tremendous. Borrowing the "target score" from the TBT, it allowed the game to have a bit of fun play, and of course, the tremendous competitive play we saw in the 4th quarter. It's weird to say, but the NBA All-Star Game has the ability to be the most compelling of all sports, and tonight's game proved when done right, it is just that.

3. Black News Channel - Anyone else baffled that this is THE first sole black-led news network? Regardless, kudos to all involved. Representation in the news and in the media is vital to the stereotypes and systemic oppressive systems that are in place. We - all of us - need outlets like this to be successful for perspective and outlook from various identities.

1. Carlos Correa - The Astros Media day (more on that in a bot) was an absolute disaster. But what Carlos Correa said in trying to defend the actions was insulting, at times hypocritical, and in many ways, two-faced. It was one of the most cringe-worthy 9 minutes ever. You can't admit to cheating, but want credibility to the thing you were cheating towards?!! Sorry, bruh, this apology narrative isn't driven by you.

2. Coronavirus - The virus has now spread, and from the latest reports, we've now got cruise ships and all sorts of "regular" areas now being infected. Crazy. Stay safe, ya'll.

3. Astros Media Apology - What. A. Mess! From Jim Crane to Alex Bregman, everything about this scandal pertaining to the Astros PR has been utterly disastrous. Their "apology" was even worse. I hope to touch base on this scandal soon - so much to jump into. Maybe a podcast?

1. Mike Breen HOF - BANNNNGGGGG!! My favorite play-by-play guy in ALLLLLLLL of sports - got the call that he will be inducted into the Basketball Hal of Fame. And honestly, he deserves all the credit for having to sit through the Knicks awful seasons - year after year.

1. Common's All-Star Pre-GamePerformance - Yooooooo, Common's performance and introduction of the players in the All-Star Game was second to none. It was absolutely phenomenal.