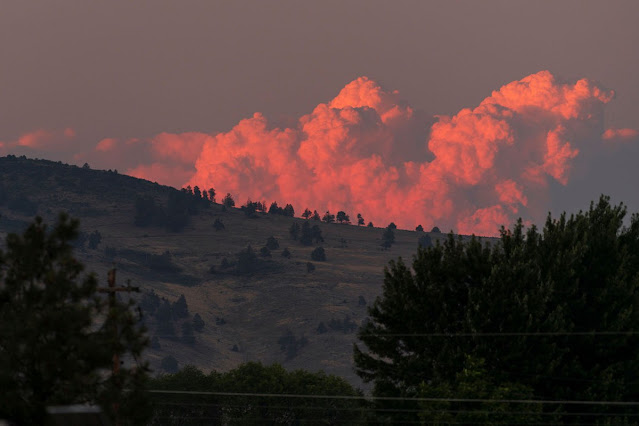 1. Shohei Ohtani - My dude was WORKIN' this week as the world focused on the amazingness that is Ohtani! He participated in the Home Run Derby. Picked up a win as the starting pitcher for the American League. And oh yeah, lead off the game hitting for the AL. He does it all!!! And of course, he capped it off by donating his $150,000 Home Run Derby check to Angels employees.

Baseball, get behind this dude as much as possible. Please. We are all begging you.

2. Lovecraft Country Leads - Jonathan Majors and my girl, Jurnee Smollet (always been a fan!) made history as both were the first two black leads to be nominated from the same show for an Emmy award. Of course, we can dive into the craziness that is this first, but whatevs.

I've yet to see Lovecraft Country, but I've heard nothing but good things. Can't wait to eventually dive into it.

3. Pro Wrestling w/Crowds(!) - I've been super critical of pro wrestling during the pandemic - I've felt many companies (largely the WWE) have missed out on an opportunity to do something dynamic. Nonetheless, many companies welcomed back fans to the live experience this week and it is sooooo incredibly obvious how much that element is needed in the product. Many kudos all around to WWE, AEW, and Impact who delivered amazing shows this week. Nothing beats that kind of energy with a live crowd in attendance.

1. COVID (& Vaccinations) - Well, here we go again. COVID and this latest Delta variant is sticking around and putting up another fight as the virus rips through communities of unvaccinated individuals, even causing rollbacks such as mask mandates in states like California. We are trying to pretend like COVID doesn't exist, but the message that this is ultra-serious from a person like Dr. Scott Gottleib is deeply troubling.

There are also new reports about the concern of so many children on the vaccination front, especially those from lower economic backgrounds, falling behind basic vaccination requirements.

2. Minimum Wage Reality - Welp, the labor shortage remains a real concern throughout the country, and for those who refuse to go back to minimum wage jobs, I can't blame them with the recent news that a minimum wage-earning can no longer rent a two-bedroom apartment anywhere in the nation.

I used to be against the $15 minimum wage hike - but I just can't anymore with further understanding and education on the matter. It's just not right. Especially, after what the pandemic revealed.

3. Nationals Park Shooting - I know it wasn't what we initially thought when this broke out on Twitter. But the looks on the faces of those from the footage we saw were absolutely horrifying. Because you know what? The worst we imagined, is undoubtedly possible in our country. So scary.

1. Biz Markie - RIP and gone too soon. Play "Just a Friend" at least one time this week...matybe a few.

Smoke billows over hills to the north of a Red Cross disaster shelter as the Bootleg Fire expands to more than 210,000 acres near Klamath Falls, Oregon, on July 14, 2021.