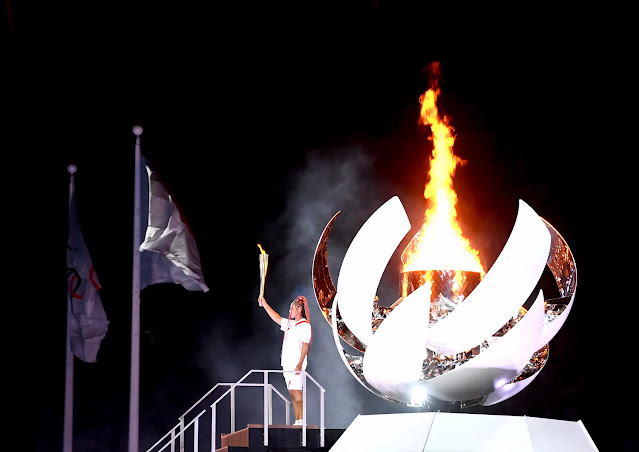 1. Free Lunch Program in California - At one time in my life, I was a kid that survived on free or heavily-reduced lunch at school. I also remember doing the same in the summer as my elementary school provided free lunch even when school was closed - this was so clutch. THIS recent program being launched in California to provide students with FREE lunch is awesome and will provide a lifeline for so many children who need it.

Also, it'll remove the stigma that is a free school lunch, as well as the well-known gorilla in the space that are immigrant students not having access to food out of fear of completing the necessary application. Tremendous job in getting this done by all involved.

2. Equality Apparel at Olympics - We saw it with the Norwegian Team Handball team who accepted their fines by making a statement and not wearing the "required" bikini bottoms. Yes, enter a super eye roll here. And then there is the German gymnastics team who wore full unitards to push back against the objectification of young women and girls in the sport. I'm all for it. None of these "required" looks have anything to do with performance within the sport.

While we're at it - could the IOC not have provided an actual softball facility for the games? Watching the reassignment of a softball field on a surface clearly designed for baseball is sort of laughable on this kind of stage. Unacceptable, really.

3. Cleveland Baseball Team - Kudos to the now Indians, soon-to-be Guardians for the work done and the process taken to transition into a less offensive name for the franchise. They began the process by phasing out the Cheif Wahoo logo, did their extensive focus group research, executed what they wanted out of the new name and imagery, and boom - a new name for the organization going forward.

It's nice not to have sports teams named after a group of people. Also, it isn't that hard. In a few years, no one will even consider this a topic of contentment. Looking at you, "Washington Football Team".

1. Vaccination Dilemma - At every step of the way, this pandemic has ripped us apart and exposed our nation to the fractures in our foundation. The Delta variant is bringing us back to shades of 2020, and now, we're stuck in an argument over a solution we all wanted not too long ago.

2. Texas State Education Policy - I'll just say this - we've got town halls across the country with hundreds of people shouting down Critical Race Theory without understanding its concept or application, but we have new Texas legislation removing the teaching of the KKK throughout history as "morally wrong". C'mon...

3. Rise in US Mortality - This was probably the most fascinating thing I read all week. The life expectancy of the US resident continues to fall with signs pointing to increased unhappiness due to isolation, feeling less purposeful and connected to employers, labor unions, church or community groups, and more. This also includes the rise of social media. Throw in a widening class gap, and a rise in substance abuse (so much for that war on drugs, huh?), and we're in some deep and heavy stuff.

It's sad, enlightening, worrisome, and all-around bad. I urge you to give it a read.

1. Giannis Antetokounmpo - What a week for the Greek Freak! An amazing Finals-clinching victory, and a championship that will forever be remembered in an impressive light. Of course, he gave us a moment that also made him one of the most likable athletes in the world.

2. Simone Biles Emoji - When Twitter gives you your own emoji whenever your name is used as a hashtag -  a goat in gymnastics gear with a gold medal around it's neck - that's boss-level stuff. And really, no one else deserves it besides Simone "The GOAT" Biles.

1. Billionaires in Space - I honestly don't care that Jeff Bezos went up to space, touched space, whatever. All my mind keeps coming back to is where that money could have gone to solve real issues. So yeah, I'll pass on this latest billionaire fad.