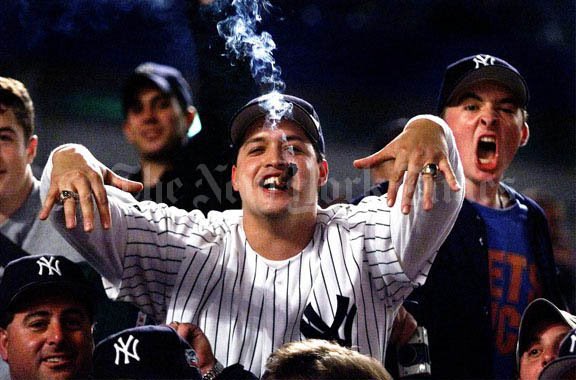 I'm a New York Yankees fan. If you haven't gotten that already from this blog, then the surprise declaration gives you a small set up for this latest Pondering 10 post. Yes, the Yankees are having a challenging year, and there are so many discussions and breakdowns that can be had that are productive, beneficial, and enlightening to why this season is unfolding the way it is.
You know what is not helpful? Yankee fans antics. Ironic, huh? I've long since realized that I'm associated with this fan base than can be overbearing and at times, super annoying. However, none more so than this year. Listening to sports radio, Yankees Twitter, and talking-head television has made that more clear than ever before.
With that said, here is my Pondering 10 on my Yankees Fandom Annoyance:

10. "27 Rings, Bro" -  Ahhhhhh, yes! The classic we have more championships than your team statement. You just gotta love the outright entitlement in the phrase, typically used after a fan of another team has burned them so bad that a response cannot be generated. This is always embarrassing. 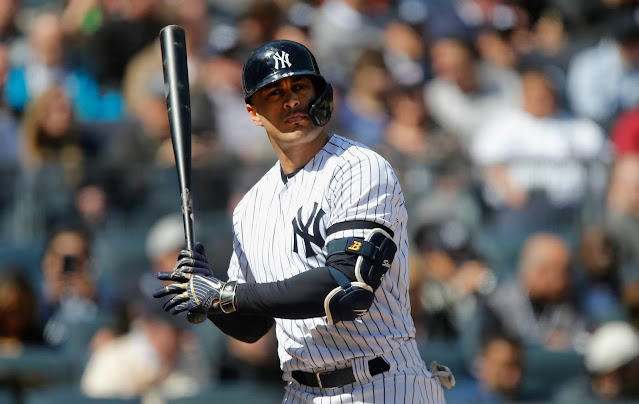 9. "The True Yankee" - There is the oh-so confusing annoyance of when our fanbase receives the gift of a huge acquisition that we clamored for in the moment, then decide to place immense pressure on said acquisition making them prove themselves as a Yankee. It's the sort of twisted, weird, and counterproductive thing that ends up leading to outright frustration when said acquisition doesn't live up to the inflated expectations the process sets. See: Alex Rodriguez, Jason Giambi, Giancarlo Stanton, etc...) 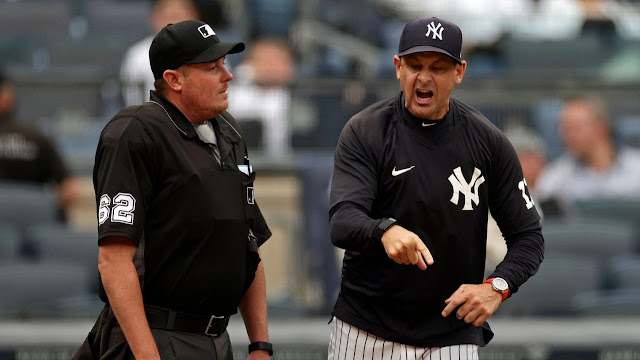 8. "Fire (Fill in the Blank)" - I get it. Hirings and Firings ARE part of the sports industry. No one really keeps their job, or at the very least, leaves a job on their own accord in professional sports. However, Yankees fans are always so fixated on firing someone to make a point - rather than to solve an issue. 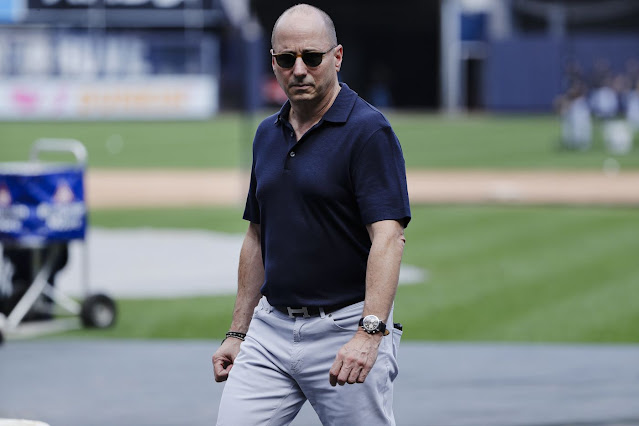 7. Analytics - This is part of a bigger baseball culture problem, but as of late, it's been interesting to see how this topic has split the Yankees fandom. The Yankees haven't won since they started using analytics!!! (More on this 2009 stuff in a bit).
Well, this is just where the sport (not the Yankees) is. You can make an argument that maybe the Yankees usage of analytics and the applications of their assessments are not working, but the use of analytics isn't some evil application or cloud that hovers over Yankees universe.
And no, we didn't know Mickey Mantle's exit velocity. But Joe Dimaggio definitely utilized launch angle in his swing. That's tough for some to hear or accept. 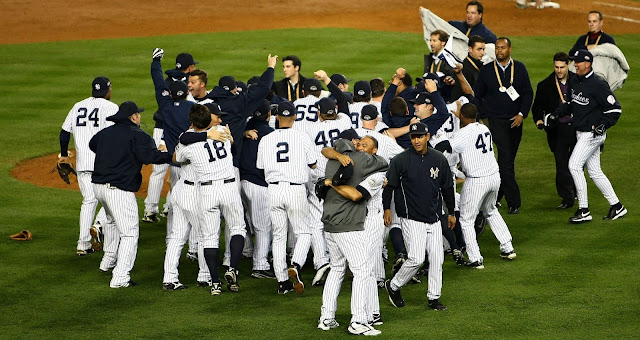 6. "...Since 2009" - No World Series Title since 2009. Which of course means, nothing good has happened since. Just pick a category or a measure of success...nope, they haven't done anything well since 2009. This team has been an abomination to baseball and Yankees fans since, yes, 2009. 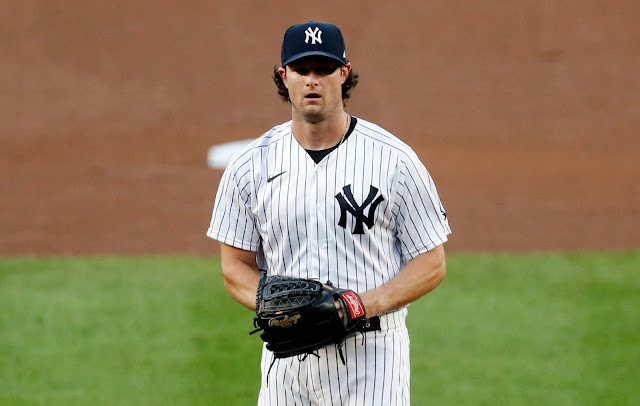 5. Payroll Contradiction - A favorite of mine - possibly tied to the Yankees fan's jealousy of the Tampa Rays (yeah, I said it). You just gotta love the one moment where there is the feedback of outrage to go with the "prospects", or that we need to play small ball (you know, like Jeets and them') or being fed up with the high salaried bloated roster - ayyy yo, da Yankees don't need no large payroll to win, bro!
Then there is the sudden outrage when the organization refuses to go over the luxury tax (which ends up giving money to the Rays to ultimately defeat you through revenue sharing) and everyone acts like the Yankees are being ridiculous in their belief that 210M is enough. DEEEESSSS BUMS!!!! WE'RE DA YANKEEESSSSS, WHO CAYYYASSS ABOUT MONEY?!! GO SIGN EVERYBODY! 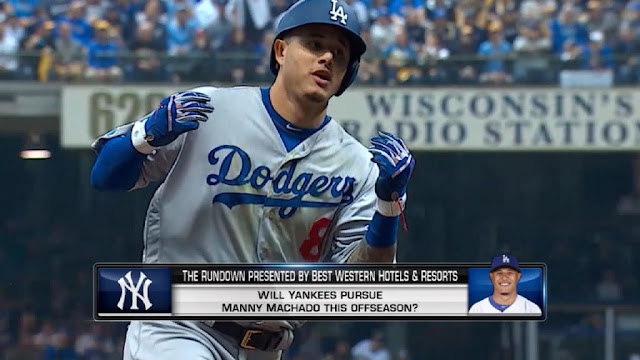 4. Free Agency Projections - Much like #5, this is when the Yankees fan wants management to sign everyone on the free-agent market because it quite frankly is a realistic goal. DEY GOTTA SIGN MACHADO AND HARPAH! ANDEN! OPEN THE BANK FOR OHTANI! AND GIVE THE GHOST OF DEREK JEETAH WHAT HE WANTS! ANYTHING LESS IS A FAILED OFF-SEASON!! IF GEORGE WERE ALIVE, THEY ALL WOULDA BEEN FITTED FOR PINSTRIPES ALREADY! 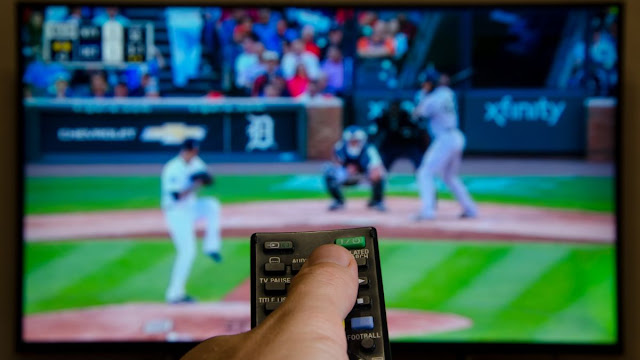 3. Isolation Fandom - Another favorite frustration of mine is the Yankees fan who only watches, well, the Yankees. I get that baseball is a regional product, however, I find myself always annoyed with the Yankees fan who has little or no understanding of what it must be like for other fan bases. Or, no understanding of what the discussed topic at hand for the Yankees is in comparison to other baseball teams around the country.
The perspective typically is wayyyyyyyyy off. Thus, we get what I'm doing this Pondering 10 on right now. 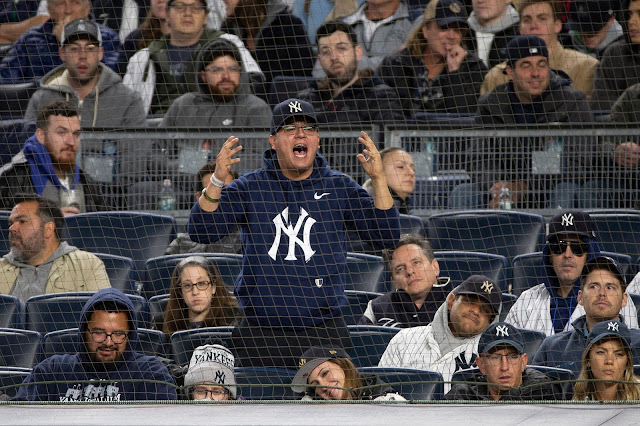 2. "Wacky Trades/Roster Management" - This annoyance is actually entertaining. This is how these typically go on sports radio:
Long time Yankees fan here, I gotta trade for you. The Yankees should package everyone we don't want as a fanbase (or someone currently out of favor with us at the current point of this season) for someone else's superstar that we should have, because, we're the Yankees.
Thanks, I'll hang up and listen to what you think.

1. "If George Were Alive" - And finally....this one drives me crazy.
Look, George Steinbrenner was an amazing owner. And from what you read, a very generous and philanthropic individual. Was he perfect? Absolutely not!
The legend of "George" has grown into this myth that he tolerated nothing bad, and would never allow such mediocrity under his leadership.
The truth is, George at one time was suspended from baseball. NYC loathed him as an owner at one point. If not for Gene "Stick" Michael, he may have traded away all of the key components of that 90s dynasty run out of compulsive decision-making. It's been stated many times, he had deals lined up for Mariano Rivera and Bernie Williams!
However, a good leader knows his weakness and he came around to positioning himself where his strengths were better suited for the success of the organization.
Please stop using ridiculous logic such as when the Yankees leave a small village on the bases for a game by stating, "if George were alive, this wouldn't happen".
It's tired.