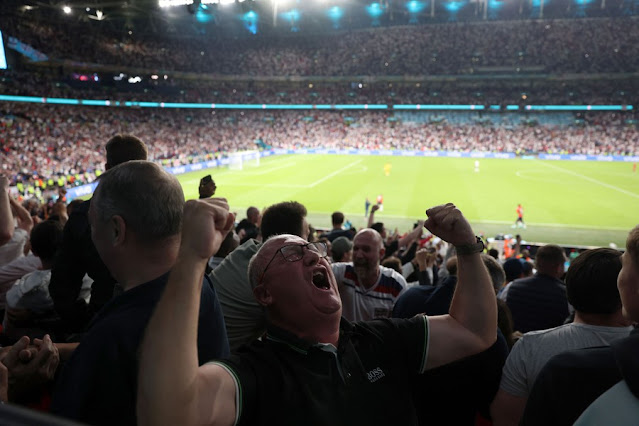 1. Zaila Avant-Garde - The world was introduced to Zaila Avant-Garde, the 14-year old who became the first black Scripps National Spelling Bee Champion. Not only did she etch herself in history, we were privileged to learn of her amazing talents as a basketball player, and that she also holds a Guinness World Record for a dope ability to dribble multiple basketballs at a time. Now, Zaila is enjoying the spotlight and the college scholarship offers roll in. Again, she's just 14! Go on girl.

2. Sports Week - A big UFC fight. Tampa Bay Lightning winning the Stanley Cup. The NBA Finals. COPA America Finals (and Messi finally getting his International victory). EURO Finals and Italy taking it back to Rome. Wimbledon Finals. USA Basketball. Everything that was Gerrit Cole's moment on Saturday for the Yankees. And so much more! It was a great weekend to channel flip and find something terrific that sports bring and give us.

3. Confederate Statute Removed - The Robert E. Lee statue in Charlottesville, Virginia was taken down. No need for me to go on about this - it's just right. Don't come at me. It's. Just. Right.

1. Haitian President Assassinated - Hearing this news was just wild to me. It felt like something out of a Jack Ryan series. President Jovenel Moise was assassinated in his home and his wife left in critical condition in an act that has shaken the country and left it unstable. Furthering the chaos that is this story, the killers remain at large and the plot of those involved is unfolding (so far, 26 people involved!). So unfortunate. So crazy. So...wild.

2. Crazy Weather - Continuing with "wild" occurrences, that is the current weather. Just here in the Northeast we've endured 100-degree weather and torrential downpour that has flooded streets, Subways, and more. Out West, there are droughts that have scorched the Earth and have ignited all sorts of wildfires. North America is seeing some funky weather (see: Canada being over 100 degrees) and some troubling sights (Chicago beaches beginning to erode).

Then there is THIS story.

3. No Olympics Fans - Well, just when I give a nod to Sports this week, which has seen an increase in attendance, really, the lifeblood of sports, the Olympics and the raging Coronavirus in Tokyo will look very much like what we just endured (and want to forget) with no fans at the games. That's going to make for some really tough television.

1. Billionaires in Space - I think having casual trips to space is kind of cool. However, I do find it really hard to get pumped about when it is the world's billionaires doing it in such a casual manner. I find it hard to celebrate it when there are so many issues right here on Earth. I know, I know, but that's just me. Richard Branson's trip to space...the story just resonates "ehh" with me.