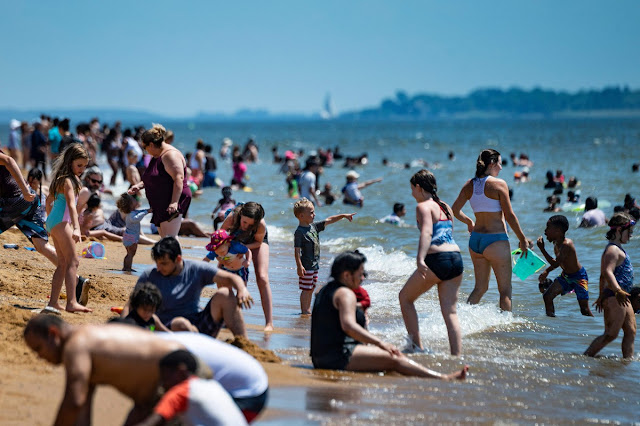 1. July 4th Weekend - It surely was nice to have a holiday weekend that felt somewhat normal-ish. Yes, there is still so much to unpack regarding feelings around "independence celebrations", but regardless, the weekend provided a small ability to gather, see others, and do something un-pandemic-like.

2. Chris Paul & Shohei Ohtani - I'm giving both of these dudes an "Up" this week. Ohtani gets it because well...the guy is freaking awesome! He's pretty much a video game-created player come to life with his performance as a hitter and pitcher this year. And of course, there is Chris Paul, the 36-year-old who is finally - FINALLY! - going to play on the game's biggest stage of the NBA Finals. His emotion was awesome to see, and it's easy to root for a guy like that who endured the grind.

3. Fast and Furious 9 - We all pretty much laugh at the evolution of these characters, their abilities, their purpose, and well, even the outright storylines (nonsense?) woven through this franchise. Nonetheless, we all still watch. Kudos to F9 for raking in over $500M this weekend. I'm sure I'll see F9 soon...complain about it...then someday watch F10. :::shoulder shrug::::

1. Arizona Supreme Court Ruling - Everything that is the Voting Rights Act of 1965 continues to erode as this week a Supreme Court upheld Arizona's latest bills restricting voting access throughout the state, thus largely affecting marginalized groups. I continue to say it, this is bad. Actually, gross.

2. Bill Cosby Release - Like, what?! For real, we released Cosby? Seriously?!

3. Sha'Carri Richardson - Yeah, this kind of sucked. Especially after her awesome viral video where she let the world know about her mother's death and her continued push for an Olympic spot. I get the enforcing of the rule, because it is indeed a rule. She know. However, it's a stupid and tremendously outdated rule. From this decision and of course THIS horrific one, this week has been a terrible look for the IOC.

1. NCAA NIL - The gates are open! And we're seeing so many athletes already landing opportunities to capitalize on their name, image, and likeness.

2. Trump Investigation - This seems farrrrrrrrrrrrrrr from over. This week's indictment is surely just the beginning. Stay glued to this...

People play on the beach and in the Chesapeake Bay as they try to escape the heat at Sandy Point State Park in Annapolis, Maryland, on June 29, 2021.