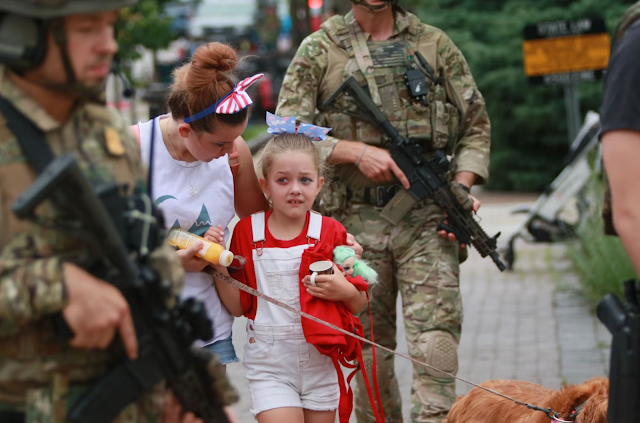 3 Up
1. Father/Daughter Heary Surgeon Tandem - We often praise the rarity of these "team-ups" in sports. Look no further than the slow burn just that is the potential scenario of Lebron and Bronny James in the NBA. However, THIS story was easily the coolest thing I came across all week. Imagine not only still on top of your "game" long enough to continue performing surgeries, but having your daughter make it inorder to share an operating room? That's generational talent in a big way!
2. Sandra Douglass - We're still seeing so many firsts in the world regardless of where we are in our quest for equality, and this is yet another one. First Black Female in NFL history. That's really cool. Especially, in the world of the NFL. Good stuff.
3. Wimbledon Winners - Congrats to (back-to-back) Men's Champion Novak Djokovic and Elena Rybakina on taking home the victory at Wimbledon. Especially for Rybakina who wins it at 23 - twenty-three-years of age! Wow.
3 Down
1. Mass Shootings - Well, this week, we got more of the same - a tragic mass shooting on July 4th. We even saw a rare shooting overseas at a mall in Copenhagen. What is wrong with humans?
1A. Baby McCarthys - I can't even type it all out, but the two-year-old child left behind on earth as an orphan after both parents were murdered at the Highland Park parade...ugh. Just...ugh.
2. Assassination of Shizo Abe - More gun violence this week as Japan saw a rare murder by gun as their former Prime minister was assassinated while giving a speech. The country which has a strict no-gun policy is horrified and is now looking to strengthen laws to ensure this doesn't happen going forward.
3. Vince McMahon Allegations - Wrestling fans hearing this news aren't surprised in the least. And part of me does think this is the beginning of so much more to fall out. Could this be the end for Vinnie Mac at the helm of the WWE?
3 Interesting
1. Subpoenaed Politicians - I have so little faith in anything happening to some of these clowns who have perpetrated the big lie. But the fact that they have summoned does interest me. Could it lead to something more? :::shoulder shrug::::
2. Sri Lanka Protest (over bankruptcy economy) - Unhappy with their leadership and their handling of what has become a failed economy, the people of Sri Lanka protested by all occupying the President's home. The Prime Minister and the President both resigned the next day.
3. Ja Morant Statement - "I would've cooked him too." I get the statement in remaining confident, and of course the soundbite for headlines, but come on, man. We talking, MJ here.
Cover Photo
Law-enforcement members escort a family away from the scene of a shooting at a Fourth of July parade in Highland Park, Illinois, on July 4, 2022.
Mark Borenstein / Getty