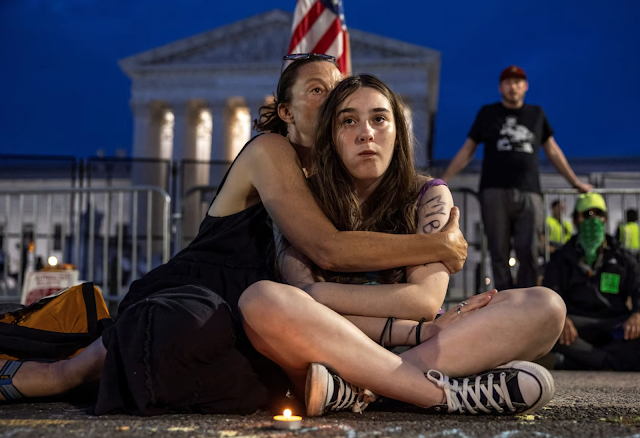 1. July 4th Weekend - The holiday is a myriad of emotions and perspectives. From appreciation for what we do have, to the frustration of what we don't - an internal battle of this great worldly experiment that is the United States of America. And of course, there are those who completely miss the moment of the holiday. Regardless, it's special, and there really isn't anything wrong with how you embrace your thoughts, feelings, and connection on the day. Celebrate the best, and mourn the worst.

3. NBA Free Agency - I was glued in all week. Of course, filled with nerves about what my New York Knicks would do, but also, all the drama that is NBA-free agency. And then, of course, Kevin Durant said, "oh yeah, hold my beer".

BTW - Here are my quick thoughts on Kevin Durant shaking up the Sports World.

1. 46 Immigrants Found Dead - Such a sad and horrific story, yet it's far too common when it comes to our immigration policies and practices, as well as the smugglers who profit off of such dangerous operations.

2. Jaylen Walker Shooting - 60 shots is excessive, but, we've been here before. SMH.

3. Bangladesh Floods - In further worldly news, over 7 million people are in need of emergency relief and housing after floods have displaced them. Just a super sad occurrence tied to further extreme weather patterns.

1. Cassidy Hutchinson Testimony - Umm, wow. First of all, kudos to Hutchinson on coming forward - that is some fortitude for a 26-year-old to have on this kind of stage. Regardless, her testimony has been overwhelming and has made the ongoing January 6th hearings soooooo interesting.

2. Kevin Durant - I think enough has been said on this topic...and will be said until he's moved.

3. Patriot Front Group March - Even on this July 4th weekend, where feeling America is a thing, I don't believe I've witnessed a time in my life on this earth where this type of stuff has been so normal. These dudes, just marching down the street in Boston. What a time...

Lisa Turner holds her daughter, Lucy Kramer, during a candlelight vigil outside the U.S. Supreme Court in Washington, D.C., on June 26, 2022.