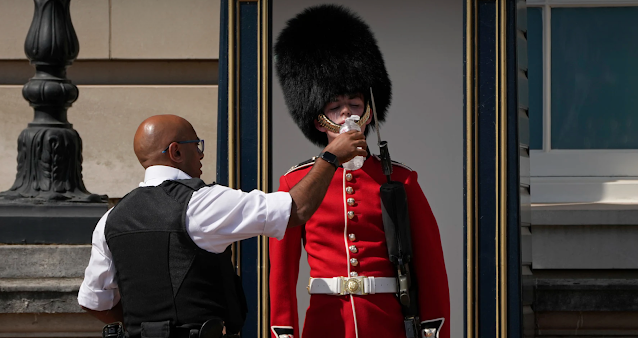 1. Codifying Same-Sex Marriages - In a world where things feel like we're headed backward, or at the very least, are aiming at stripping the fundamental freedoms and rights of many, this felt like a small win. I'm giving it an "up" for the sole reason that there is resistance to what feels like a movement that benefits some - we've seen this before in our history. Also, it gets an "up" for realizing the Dems could do something - anything. Because they haven't...

2. Hall of Fame Inductees - It's always cool to see baseball honor its greatest of the greatest. Yes, we complain about it every January, but by July it's legit a celebration session. I just wished they wrapped these ceremonies into the All-Star break. Why does it compete with actual games?

3. Marvel Announcements - SOOOOO many announcements of anticipated movies, shows, and outright goodnight from the Marvel world. The next five years look great if you're a fan. And that Black Panther trailer? Yes, sign me up.

1. Extreme Weather - I could go the route of global warming and all of that, but sometimes that just seems like writing into an echo chamber. Yo, England - ENGLAND! - of all places is buckling under extreme heat. Things continue to change. I'm not sure what else we need to experience for us to take notice.

2. Monkeypox - The CDC is back in the news once again (great...) and now Monkeypox has been bumped up a notch in urgency around the world. Just when you think we're inching back to "normal".

3. January 4th Hearings - The last few weeks I've placed the January 6th hearings under "Interesting" because, well, it was. After this past week of watching evidence and random clips of our former President, who did not act to protect the Capitol, how could I not?

These hearings continue to be so, so interesting, especially in the cowardice and fraudulence displayed by so many of these "politicians".

A police officer gives water to a British soldier of the Household Division, wearing the traditional bearskin hat of his unit, on guard duty outside of Buckingham Palace.