Wrestling with the Legacy of Vince McMahon 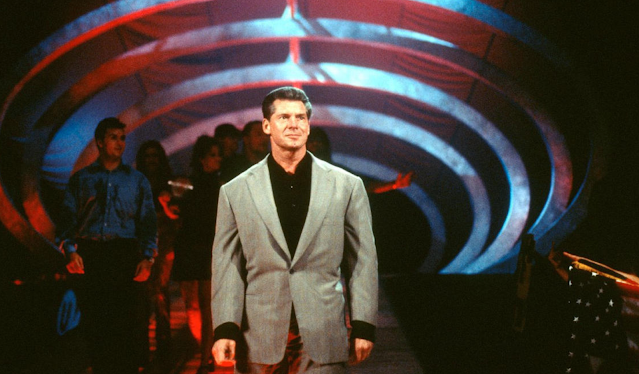 I never thought the day would come that Vine McMahon would NOT be a part of the WWE. Not that I didn't believe he didn't age, but because that's all wrestling fans know. And everything about him and his past has overcome periods of doubt that we thought a change - of any kind - would occur.

In many ways, McMahon is synonymous with the term "wrestling", as is the WWE.

But here we are. Change of the guard.

It's hard for me to understand or capture everything that is Vincent Kennedy McMahon (and yes, I announced his name in my head in that classic Mr. McMahon character voice). As a pro wrestling fan, I owe so much to him for providing moments, emotions, and memories that bond my relationships with my father and closest friends; have narrated the chapters of my own life; and yes, have shaped my own life with sayings, reactions, and thoughts conditioned by my fandom.

He's the brains behind it all. He's the man that deserves so much of the credit for it.

The wrestling industry itself owes McMahon a great deal as well. Without him and the WWE's prominence, pro wrestling isn't as mainstream and as part of the entertainment medium's feed and appeal as it is today. It still strikes me sharply the way wrestling is covered on ESPN, CBS Sports, and so many other platforms where it would never - ever! - have been mentioned many years prior.

For me, as a professional who hosts and creates events, how can you not appreciate the genius in McMahon's ability to market, brand, and develop established entities?

Look no further than the monstrosity that is now Wrestlemania.

Really, the story of the entire WWE is a fascinating book or documentary waiting to be told (you know, one without the WWE's influence).

But, there is also Vince McMahon - the person. The man who escaped a steroid trial in 1992 despite popular (and prominent) evidence that he was supplying wrestlers with the drugs. The man has a history filled with questionable moral decisions, including the latest allegations and dug-up stories that brought his career to an unceremonious and abrupt end.

Sealed non-disclosure acts of silencing women he's forced into sexual acts? That's awful. Like, just a bad person kind of stuff. As much as WWE "history" tries to gloss over the real occurrences, for fans of pro wrestling, it's not hard at all to put together the pieces in regards to the careers of women wrestlers, and the various unhappy women who have left the company without clear explanation, but with just enough smoke to know.

It's a balancing act of supporting the product so ingrained in us and giving credit to the professional, while also distancing yourself from the person.

Vince, in my opinion, is now tossed into a bucket of other artists, performers, and talented people like Bill Cosby and R. Kelly - to name a few as I punch the keys here - who have produced quality entertaining content but are now abhorred and detested as people. How do you continue to love the product and the end result without giving too much appreciation to the artist and creator?

I LOVED The Cosby Show. I've come around to accepting that I may never see a network or streaming service carry the hit show ever again. For R. Kelly, as great as The Chocolate Factory album was (and is), you probably won't see any R. Kelly ever again on my Spotify.

And sometimes, we may not know it until it's too late.

I LOVE the Mr. McMahon character in pro wrestling. It's my favorite character in the history of the industry. It really, really is. Nothing is more entertaining than surfing YouTube, swiping through IG, and ultimately sharing clips with my friends that instantly can make your day with laughter. Every clip literally, no matter how cringy, how dated, or even with a shake of the head and a deep sigh, you chuckle and utter, "Vince, man. Vince."

I honestly will have to balance that enjoyment going forward. 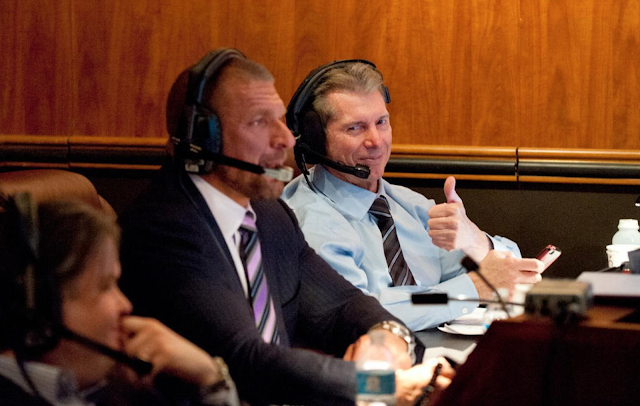 I don't see time giving Vince McMahon the benefit of the doubt. And ultimately, his legacy and star will fall from wherever it currently stands or is at the time of this post. Despite how hard those who remain running the WWE - his family and inner circle - try to influence his public perception, this does seem like the point of no return.

There is also a part of me that believes Vince isn't completely gone. There's a moment where "No Chance in Hell" hits the speakers in an arena somewhere, and we'll all lose our collective minds in nostalgic fandom superseding our moral conscience of Vince McMahon the person.

And for a brief moment, despite this all, in wrestling with our inner conflict that is Vince McMahon, we'll chuckle and say, "Vince, man. Vince."