October 21, 2011
Since the invention of television, the little tube box, now a slimmer box, that sits as the center piece of our living rooms have produced many years of entertainment. As the years have gone on, we've seen various fads and genre's of programming such as talk shows, sitcoms, drama series and games shows, thus creating various types of entertainment, and many options. With the average household having at least one television and 150 channels, our society is more in tune with everything going on around them along with the need to look in on the lives of others, the current trend in television is that of reality television. And while reality TV has developed some pretty amazing concepts (Survivor, Amazing Race, American Idol, and Ultimate Fighter), the concept has done more damage to our society than any other type of television genre. Heck, I'll be honest, I loathe most of reality television. In the following Pondering 10, we'll take a look at the top ten reasons why others that share my view dislike the reality television concept. 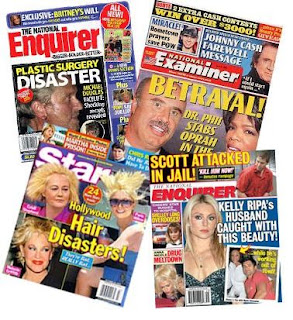 10. Feeds Tabloids - As if TMZ didn't have enough dirt to stalk, search, or make-up about others, reality television has fed the gossip beast by making more people "relevant" (and I use that loosely), and by continuing the vicious cycle of promoting tabloids, yellow journalism, and downright head scratching news. 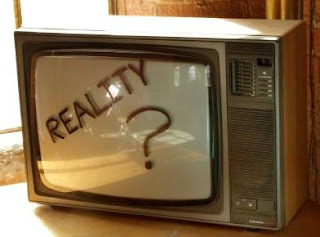 9. False Pretense of Being Real - I don't mind the reality shows that have a real concept with a real premise such as Kitchen Nightmares or even a program of For Rent on HGTV. Practical. Believable. Relateable. Real. However, shows such The Bad Girls Club and Rock of Love are ones that are cheap imitations of real life. No one acts "real" knowing they're actions will soon be on television. No one is normal with cameras constantly in their face. What has solidified this aspect for me is actually working with and permitting film companies who are looking to shoot reality shows in New York City. You would not believe how many scripts and planning goes into a scene. Reality? Yah, right. 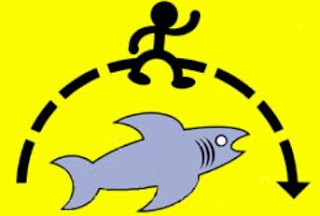 8. Jumping The Shark - Often, critics will critique a show when it "jumps the shark", and for those of you unfamiliar with the term, is describes a moment in the evolution of a television show when it begins a decline in quality that is beyond recovery. Essentially, reality shows such as The Bachelor jumps  the shark on the very first episode! Anyone remember The Real Giligan's Island!? Way over the top. Sometimes, less is more. 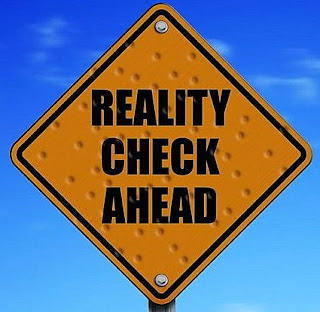 7. Ruins Our Perception of Life - I get that everyone wants to be entertained, but when these shows change the way we think or influence our society, it is cause for alarm. Jersey Shore anyone? Never in a million years would I have thought that a group pretending to have stereotypical Italian characteristics that disgustingly sleep around and say lines like "T-shirt time" be celebrated. When did this become acceptable? And why? Sadly, we believe there are people out there really behaving this way, and such, it is finally accepted and becomes normal. Somehow, humiliation, melodrama, and conflict are no longer realms of conflict and ethics, but a desensitization and departure from all values. 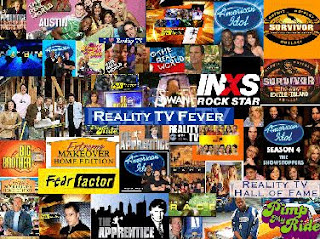 6. National Industry Pandemic - Take reasons 7-10 and realize that this is pretty much prevalent in the entertainment industry. Reality shows are everywhere due to easy budgeting costs on building sets, hiring trained actors, and having to creatively write. It saves a lot of time, money, and yes, effort. Welcome to the new America. Everyone has a reality show, and everyone watches a reality show. What happened to wanting to be taken away from reality when entertained? 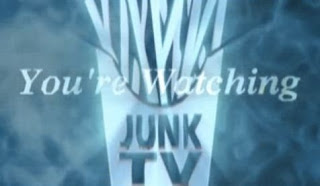 5. Pointless - This is easy. We all know how brainless some reality television shows are, and honestly, I can see the attraction to such television. Sometimes we need to just be entertained without having the brain power light on. But come on, Real Housewives of (pick any city). Pointless! And very mind-numbing. 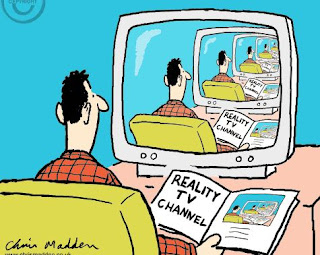 4. Inflates Society Narcissism - Why is it we never ask why people choose to have their own reality show? Are you that jaded about how much everyone loves you, or do you just love you that much? Either way, as Americans, if our ego and confidence haven't been grossly annoying already, we have developed a culture where we believe everyone in America wants to see our lives every week. 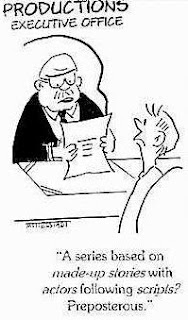 3. Erases Art Forms - I urge everyone to ask any training or experienced actor about their feelings on reality television. Go ahead, I dare you. I've done it, and it isn't pretty. Expect a long explanation of "erasing the art form". With less and less opportunities for actors, the art form of actually acting and performing is dying. What's even worse, is the decreasing need for creative writers in the industry. As a lover of creative writing, and well, writing in general, that just downright annoys me. 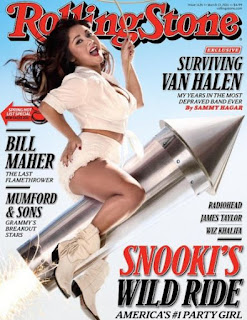 2. Making Celebrities Out of Nobodies - Snooki? "The Situation"? "Rob Kardashian? Who were these people before their respective shows. Now, they are amongst the faces and names of whose who in America. Yet, please, someone, anyone, tell me why they deserve celebrity status? What are their true talents? Still waiting... 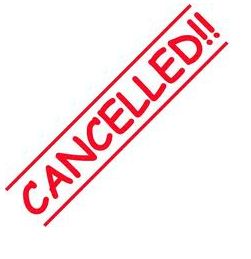 1. Cancels Good Television - As mentioned in #3, good television shows are moving to the wayside as the general public moves toward reality television. It amazes me how networks, like NBC for example, can pick up shows like Betty White's Off Their Rocker, a failed rip-off of American Idol in The Voice, Who Wants To Marry My Dad, and I'm a Celebrity, Get Me Outta Here, yet, not even promote and eventually force the cancellation of what is finally being realized industry-wide as one of the greatest television shows of our time in Friday Night Lights. Yes, I'm bitter. You damn right I'm still bitter! It drives me crazy when I see commercials for these insane concepts, yet, my guys from Dillon, Texas were forced off.

Nonetheless, it seems the age of shows such as The Wonder Years, The Cosby Show, The Fresh Prince of Bel-Air, and Seinfeld are no longer. And that is a shame. A crying shame. And that, is reality.