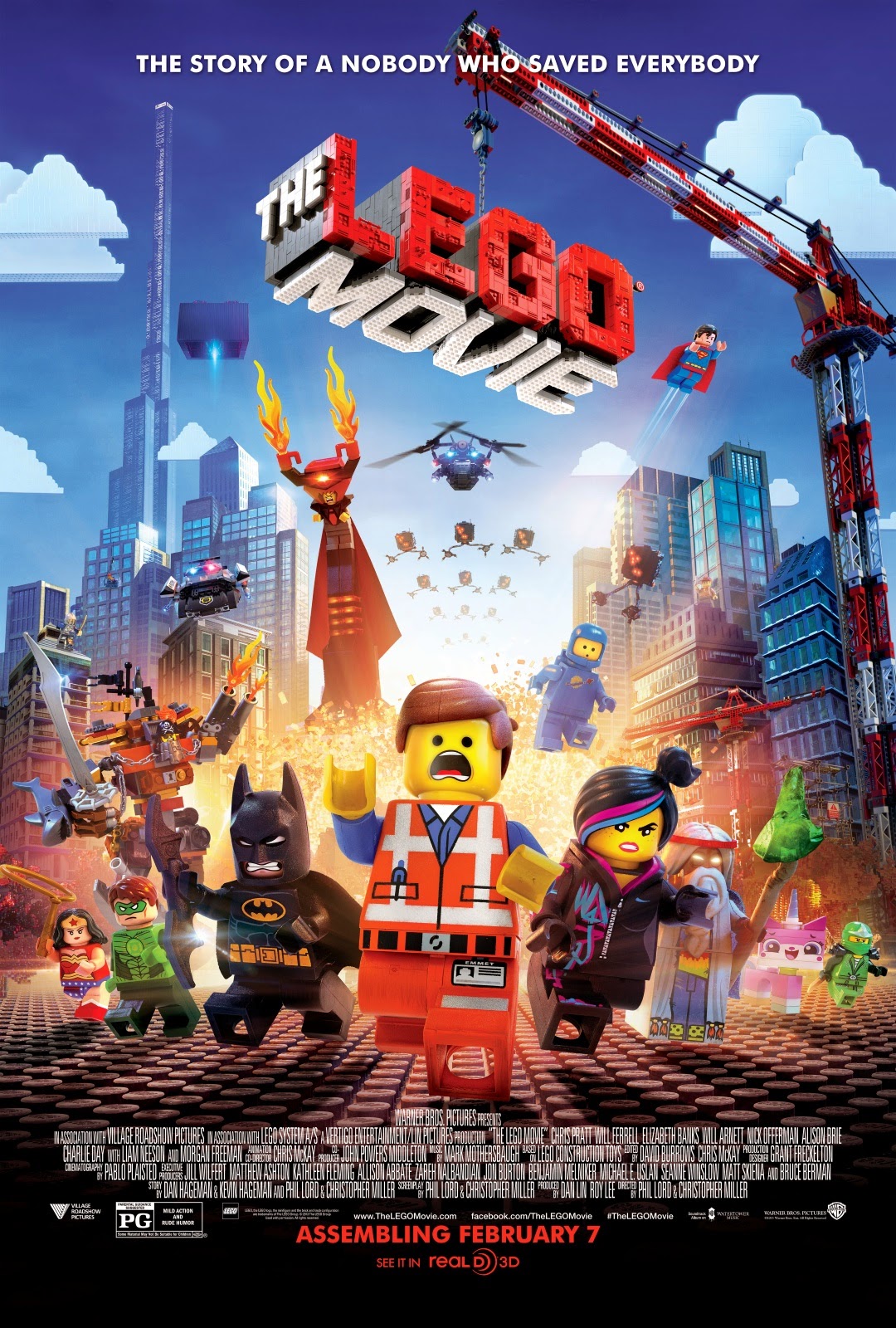 An ordinary Lego construction worker who struggles with attempting to fit in is accidently "prophesied" as being the "special one". He is then selected to lead the charge against an evil tyrant who has plans to glue the Lego universe into an eternal stasis.

In explaining the plan that Batman would need to go in as a Bruce Wayne to get the attention of Lord Business, Batman acts nonchalant about him really being Bruce Wayne stating, "Whoever that is, but that Bruce Wayne guy seems....really cool".

Vitruvius: We are entering your mind.
Emmet: What?
Lucy: I don't think he's ever had an original thought.
Emmet: That's not true. Introducing, the double decker couch so everyone could watch TV together and be buddies.
Lucy: That's literally the dumbest thing I ever heard.
Vitruvius: Let me handle this. That idea is just the worst.
---
Batman: I only work in black and sometimes very, very dark grey.

I absolutely loved this film. The Lego Movie is really a tremendous watch for anyone of any age, especially those who played and used Legos in their lifetime. However, what really makes the film standout is it's witty humor that borders on similarities to the Toy Story series.

From Krazy Glue, poking fun at Batman man, to using all of the different Lego sets ever created, the film is filled with laughter and comedy spoofs. Not to mention, the great plot line/message of "master builders" who offer creativity as opposed to those who want to build according the instructions. A fantastic plot line for such a movie - something all Lego users can relate to.

Also, visually, the film is A-plus. You just have to love how everything is depicted as Legos. From water being poured, to clouds moving in, to laser be shot, the film does the Lego brand justice.