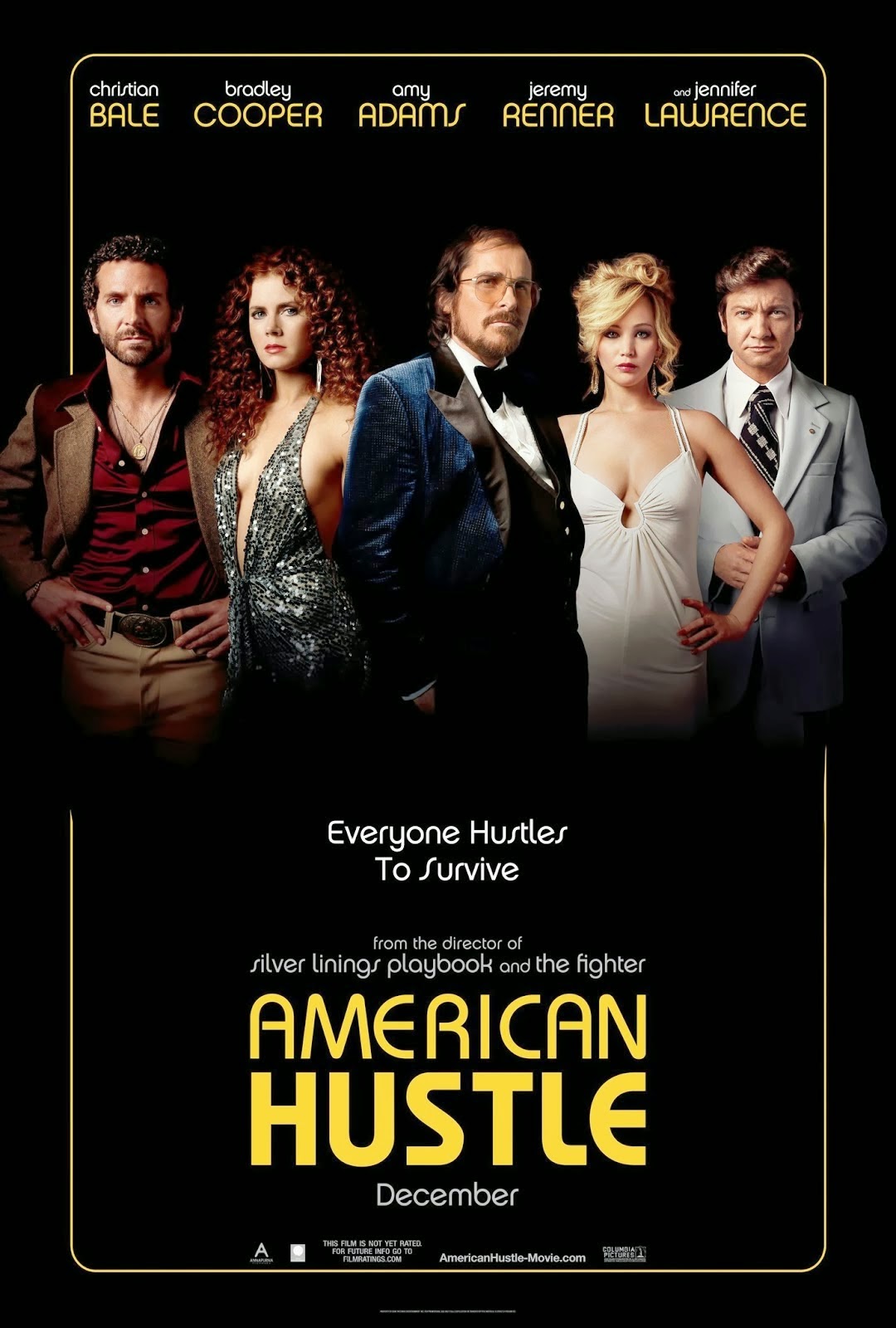 Two cons are eventually caught and forced to work with the FBI in order to receive immunity and release. What ends up happening is them becoming wrapped up in a world of politics, the mafia, and other issues well beyond their league.

After a scheduled meeting between "The Sheik" and developers from Miami, who really are the mob, the entire situation almost blows up when Arabic is spoken to the fake Sheik.

"Did you ever have to find a way to survive and you knew your choices were bad, but, you had to survive?"

American Hustle, as I'm sure you are well aware of by now, is a great movie. After seeing the film, it is pretty evident why the film was nominated for Academy Awards in various facets of cinema. The film's writing is superb, the acting is an all-star cast (Christian Bale is phenomenal in this film), and of course, the scenery and wardrobes are fantastic. Really, the clothing and styling in the film is really, really, fantastic. Great job by the stylists.

There really isn't anything that can be said that hasn't already. American Hustle is a superb film. Catch it when you can.