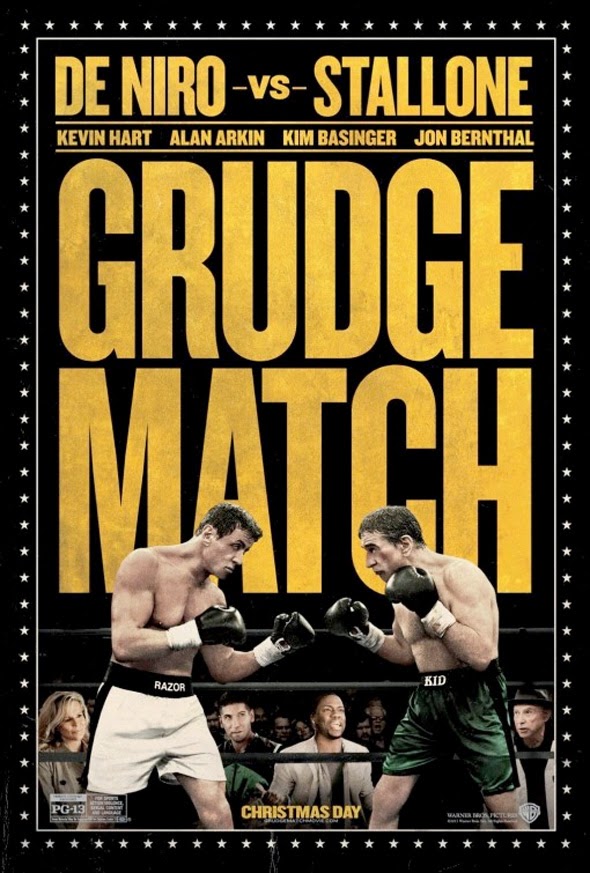 Two boxing rivals with personal conflicts never truly settle their dispute with a rubber match. After thirty years of hatred, frustration, and agony, both men come to ahead to finally solve their inner issues and put to rest their longstanding dispute.

After seeing a special documentary on television highlighting Sharp and McDonnen's history, Dante Slate Jr. goes to Sharp's house to begin the process of cashing in on the boxers' history.

"Boy you must have been really tired. You fell asleep with a lot of people!"

How many people thought of Rocky and Raging Bull colliding when they decided to sit down and watch this movie? From the trailer and the description, the film looks like a spoof for Rocky Balboa and Jake LaMotta, or at the very least, something that was made to touch on the light parts of both films. Oddly enough, this film has those moments, a few more, but for the most part, that's all.

I found Grudge Match to be an alright film that provided moments of laughter largely due to Kevin Hart and Alan Arkin, but for the most part, it just felt like it never got to that second or third gear. The plot is actually tremendous, and you really begin to buy into the hatred between the two characters portrayed by Stallone and De Niro. However, the back end of the movie leaves a lot to be desired. Especially, the sappiness in the latter stages regarding their personal lives and what occurs in the actual fight. And the end just comes of out of nowhere and leaves the story up in the air.

Don't expect much from Grudge Match. It's not a terrible film, but it's definitely the kind that you will find on your cable channels on a weekend opposite something of more significance.