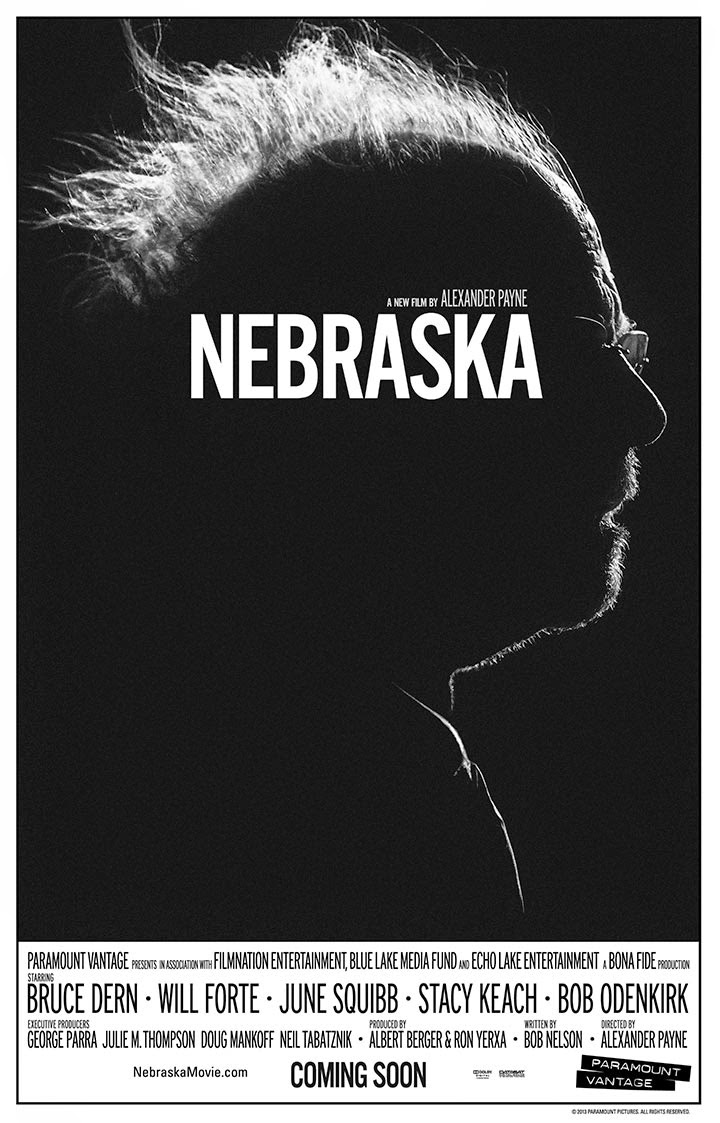 An aging, booze-riddled father believes he won a million dollars, and eventually gets his youngest son to take him to Lincoln, Nebraska to claim the "prize"

The two Grant boys decide to steal what they think is a compression owed to their father from Ed Peagram. Instead, the Grant parents mistakenly identified the house, and then had to cover as the boys return the stolen compression.

Nebraska is a very charming and well-done film. However, truth be told, it isn't for everyone. It's slow moving, clever, and leaves a lot to the viewer for interpretation and what they plan to take away from it. Truly, that's what makes the film so great.

Speaking of great, besides the clever writing, the scenery of small town USA, and the acting (especially Bruce Dern who was great as Woody Grant), Nebraska shines in the tale of it's character portrayals. All of the characters are unique, but rather strange enough that it is true and relative to most viewers. Also, you have to love how all of the characters have different dimensions and depths with most of them at one time seeming like bad people and at other times with truly good intentions. You see this the most in the immediate Grant family of Woody, Kate, and Ross.

Overall, it's hard not to see what the Academy saw in Nebraska. It's a terrific film that teaches us about the past, the hidden story behind all of us, and the touch of redemption we all have inside.

Again, a film not for everyone, but if you're into progressing story lines and deep characters that are left to the viewer to decide then you will really enjoy Nebraska.