When You're King Like the NFL, You Rule and Are Pardoned 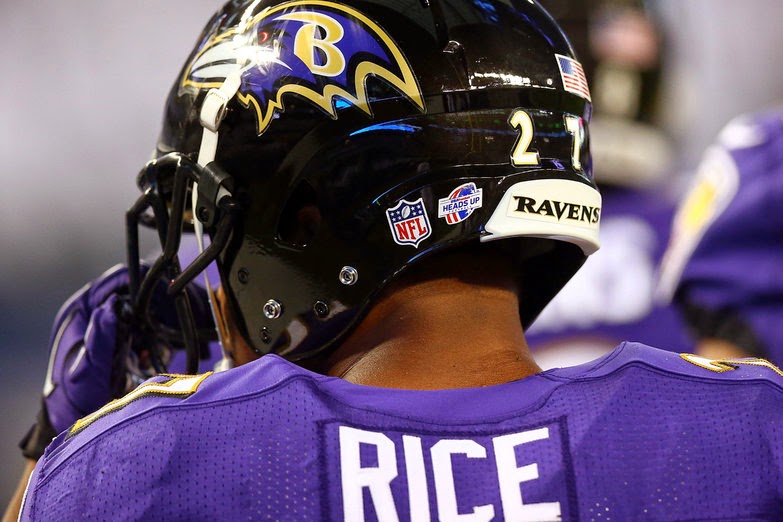 Wait a minute. Just hold on a second. Am I, like every other person, supposed to believe that the NFL just discovered this video of Ray Rice knocking the hell outta assaulting his wife? I'm supposed walk along the same train of thought that the NFL just saw or was aware of this video along with everyone else today when it was leaked by TMZ? Really? Really?!

We hear it all the time, "The NFL is King", and you know what, the league thoroughly proved it today when this video was released and logical thinking set it. After all, the league suspended Rice for two games (a complete joke), then created a new initiative to govern players and domestic violence mandating a six game suspension, and now that this video was released, they are indefinitely suspending Rice, totally ignoring the new initiative. Again, come on!

I'm sorry, but if any other sport acted this way, with a lack of proper and thorough investigation, action, discipline, and ethical sustenance in regards to it's players and legal run-ins, they would be shunned, ridiculed, lambasted, and mocked for the failure to handle this situation. It's a downright gross negligent act on the NFL's part. But after all, the NFL is king, and the league gets away with. This time. All the time. Every. Single. Time.

Because the demand is so grand, we don't hold the fire to the feet of the sport the way we do with the others. Some sports couldn't even afford a PR or controversial hit of this magnitude. Look what the labor strike in the NHL did to hockey in 1995. Baseball is still paying for the "steroid era". And the NBA will be bantered about for sure regarding the recent racial diatribes by front office members in the league. The NFL can take these hits, and keep moving. The league knows it's king and indestructible, and will continue to do business that way. No repercussions or damage will be done to the shield. A nine billion dollar industry (and growing) is just too powerful.

Again, are we supposed to believe such a powerful industry couldn't get security tapes from a casino during it's investigation? Heck, MLB were able to go to the ends of the earth, even getting into business with criminals and other lowlifes to uncover the Biogenesis scandal. The NFL couldn't get a security tapes?! Especially pertaining to a legal matter that may affect his employment? Again, c'mon.

Scarier to think is the thought -  did they even try to get the video?!

But this is common. No other league deals with as many crimes and egregious behavior as the NFL does with it's players, and even some of it's owners (see Jim Irsay).

It's a shame. Because the fact of the matter is, while the suspensions and the release of Ray Rice only occurred because of this leaked video, all this proved was that the NFL was caught in it's bid to not take action, and to turn a blind eye to the situation. Especially considering that all legal and prior testimonies as well as the "investigation" by the NFL remains the same. It's the same laissez-faire approach the sport takes with it's super lame approach to curbing PEDs and other performance enhancing drugs. There is a certain arrogance the NFL and it's business culture conducts itself with, simply knowing it's approaching an aura of invincibility.

Because of this nation's love religion of football, we just don't care that much. It's true. Sure, it will be a big deal for awhile, and some will take more action and possibly even protest in anger towards Ray Rice rather than the league, but that is what is expected now. It's become the norm. For some reason, the integrity we hold to sports such as baseball, basketball, and others just doesn't apply to the game on the gridiron. And because of this, the NFL is King. And when you're king, you can do just about anything you want.