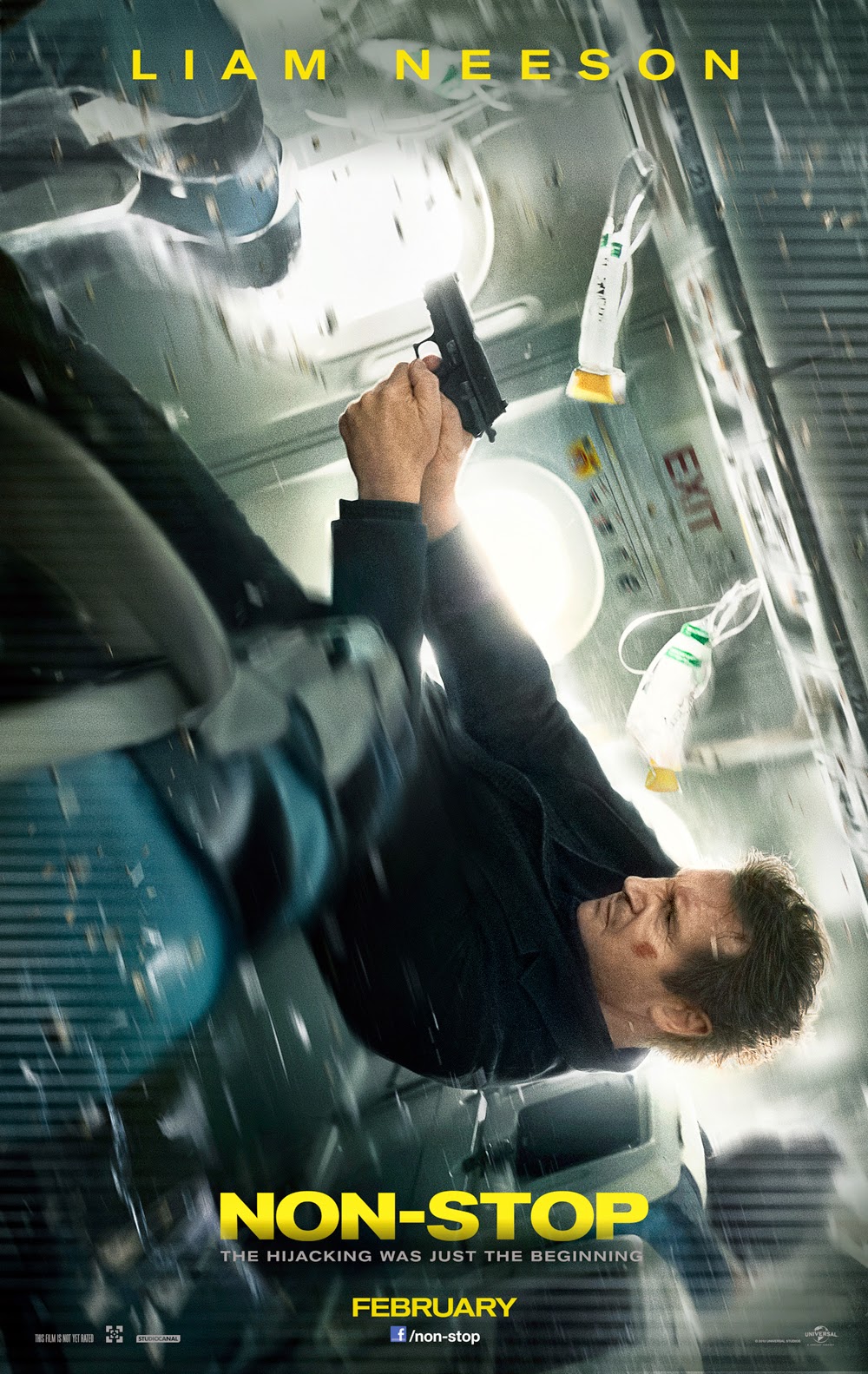 An air Marshall receives text messages which compromises the situation on a Trans-Atlantic flight and also frames him as an on-board terrorist. He must find the suspect and save the flight from doom.

After thinking he had it all figured out in regards to who was the killer, the then suspected person abruptly dies due to poisoning leaving Bill back to square one with a ruined image and running out of time.

Bill Marks: I hate flying. The lines. The crowds. The delays...
Jen Summers: I always kinda liked it. Six hours. One seat. Nobody can get to you.

Forgive me for saying this, but after Taken and Taken 2, I find it very hard to take Liam Neeson movies serious. Immediately after seeing the trailer regarding Non-Stop, I could not help but expect what we got from Taken - an over-the-top "thriller", and that's what Non-Stop is.

The plot is fairly far-fetched, but is intriguing enough to hold you until everything begins to unravel. Characters suddenly switched, turned, and frayed making the ending unbearable. There are so many things that didn't add up in Bill Marks' quest to save the plane that it really hurts the film. For example, without giving away spoilers, the reasoning and motives for the eventual antagonist actions are very, very, weak. Also, the character of "Jen Summers" played by Julianne Moore was simply head scratching.

Non-Stop is OK for something not too serious. However, if we're talking quality, then expect what most of these rinky-dink action thrillers usually offer - little logic, head scratching occurrences, awful characters, with an action hero that saves the day.

Final say: watch at your own risk.