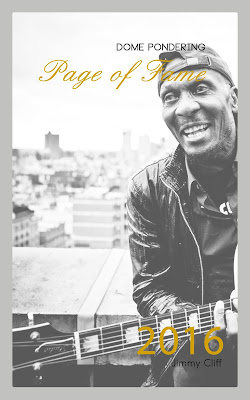 As a kid, I remember hearing the tunes of Jimmy Cliff in my household and anytime I was in my father's car. My dad has always been a big fan, and instantly educated me on the musical taste that was Jimmy Cliff, especially in a country where Bob Marley received all of the accolades and adulation.

Sure, Marley is super talented, but somewhere along the line, Cliff was forgotten for his impact on reggae, and it's foray into America and other non-Caribbean places. His ability and sounds were not only instantaneously catchy, but his songs and lyrics which were feel-good, and at times, political, were refreshing and honest.


Today, Cliff remains a mainstay in my apartment here in New York City, and of course, a go-to in my car whenever the mood strikes. Jimmy Cliff, his twenty albums, and his musicianship gets the nod as the tenth inductee into the Dome Pondering Page of Fame.