Thoughts After the 2017 ALCS Loss 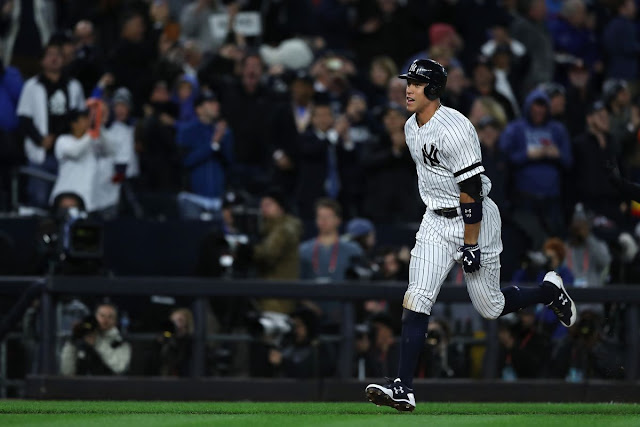 Well, it finally came to an end, and yes, I am disappointed. I know I said "whatever happens in the ALCS" in my previous post following the ALDS clincher over the Indians, but this one still hurts. Yes, the Yankees were in an unfamiliar role as underdog being in their "rebuilding" year and that's seems to be the medicine everyone is taking for this pain, but you know what? ALCS appearances don't come around too often - even if you're the New York Yankees - and going this far shouldn't ever - EVER - be taken for granted.

But instead, Houston, the better, more deserving team in the series, gets the nod for the American League.

Despite all of the emotions and adrenaline settling now that the 2017 season is over, I am in fact excited for April. There are a lot of pieces in play, plenty of money off the books (officially saying goodbye to A-Rod), and of course, there is Gleyber Torres waiting to join this young group next year.

I already see Brian Cashman returning, but I really, really - REALLY - will be surprised if Joe Girardi returns for as manager next year. Ever since August, he just looks and sounds like someone letting it bare emotionally, and even going as far as losing the coyness that comes with the job. Girardi was very candid and honest about plenty down the stretch this year.

As for Girardi, I'm also a huge fan of Girardi and have gone on record many times on this blog, and will say so again - he's a better overall baseball manager than Joe Torre was. Just my opinion....just bloggin'. 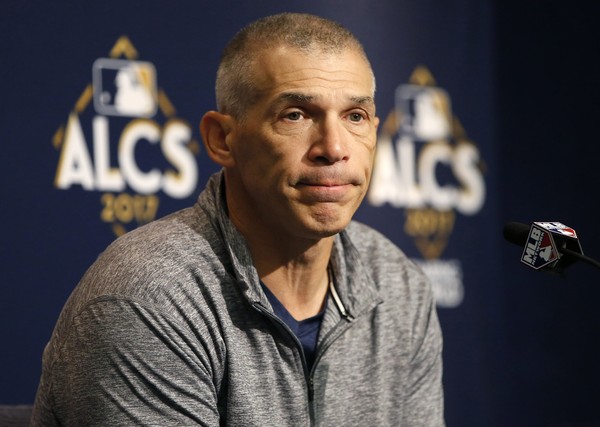 By the way, I am also a big fan of Brian Cashman as he's certainly one of the best GMs in baseball who many attempt to tear down based upon his access to cash. The trades and moves Cashman has made that go undervalued by many is absurd - Gregorious, Hicks, Castro, and so many more. But of course, haters would tell you - anyone could have done that. But you know, such is life.

Again, he's under-appreciated by many, including a fanbase that often touts themselves as "smart", but often falls short of that stature. Again, keeping it real.

Nonetheless, I expect a few changes, but it's exciting to know that there is a core in tact that will return next year. And one that will be even better than this group I loved so much since April.


From a Mets fan (seas tix) on my softball team: we're the ONLY fanbase in MLB which our happiness hinges another teams demise. Its so sad.
— Dome Pondering (@DomePondering) October 22, 2017


Finally, what's with Mets fans and their overwhelming reliance on tying the New York Yankees's failure season to their overall happiness? I don't get it. Such a warped fanbase.

Nonetheless, one more time - thank you to the 2017 New York Yankees. You've been awesome.