Dome Pondering Movie Review: The Fate of the Furious (2017) 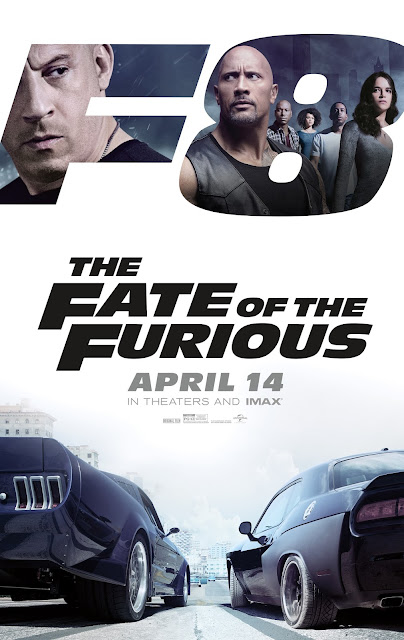 When a mysterious woman corners Dominic Torretto into aiding her in a life of terrorism and into turning on his crew, they all must overcome new challenges they've never had to deal with.

When Hobbs and Deckard are both locked in jails across from one another, they trade verbal jabs with the intent of finally having their one-on-one showdown.

"One thing I can guarantee... no one's ready for this."

The entire Fast and Furious series just continues to dumbfound me. Yes, the characters are likeable, and somehow, the franchise has garnered this equity with fans that continues to drive interest - myself included in a weird way.

However, this franchise remains a head scratcher in the art of storytelling. There were so many things in this 8th edition that left me with furled eye brows and a jaw dropped open in question. The speeding through New York City? Come on... The continuous falling cars - which was a tremendous visual, but again, so head scratching.

And of course, there is the random baby, killing off of Elena, and the laughable exit of Cipher by parachuting out of a plane that was equipped beyond belief.

Again, I don't need my films to be super realistic, but this crew has come a LONG way from street racing and stealing electronics.

In my honest opinion, this one goes into the pile of the not-so-good ones from this franchise. The obvious (and more interesting) spin-off for Hobbs is much needed. At some point we all have to smarten up to this, no? But then again, I'll still watch Fast and Furious 9.