Thoughts on Yankees Moving On From Joe Girardi 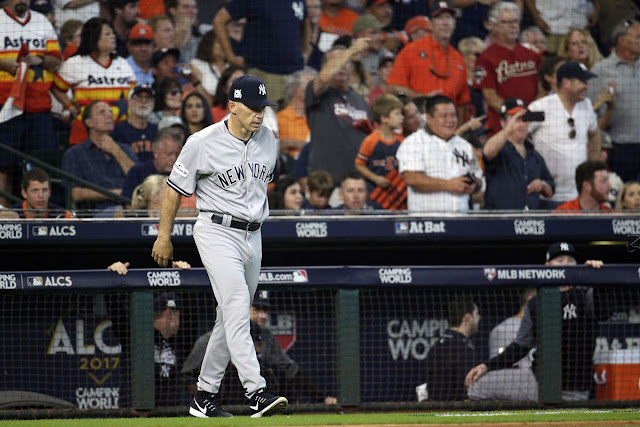 Joe Girardi's run as New York Yankees manager has come to an end. I found it fitting that Girardi was the first one to confirm the news with his letter proclaiming "The Yankees have decided not to bring me back." That statement itself says so much in terms of emotion, want, and overall, who pulled the trigger on this divorce.

Regardless, there are several thoughts this Yankees fan has after this hammer came down:

I saw this coming. Like many, this wasn't a surprise to Yankee fans who have seen Joe Girardi shift in character and reading the tea leaves around the organization. Despite the success in the postseason, this organization is in transition, and who directs the ship - or really, who takes the orders to directs the ship (more on that in a bit) - will most likely too. You just had to believe that was in play.

Ultimately, I would have genuinely been surprised if Girardi returned, especially at the price and length that he would have wanted (3 years, with a raise of his previous $4M per year salary?).

Working in College Athletics, it's stated all the time - Coaching jobs have shelf lives. Regardless of how well or successful you are, a change is needed in these jobs. Joe Girardi wasn't fired because the Yankees failed under his watch this year, the Yankees are moving on because they don't believe Girardi is the right fit for this team moving forward. And that is a VERY different way to look at this situation.

And quite frankly, regardless of how you view the direction baseball is moving in regards of who manages the team, and how they manage a team, that very way remains true:

Joe Girardi was the right guy for this job in 2008.

Joe Girardi is NOT the right guy for this job in 2018.

In the great words of John Sterling, that's baseball, Suzyn.

New York City sports talk radio was on fire following the news coming down that #28 is now available for wear on the New York Yankees. And boy, does it reek of complete and total eye rolling from Yankees fans. Really, it does.

I've come to realize as I get older that there are some who have no idea what they really mean, feel, or think when it comes to sports, other than to be upset and "outraged". Some who wanted Girardi's head on a pinstripe platter following Game 2 of the ALDS and the infamous "non-challenge" flub, were now revering Girardi's tenure and making Cashman out to be the bad guy.

New York can be beautiful at times for sports, sometimes even downright special. But there are a lot of times in between where you just wonder how "smart" this fanbase is.

I have a joke with a friend of mine who is a Mets fan, and how some within the Mets fanbase continue to want Wally Bachman as Mets manager. Regardless of his credentials of managing or player development, some Mets fans, because of his ties to good times from the 1986 Championship team, continue to feel "he's the best choice" for the Mets managerial job.

By the way, the Mets did a damn fine job with the hiring of Mickey Callaway. Look for good things there.

With that said, such is same when it comes to Yankees fans and the recommendations they would be interested in.

I'm pretty sure Brian Cashman (definitely coming back) has a list in mind, and to be honest, I haven't the fondest idea of who the favorite is. I would guess that whomever it is will be an analytical guy who will be able to develop the young core already in place, as well as the many more on their way next season. And of course, they won't be making anywhere near $4M per season.

The job is definitely an attractive one, albeit it now comes with some heavy expectations and immense pressure. But hey, that's the New York Yankees. 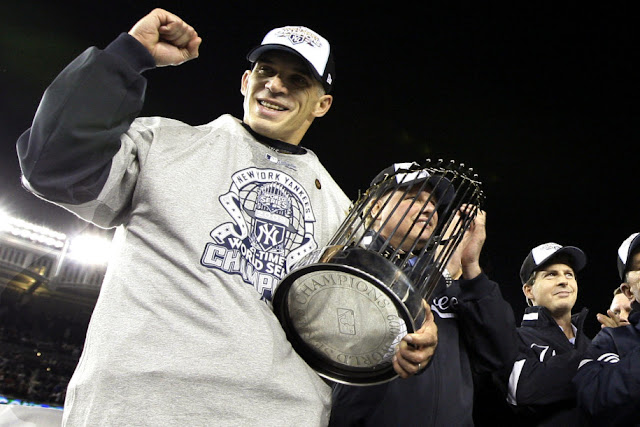 After the dust settles and emotions tamper a bit, let's call it all what it is - an unbelievable job by Joe Girardi. Say what you want about Girardi, his lack of communication, being wound to tight, and his propensity to add a "Y" to everyone's name to create their baseball nickname, but Girardi dealt with A LOT during his tenure as skipper.

Lest we not forget having to deal with the twilight years of some aging superstars names Derek Jeter, Jorge Posada, Andy Pettitte, Mariano Rivera (and his injury year), Mark Teixeira, CC Sabathia,  and oh yeah, some guy named Alex Rodriguez.

Speaking of A-Rod, how about managing all of the drama A-Rod brought to this team over the years?

There was also getting the most out of some old, slow, unathletic teams.

And of course, let's NEVER forget that 2009 Championship, which for some reason gets downplayed and overlooked by many. Again, go and baseball reference that 2009 Yankees team - juggernaut! There is a case that it was better than some of the teams during the dynasty years. No, really! They were!

All in all, Girardi was awesome. And will be missed. We don't know what he'll do next - I hope he takes a year off to recharge - but I'm pretty sure if it's taking over another club, he'll do a fantastic job.

Thanks for the decade, Joe.