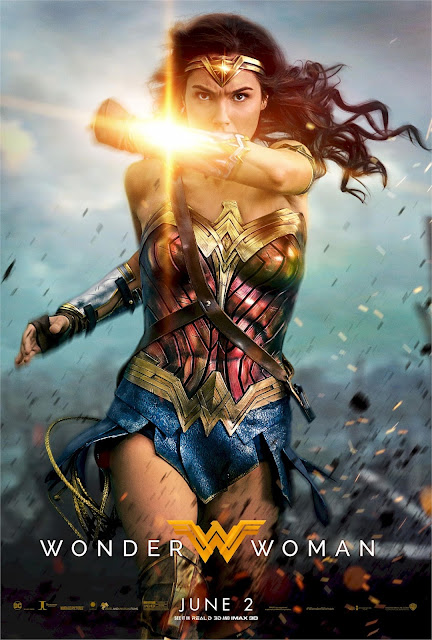 When a pilot crashes into her world, Diana, an Amazonian Warrior, leaves home to help fight a war and fulfill her true destiny.

"What one does with the truth is more difficult than you think. I learnt this the hard way, a long, long time ago. And now, my life will never be the same..."

Wonder Woman is so, so awesome! So epic! Just everything about this film was utterly fantastic.

First and foremost, the message is awesome. The empowerment of women, and also the subtle lines throughout the movie to bring to light various forms of oppression, and at times, revealing how ridiculous they are, was awesome.

Then of course, there is the plot and the entire visual that was this film. From Wonder Woman's fight scenes, to the twirling camera angles, to the authenticity of the film's setting from the past - all of it was fantastic.

And yes, there is Gal Gadot who graduated from Fast and Furious underling to mega star in this one film. By the way, Chris Pine was fantastic in this as well.

All in all, if you're into super heroes, check this out. If not, still do. How can you not?