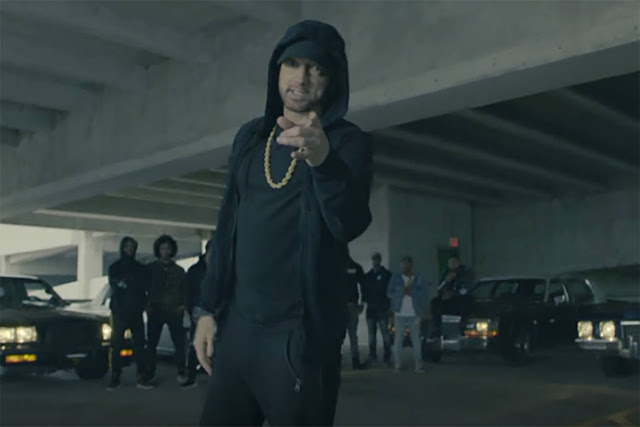 1. Hollywood Victims - Much props to the many men and women who have taken the step in telling their story about sexual assault and being the victim of displays of power for sexual gain within Hollywood. It's tough, especially in such an unforgiving business like show business, but it takes guts to tell the truth - much respect to you all who did so.

2. Joe Girardi - Have you ever seen a more brutally honest manager or head coach during a playoff stretch? Girardi has been letting his soul bare on mistakes, feelings, lineups, results, decisions, his family, his time in New York, and anything and everything else. I have a feeling Girardi is walking away, after this season, and if he is, I'm glad he's doing it by just being him.

3. Eminem - I've seen some new school fans insult Eminem and downplaying his ability. I'm still a fan. After all, no one - NO ONE - captures anger in their music like Em. No one. Still so captivating. And yes, his freestyle of President Trump was so true. All of it.

1. Harvey Weinstein - Scum. Bag. Period. I can't even imagine how many more like him are in Hollywood.

2. United States Soccer - Yes, the US Men's Soccer team is the biggest disappointment of the year. They may already have that Pondy locked up for the Year End awards. But, even more so, is the game of soccer in this country is going to take a major hit because this program couldn't get it together.

3. Mike Ditka - This dude really said there hasn't been oppression in the United States in the last 100 years. Come on, man...