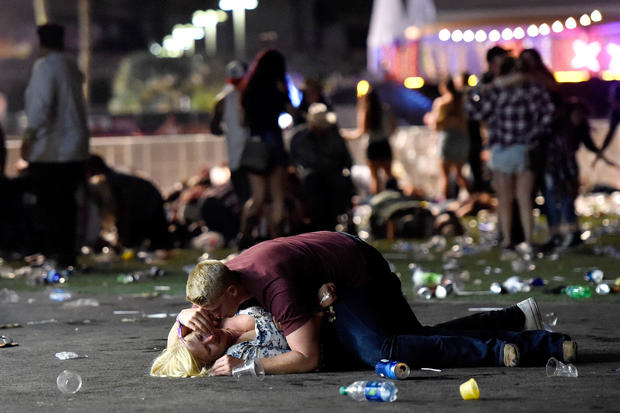 1. Heroes in Las Vegas - Among the heartbreak in Las Vegas are the many heroes who helped shield and save lives during the gun fire, as well as the many in hospitals who did some serious work in aiding the hundreds who flooded the hospitals in the area. Please, please, please be sure to read a story or two of the many who saved so many lives on that horrific night.

2. Jimmy Kimmel - Kudos to the Kimmel on his opening monologue following the Las Vegas terrorist attack (let's call it what it is). In fact, many of the late show hosts delivered rhetoric that the talking heads on 24 hour networks couldn't, and in many ways, were the words reflective of so many.

3. MLB Playoffs - Man oh man. How great have the MLB Playoffs been? I've been a nervous wreck with every moment of my New York Yankees. I still stand by it - best playoffs in sports.

2. Cam Newton - The comment was so unnecessary. I'm not sure why it was needed, and really, when Newton would even say such a thing. Apologize all you want, but the comment proves that it's something within you. It's not a matter of offending women, it's a matter of being just wrong.

3. Paper Towels - Does our President really think throwing paper towels into an audience helps the victims of Puerto Rico? And he mentioned it as him, "having fun". Umm, seriously?