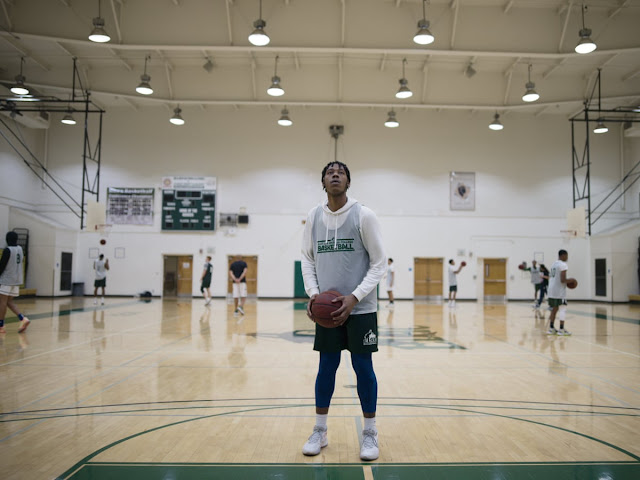 1. Memorial Day Weekend - There are a lot of people who made the ultimate sacrifice for our nation to be where it is today. Yes, there is still plenty for us to work on and we're far from perfect. However, our history is rich with people - all kinds - who fought for what is right. In the midst of a long weekend, I hope you took a moment to remember that.

2. Education of Black Excellence Areas - It's amazing the number of things left out of our history books in High School. This week alone I learned so much about the Tulsa Race Massacre as well as the fact that there were many black areas that were thriving. The continued uncovering and discovery of these untold stories is so essential to us as a nation.

3. Last Chance U: Basketball - East Los Angeles - This is a personal "up" here - I love the Last Chance U series. The recent season focusing on East Los Angeles College encapsulates so much for me, including a reminder of how crushing the pandemic was not just student-athletes, but for the gateway that is for so many young men and women to a better life. Give it a click next time you're surfing Netflix.

1. Texas Senate Bill 7 - Well, here we go. Texas is set to become the hardest state to cast a ballot in. I've already shared my opinion on these bills - it's amazing the depths our country will go to continue marginalizing people of color and those with lesser socioeconomic capital. This is the same state that recently made it easier to purchase and carry a gun as long as you are 21 years of age. Just...smh.

2. Fans in Sports - The fans of the NBA easily disgraced themselves this week with all sorts of disgusting acts. However, while the NBA's actions have been recent, we've seen a recent uptick in disgusting, unruly, and outright crazy behavior from fans of various sports as we return to live crowds. From attacks towards athletes to fights in the stands, it's almost like the rage built up during lockdown has carried over into poor decision-making.

3. January 6th Independent Commission - Basically, some just want January 6th to go away. It's a shame that we'll never get to the bottom of it.

1. White Sox Rename Lounge - The White Sox have made headlines quite often this year, mainly due to new manager, Tony LaRussa. Well, here we go again. The White Sox have now replaced "Loretta's Lounge", named after a longtime employee who sold beer and hot dogs for the White Sox for six decades, to "LaRussa's lounge". Because...ummm, for what? I actually have no idea why.

This just reeks of ugly. Especially when the organization didn't notify the family of Loretta about the change. Again, why does LaRussa need this? Why the sudden obsession?