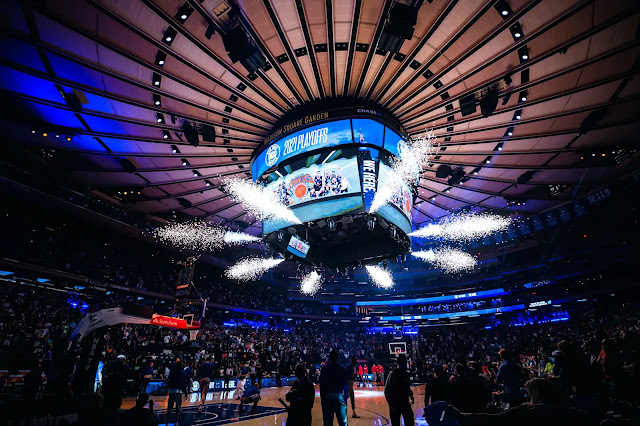 1. Israel-Hamas Cease-Fire - It's certainly messed up what is happening over at the Gaza Strip. It has a deep-rooted history, and really, long-lasting effects that need to be ironed out - beyond the measure of what any one of us can begin to unpack without complexity. Regardless of it all, it's just nice to see some sort of cease-fire hold up for the sake of innocent lives, especially that of children.

2. Madison Square Garden 15K - For me, the day the NBA suspended the season is when the pandemic felt as super serious as it became. It was just unfathomable to imagine what was to come, so when the NBA packed up shop, you knew this was more than the seasonal flu. More than a year later, for me, the NBA once again creates the milestone with MSG hosting 15,000 fans for Game 1 of the Knicks vs. Hawks - an indoor event record since the pandemic began.

We're getting there...it's a new normal, but it's normal. Whatever it is, it was nice.

1. Hate Crimes - As we come out of this pandemic, it's fair to say that we are splintered as a society. So many groups are facing rising hate crimes as we head into the summer - many of those crimes involve innocent people carrying specific identities who are attacked for simply being affiliated with that identity. We need to be better as a human race. It's such an ugly time in our history.

2. January 6th Commission - I don't care what your politics are - why anyone wouldn't want to dive deeper and fact-find the events of January 6th at the Capitol is beyond me. I for one do not "just want to move on". That day needs to be further investigated - one of the biggest stains on our history as it is.

3. Nikole Hannah-Jones Tenure - Speaking of unbiased politics, it's such a shame to see Hannah-Jones denied tenure at the University of North Carolina by a board influenced by political opinion. Say what you want about the 1619 Project - I for one think it provides great insight and spurs critical thinking on the story and narratives pushed as the complete history of our country. Hannah-Jones is definitely qualified, accomplished, and is the kind of professor you would want pushing the future minds of America to think - whether you agree with her or not. That's education.

1. Simone Biles - As if Simone couldn't be any more awesome, she goes ahead and pulls off yet another are you serious? accomplishment in a Yurchenko double pike. Never been done before...until Biles. Yup. Amazing.

1. Kwame Brown - Yo, I was hooked on everything released by Kwame Brown this week as he decided this was the right time to get back at everyone who has clowned him and his career. The craziest part? I actually agreed with the intelligent Brown on some of his thoughts on the structure that places people in power who haven't accomplished anything in the sphere they set the narrative for. He also had other gems in between his rants and hysterical comments.

Who knew this Kwame Brown existed? I don't agree with everything he has said or his attitude toward it, but really, it's hard not to blame him. Ya know?

Nevertheless, he has a lot of people shook. And that alone says a lot about the system.