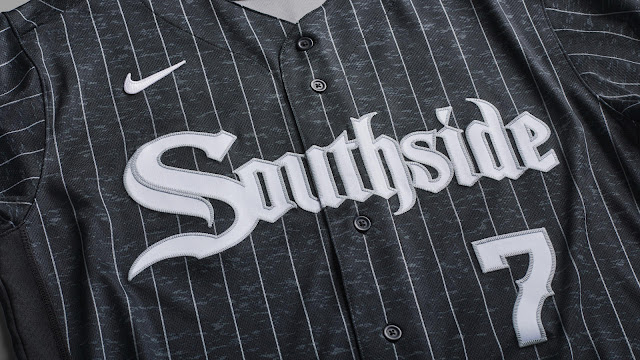 I absolutely love these! I love them!

With the bickering beginning to boil with the rumor spreading that the intention from Nike is to bring City Connect uniforms to ALL 30 MLB teams over the next few seasons, these White sox uniforms quelled those discussions for a bit. Because quite frankly, Nike did something that wasn't expected as of yet - they developed a look that is better than the team's everyday look.

Thus far, these Nike releases have gotten better and better and have given me hope for some of the franchises where we expect some serious "tradition vs. new school" conflict. And to be honest, "easing" into an eventual City Connect jersey for the Yankees, Giants, Cardinals, and others aren't going to make the backlash any better. Whenever that happens, there will be an eruption.

I can already hear those longtime-first time Yankee fans on sports radio - If George were alive, this would NEVER happen!!!!

Regardless, let's talk about these unis... 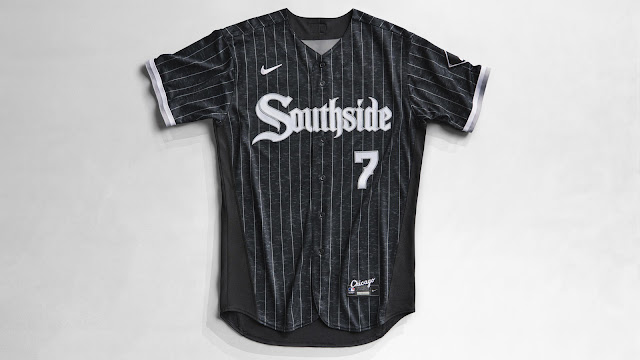 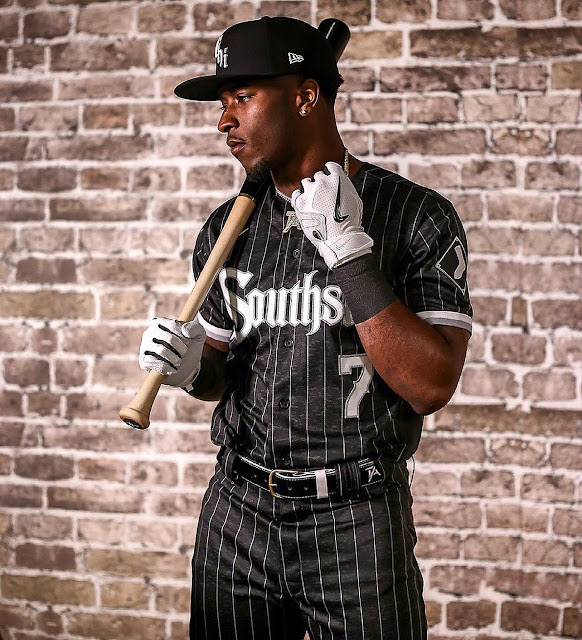 Initially, utilizing a dark gray as the base color for the uniforms is something that instantly gives these uniforms tons of flavor. Especially so since the dark gray with the up-close details come across as black - a White Six staple - from a distance. This is something no other team can get away with - they can try, but of course, it just fits everything that is the Chicago White Sox.

Plus, the White Sox wore shorts once upon a time - they forever will have a mulligan to try new looks, feels, and aesthetics.

The white pinstripes on the grey is such a sleek look that gives the uniform a straight-up tough feel that embodies Chicago.

My favorite part of these uniforms - and probably everyone's favorite part - is the amazing gothic font used for "Southside" across the chest. It's such a unique concept that draws the ire of what separates being a Cubs Fan and being a White Sox fan, something that is enhanced through these uniforms.

It doesn't concern me that "Southside" is one word and not the correct "South Side" phrase. Is this something the kids are doing these days? It definitely looks better as one word, but yeah, the grammar does bother me. But it's whatevs...

I'm no Chicagoan, but I've never seen such a significant representation of the South Side (Two words by the way...) of Chicago that isn't often used for negative examples or political narratives. The emboldened font presenting "Southside" is the kind of pride that makes the White Sox exclusive to the working-class fan in Chicago - an identity they've quietly held. 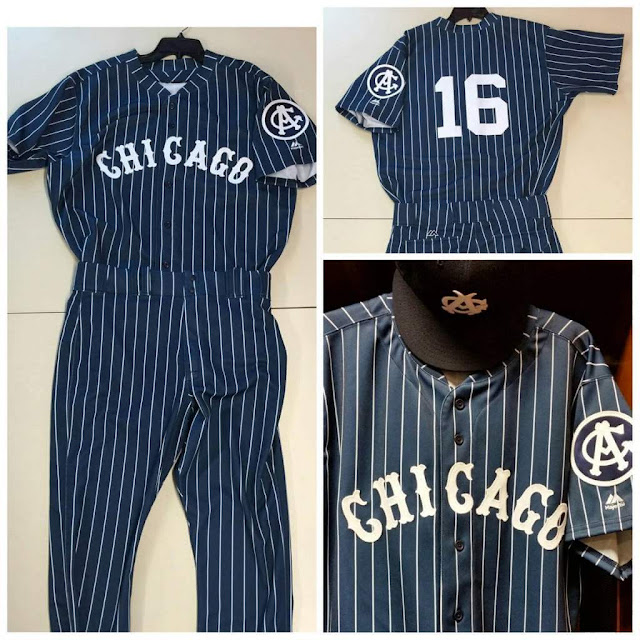 This look is also eerily similar to the uniforms worn by the Chicago American Giants in the Negro League. Intentional? Subliminal messaging? Who knows? Nonetheless, it is a nice touch. 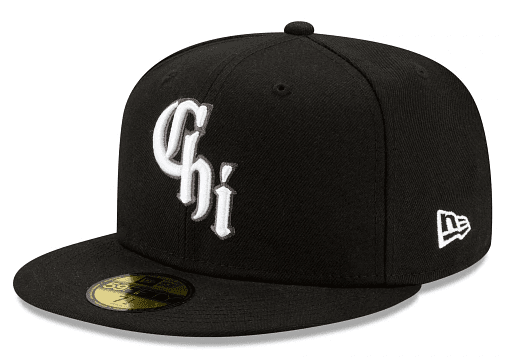 My only critique? The hats are OK. I'm not overwhelmed or moved by the "Chi" look on the hats. The White Sox have one of the best hats in baseball and one of the most respected hats in pop culture from a fashion standpoint. These hats are just "eh" for me and don't seem to reach the heights of the original. They're not terrible, just...well, eh.

Lastly, the uniforms definitely look like they are made from a moisture-wicking material with temperature concerns being at the front. Again, these are dark uniforms, the kind of which have traditionally been refrained from use in baseball because of the factors at play regarding heat - or at the very least, the placebo effect it could have.

It should be interesting how that plays out as they take the field in these gems. Like the Marlins new uniforms (and unlike the Red Sox design), there is no doubt these will be a big seller for Major League Baseball.