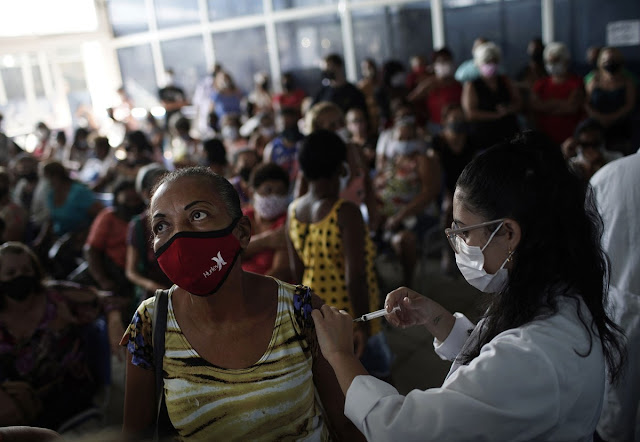 1. Indicted Federal Hate Charges - The three men who killed Ahmaud Arbery have officially been indicted on federal hate charges meaning, it alleges that the defendants used force and threat to intimidate Arbery because he was a black man. The indictment opens up a new set of charges, outlook, punishments, and arguments for the trial. It's surely a case to keep an eye on once a trial date is set. I have a feeling this one will grip the nation as well.

2. NYC Rebounds - I no longer live in NYC, but I still work there and live relatively close to it. The demise of NYC is sooooo exaggerated. In fact, we're now learning more people have moved into the city than out of it during the Pandemic! With that said, it's great to hear further stories of over 80K people returning to offices in a few days as well as the plans to fully open in July. March - June of 2020 in NYC will forever remain with me as trying times. I'm glad the city is rebounding.

3. NFL Draft (Other Pro Drafts) - I didn't watch the NFL Draft Live, but I caught some of its cooler moments over Twitter and through various outlets. I know every league loves the draft event because of the revenue, but nothing is as cool as the players being selected in their own environments with their family, friends, and loved ones. It's a much more authentic feel and makes for a better show than the redundant stage handshake with the commissioner and in-house studio crews jabbering on about the selection.

2. "We are not a racist country" - I've never heard a more ridiculous response from a politician than what Tim Scott delivered this week. It was contradicting in so many ways that it was head-scratching and head-shaking. Until we are able to acknowledge our past, I'm not sure how we clearly move forward as a nation in regards to race, equity, and power.

3. Guns, Guns, Guns - This "down" is sort of a cheat, but from additional stories of police shootings, the numerous mass shootings, and the gang violence - it's just difficult to take in. What is our obsession with gun use?

American Birthrate - Studies and the recent census has shown that the American population fell to the rate of the 1930's. After an expectation of a pandemic baby boom, numbers have shown that Americans are having less children, citing issues of the state of the world, COVID, and financial burdens as big reasons.