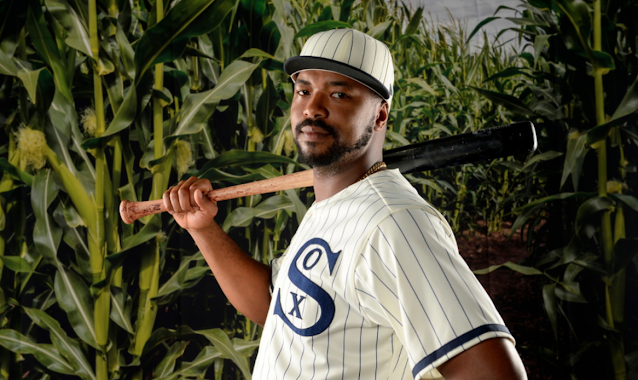 I am a fan of Major League Baseball finding new ways to add intrigue and marquee attractions to what can often feel like a long and mundane season in August and September. I've long believed that baseball has the season of summer at its whim for creativity, and there are so many opportunities to use that to its advantage.
Well, enter the Field of Dreams game. Sure, it was canceled last year because COVID ruined everything and 2020 was just the worst. However, we're on for 2021 and the attraction not only is shaping up to be really cool, but baseball went the extra mile by giving us special uniforms for the game!
So many of us often get on baseball for its lack of marketing, but this is one of those times we have to offer it up to the league - well done.Because, quite frankly, both Field of Dreams uniforms are AMAZING! 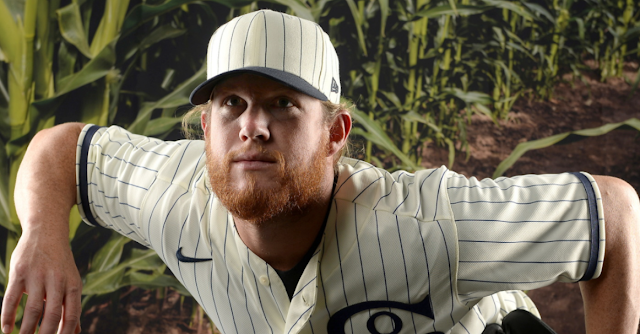 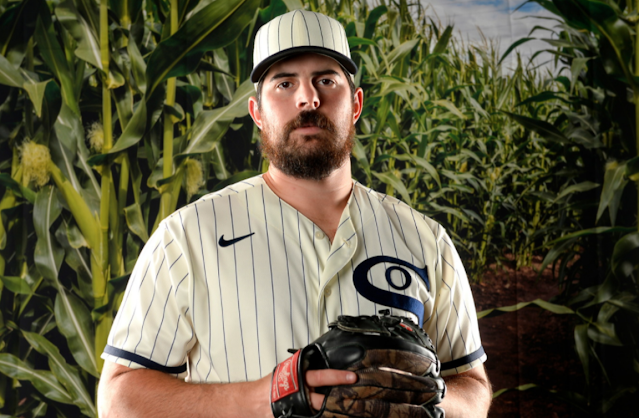 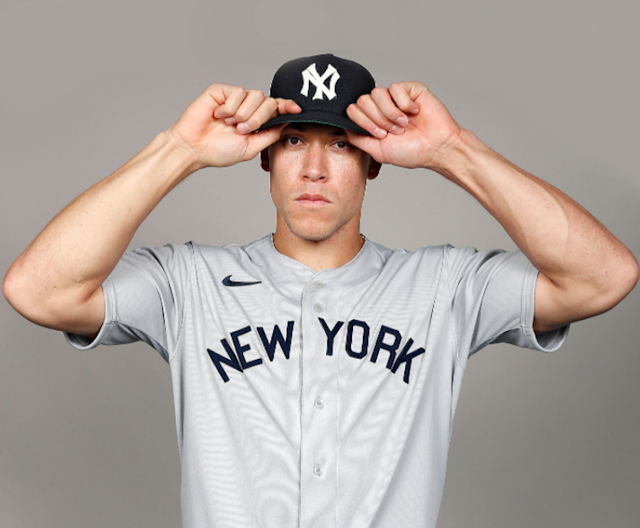 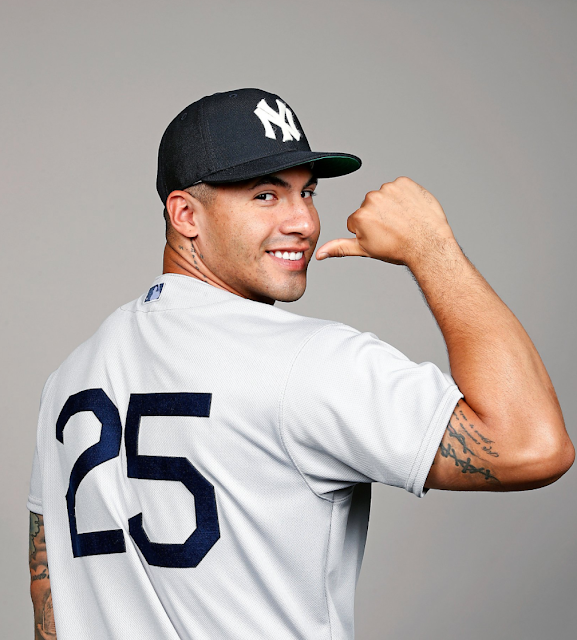 Produced by Nike, the looks of both teams will reaaaaaaaacch wayyyyyyyy back into the vault to give the feel of the game an authentic expression of the film the event is based on. With the kind of vintage aesthetics that makes the movie a cult classic for baseball fans, its hard to argue against the design concepts.
The White Sox will don a look dating back to the days of "Shoeless" Joe Jackson. With clean dark blue pinstripes and the awesome look of "Sox" represented by a smaller O and X within a larger S, the look may just be the best uniform the White Sox have ever had.
For the Yankees, they too turned the clock back with "New York" and numbers being in a font that is less clean and symmetrical as seen on the contemporary unis, and with a much larger interlocking "NY" on the caps. The uniforms also bear no white outlines on the letters or numbers and no trim on the sleeves.
Yankee fans are always overprotective of their aesthetics (to a fault, and some may say, with annoyance) - however, public opinion thus far hasn't brought the wrath of George Steinbrenner down on MLB for the change of the holy Yankee uniforms.
There isn't much creativity to these other than a sweet authenticity and throwback that perfectly fits a special event being featured. Take a bow, MLB, you've nailed it.
NBA 75th ANNIVERSARY UNIFORMS 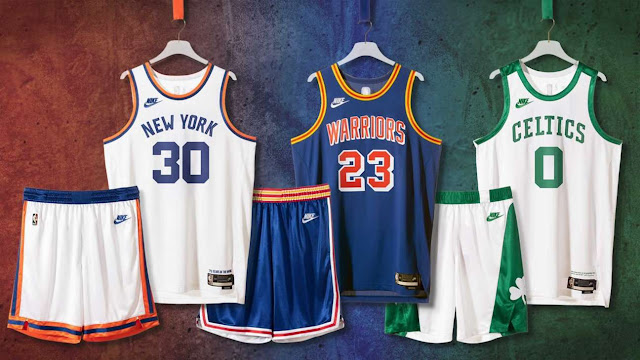 While we're on classic uniforms and simple looks, Nike also did some work for the NBA as it gears up to celebrate its 75th Anniversary. The extremely limited 75th Anniversary Season uniforms will honor three of the league's original franchises - the Boston Celtics, New York Knicks, and Golden State Warriors (then, the Philadephia Warriors).
Of course, these jerseys are simple and clean in appearance. 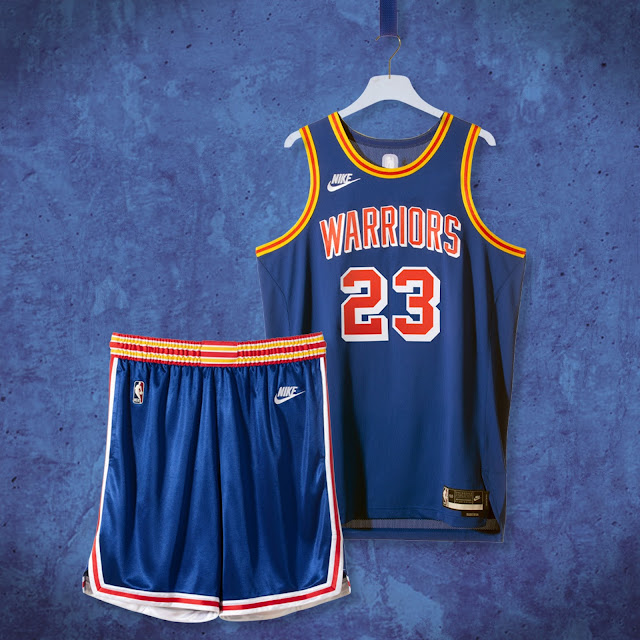 Starting with the Warriors whose uniforms will bear block letters and "WARRIORS" instead of the original "PHILA" that once graced the original version of these designs. The look adds a simpler look to pallette that spans various years, designs, and feels for the franchise.
Unlike the Knicks and the Celtics, this look feels like the kind of design that is ageless and could easily be a high school jersey, a college jersey, or what it is here, a really old NBA look. 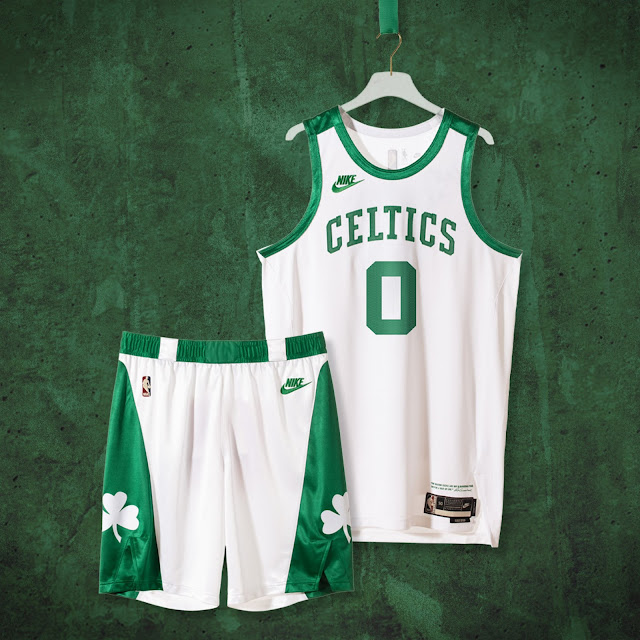 For the Celtics, I LOVE the tops for Celtics fans. I honestly feel like the Celtics should do away with some of the alternate jerseys they currently have and stick to the green and white with "Celtics" across the chest. It's just beautiful.
These evoke Bill Russell in so many ways, with the much smaller font of "Celtics" across the uniform.
My only criticism - the shorts are not good. Not a fan at all of the wide-based siding and the large shamrock. 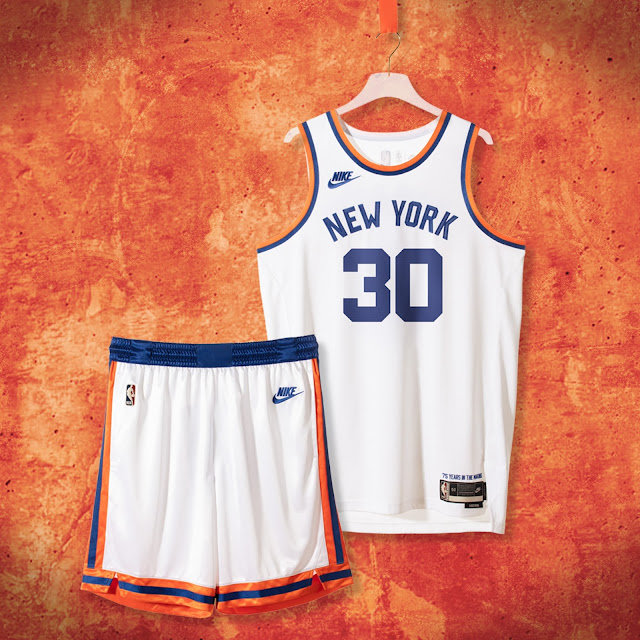 And then of course, there is my beloved New York Knicks!
These are awesome and I can't wait for them to wear these. Sheer awesomeness and beauty. Much like the Celtics jersey, there is something about the "New York" font being in a smaller plane and featured less prominently on the jersey than the contemporary and more current versions of Knicks uniforms that makes it all work.
It's simple. It's clean. It pops.
And yes, anything is better than the black city jersey from last year.