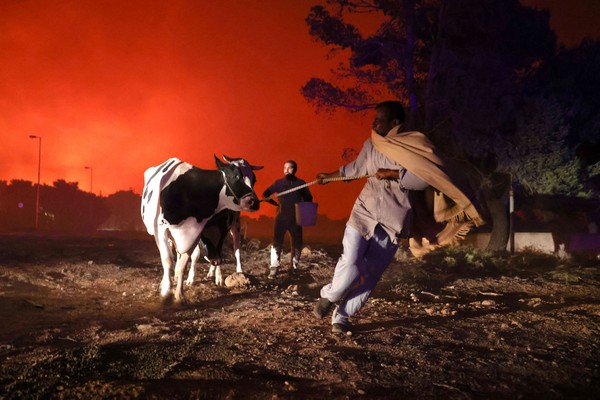 1. Field of Dreams Game - I shared all of my thoughts on this event earlier this week, but it must be stated again, MLB (especially those who worked on the event directly) deserve sooooooo much props for the flawless event that it was. MLB has something special in this going forward, it's up to them how they decide to proceed.

2. Orion Jean from Texas - The week has been a tough one with so many world issues flooding our news timelines. This story out of Texas is the kind of story we need more of - there are so many people doing GOOD work out there, even ten-year-olds! God Bless you, Orion.

3. AEW Rampage - Another pondering topic this week - pro wrestling is on fire and much of it has to do with the company that has ALL the buzz - AEW. Rampage, their second show debuting this past Friday night, was just a big part of what the industry needs - and from rumors, we're getting even more awesomeness this week.

1. Afghanistan - The reports were built all week long with headlines each time revealing another town taken over by the Taliban to where we are now - most of the country in full control by the terrorist group. The scenes of people evacuating Kabul are surreal especially the video with bodies hanging on to planes taking off out of desperation.

Now we're left answering the call and also wondering what exactly is our role in this after twenty years of commitment and resources.

2. Haiti Earthquake - Speaking of horrifying and surreal images, the destruction in Haiti from yet ANOTHER devastating earthquake to rock the country further exacerbates the issues the country is dealing with. So many prayers up to Haiti and those with loved ones in the country.

3. Global Climate - July 2021 was officially the hottest month on earth in history. In. History!! The Dixie Fires rage. Wildfires are popping up all over the world. Mudslides are happening. Droughts are causing federal water control. This is crazy.

1. Changing Country Census - And finally, if the week hasn't given us enough to wrap our minds around, the latest national census results are telling us that the United States is now more diverse (and brown) than ever. I personally think it's great for the country, but much like the climate change discussion, we've been debating the topic (and opposers) for so long that well...the issue is now here! Should be interesting to see how this changes us as a nation - if at all.

Locals evacuate the area with their animals as a wildfire rages in the suburb of Thrakomakedones, north of Athens, Greece, on August 7, 2021.