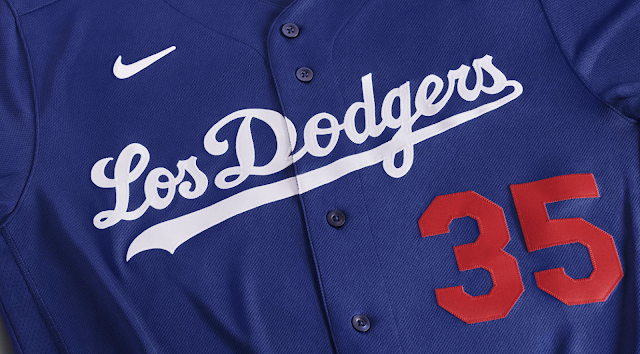 Well, we finally are at the end of the first round of this experiment - the Nike City Connect Series - for a sport that does not embrace ideas and initiatives like this very easily. I've said it when I started reviewing this series - it has the potential to be very cool, but handling the traditional aesthetics will be the key in this idea not only flourishing but surviving.

With some really cool designs unveiled this summer, and an EXTREMELY conservative approach to the designs for those teams like the Giants and Dodgers (review to come in a bit, I promise), it is fair to say that this has been a success.

Want further proof? Check out this article that discusses the mindset change by teams with traditional aesthetics such as the Yankees who are now "aggressively pursuing alternate jerseys".

That's a swerve I didn't see coming. But at the end of the day, money talks. And these jerseys sold well.

Nonetheless, Nike hasn't had any terrible designs in this series, just some less risky than others. Feel free to check out my reviews in earlier posts.

With all of that said, let's jump into the Los Angeles Dodgers Nike City Connect Uniforms. And quite frankly these are easy to discuss...

The Dodgers, like the Giants, and the Yankees, Cardinals, and others who we've wondered how Nike would handle the delicate balance of their uniforms, essentially stayed safe with these looks. 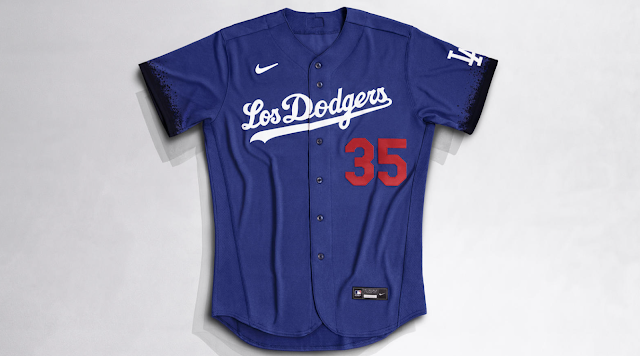 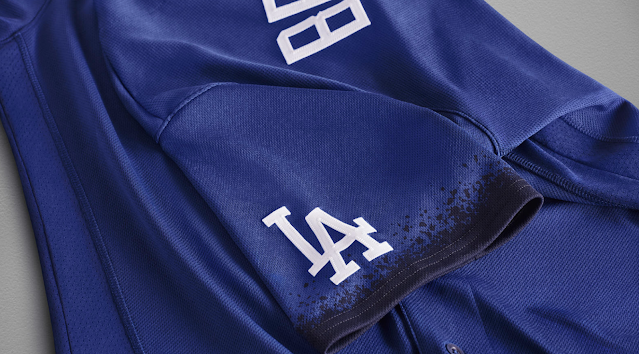 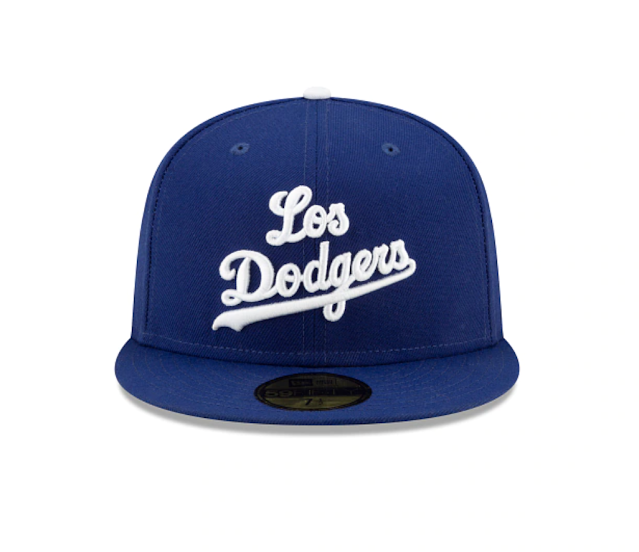 The obvious is there - the full blue uniforms. Some may say "it's a softball look, bro!" but it is a nice change that is as liberal as they went while keeping the representative cursive "Dodgers" across the chest with the historic red number on the lower left abdomen.

Sure, they tried some funky pattern on the sleeves to throw a nod to LA's mural community.

But it's so minimal (and really pointless in acknowledgment) that it's not even an impact presence to the uniform.

The "Los" on the jerseys are good enough to represent the city and appeal to the large Latinx community within their fanbase.

Other than that, the craziest thing about these is that they are blue. Entirely blue. Not the craziest, and well, it's alright.

My only dislike? The hats are absolutely brutal. They look cheap and the kind of design you find in a local street vendor stocked with city-hat souvenirs. They are actually the worst-designed hats to come out of the series.

Maybe that's where they should've attempted to try something? Palm trees on the hat?

All in all, they're okay. Enough to get by to get us to a new year worth of these designs, and well-designed (and lucrative) enough to expedite those who were initially holding out.

June 21, 2022
I never once thought this would be a part of my experience as a parent. I've grappled with future conversations, thought about how I'll help my multi-racial son through the world that will surely be complex in how it views him, and yes, brace myself for those conversations - you know the ones. Those conversations that my parents had with me, a child of color, in disarming my presence in specific spaces.  Never did I expect to find myself grappling with the reality of the new topic for that awkward sit down to make the first imprint on life memories - son, here is what you need to do if there is a mass school shooting ... I have made no secret here on this site - my upbringing was not pure, was not clean. Not me per se, but I was certainly exposed to my fair share of violence, drugs, and various matters that desensitized and jaded how exposed my experiences really were. My academic environment - specifically high school - was a challenge. Underfunded, overcrowded, excessive v
Read more
Tweets by @DomePondering