Calling It Like It Is: The Black Community Needs To Help Itself 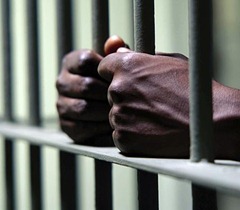 Yesterday one of my closest friends and I decided to continue on our growing battle with getting old and the evolution of life. No longer are we able to play pick-up basketball or football everyday of the week for several hours on end. Gone are those days of endless responsibility and numerous hours of physical activity.

Now as twenty-five year olds, playing basketball on the neighborhood park is more of an appointment and an experience that is new as we are now the “old guys”. You know, the old, working guys that have ability, but rarely play and are now so slow and rusty, they must find others ways to compete and defeat the younger guys. We are now the guys we took advantage off when we were 16, 17, and 18.

As we played once again on a Saturday afternoon on a blacktop park in Brooklyn, we found ourselves in the same situation once again. Yet, this time, we were in the park and ended up playing several games with about ten to fifteen Crips. If you are not familiar with the group, I recommend a quick crash lesson by reading this.

While playing, we we witnessed handshakes and heard several stories they shared amongst themselves about their night before. The stories included several robberiea the night before at gunpoint, and their plan for revenge on another foiled robbery where the potential victim escaped by having a fire arm himself.

After they left the park, my friend and I, both born ad raised in Brooklyn, were amazed at how much has remained the same. The way the youth of America finds solace in doing the wrong thing. The thought of the unlimited possibilities for these individuals if they put half the effort into making something of themselves that they do into their contributions to a gang and endless wrong doings. However, what we realized most, was that these young men were all black. Something, we have seen all too much growing up in certain communities.

A sight that has become all to familiar - black men leading a life that ends up in either jail or death.

The short experience reminded and even sparked a brief discussion amongst ourselves of the recent call from Al Sharpton to President Obama and Congress to act on the failing education of black men. One that we both felt Sharpton is clearly out of line, and out of touch on.

I’ve always felt that Sharpton has had good intentions for some of the work he has done in several communities. His work for the Jena 6 several years ago was one that I thought went unnoticed in our national media. And of course, if you aren’t familiar with the Jena 6, you should be.

However, my feelings for Sharpton runs dry beyond that. Sharpton often calls himself an advocate for human rights, or a civil rights activist, yet he only seems to appear in the public eye on cases involving wrongful suits on blacks. While that is not necessarily a bad thing, Sharpton is doing part of the job. There are injustices done to every race, color, creed, ethnicity, and nationality in this world. Sharpton’s task seems incomplete.

However, the main reason for my lack of support for Sharpton is due to his constant excuse for those who fail in the black community. Once again with his latest call to our leaders in Washington, we see that Sharpton is up to it again.

Sharpton, whose article was indeed well thought out and refined, makes the argument that education must be reformed to meet the numbers that represent a system that is failing black men. Sharpton lists the following facts in his article:

“Consider: Black children are twice as likely as whites to live in a home where no parent had full-time or year-round employment, and those aged 17 and younger are nearly 50% more likely to be without health insurance than white children.

Perhaps more striking is the fact that black boys drop out of high school at nearly twice the rate of white boys, and they compromised only 5% of all students in college in 2008 but were 36% of the total prison population.

This is a national calamity - which is arguably creating as large of a divide as institutionalized segregation ever did. Is the demise of the black man in effect a formula for the downfall of the entire race?”

Sharpton then marginalized his facts to the following conclusion:

“If we agree that education is the key to advancement, everyone - white and black, Republican and Democrat - should be disgusted by our current imbalanced state. In essence, we are saying to children born into poverty that they are doomed to remain in that state, no matter how hard they work.”

Sharpton then offered several solutions to help close this apparent gap between black men and those of other races:

“Pre-K programs should be expanded and finally made available to all students across the country. Teachers should be truly held accountable and rewarded for good performance - important work that has begun under the Race to the Top competition. High-risk schools should be given additional funds to attract the best and brightest teachers.

Charter schools should serve not only as a choice for parents and students, but also as laboratories for new ideas and innovation; when an exemplary charter school is succeeding, we must spread its success to dozens if not hundreds more schools. And we should pledge that no child should ever forfeit attending college due to financial reasons.”

Once again, Sharpton’s facts are indeed true, and his experience touring the nation’s schools to gather such facts are incomparable. However, the mere suggestion of expanding and offering pre-K education to all students, as well as funding high-risk schools, are ideas that are far-fetched. In a perfect world, it would. As evident by this article, we are far from such.

I agree there are struggling schools that never get a break and some teachers are at fault. I’ve attended a school where politics and greed hurt the experiences for the students, and we all knew the teachers who were just interested in doing enough to collect their pay check.

And as for “no child should ever forfeit attending college due to financial reasons”, I hate to break it to Mr. Sharpton, but higher education is not a right, but a privilege. In fact, the financial reasons are what holds students accountable to their studies, and sifts out those who are not there to advance themselves.

However, the fact of the matter is, throwing money at the situation will not amend it, correct it, or solve the problems that face our education system. Like my friend and I, and maybe many more, have come to realize is that the more things have changed, the more they have remained the same. There have been several changes to solve this problem, but the issue remains. And we all refuse to place the blame where it ought to be.

The core of this continuing problem is one that I have touched on in the past (We Need To Do Better). Just as the title of the previous post says, we need to do better. We all do. And in this case, especially the black community.

Black men, just like those my friend and I encountered yesterday, made decisions to put them in the position they are currently in. When it comes down to the nuts and bolts of the problem, the black community is failing itself. That is a statement that many are not happy to read, but many are afraid to accept the truth. The same individuals who are blaming the President, Congress, Washington, the education system, and even “the man” for their short comings, are the same ones that are not doing anything to better themselves, their future, and the next generation.

I call it like it is, and that is the truth.

Somehow, someway along the course of time, working hard, making good decisions, and leading a beneficial and quality life has become confused with a means of entitlement rather than earning it, not just in the black community, but our overall society.

We all know, our education system is not perfect. Fact. However, a person’s will and ambition is one that can overcome such odds if there are any. Such cases are those like Orayne Williams, a black homeless teenager living in a shelter that recently earned himself a full scholarship to college.

Mr. Sharpton’s findings are very important issues in our nation-wide school system. However, the solutions of throwing money into a system to help those that aren’t helping themselves, seems to be compounding the problem into redundancy.

Sharpton concludes his article with a message towards Obama and Congress stating,

Before he addresses our United States government, Sharpton ought to direct the same exact statement to the black community.