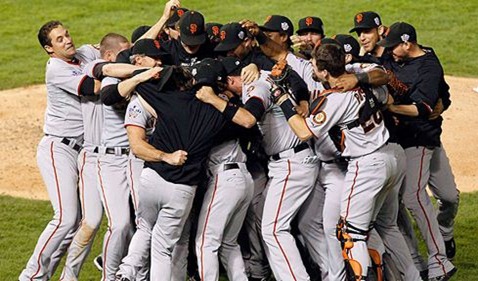 As winter meetings approach, it is safe to say that the dust has settled from the 2010 World Series, and the celebration and great story that was the San Francisco Giants. The Giants were a team that no one picked at the beginning of the season win their division, in addition, were not mentioned as a possibility to win the whole entire thing. With no real stars, power hitters, or franchise guy, the Giants won the World Series on the old philosophy of great pitching, most notably Tim Lincecum, Matt Cain, Madison Bumgarner, Jonathan Sanchez, Brian Wilson, and the rest of a pitching staff that made a season of stopping opposing lineups. In addition, the Giants roster, filled with castoffs, waiver deals, and designated for assignment players scrapped together  to play a form of baseball that was entertaining and unbelievable to watch. While the ratings did not reflect the great story of the San Francsico Giants (don’t forget the FOX/Cablevision fiasco that eliminated games one through three in New York City), the 2010 World Series was a well played, and great series. Here are other tidbits yours truly will remember from the 2010 Major League Baseball season: