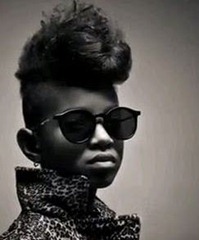 First, let me say a few things before I begin. I am going to try my best to get my point across without sounding like a “hater”. As evident throughout the history of the DP, I am not afraid of going against the grain or contradicting what is popular when it comes to my beliefs or opinions. However, this topic which I am about to cover may cause a few to roll their eyes, a few to become incited, some to be downright upset, and well maybe a few, hopefully, a handful that would agree with me.

This issue has to do with that of Willow Smith, her latest single, “Whip My Hair”, and her career.

Now, with that statement, said, many of you are either A. smiling and humming the tune B. rolling your eyes or C. smirking knowing very well where I am going with this post.

Without beating around the bush any longer I am going to cut right to it and jump right into the pool – the music industry is out of control. One can argue the time for that statement in itself is long gone, but since when are we throwing nine year olds into the music industry? And notice I said “throwing”, as other young performers of their time such as Michael Jackson were pure, one-of-a-kind talents.
However, Jay-Z believes Smith is the rare breed with the King of Pop.

Jay-Z, who signed her to his growing record label, Roc Nation, compared her to Michael Jackson, and said about the young star, “She has a child’s innocence, but she has a clear vision of who she is and who she wants to be”. 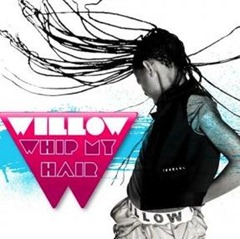 A comparison to Jackson after one semi-hit song, hmmm, alright. Not exactly the issue that I have with Smith, but I’ll leave that reaction to you.

Smith’s sudden comparison to some of music’s greats is not my issue with Willow Smith’s career.

While the song itself is indeed catchy, it is not my cup of tea. As most songs these days, its amped up on technology, supped up on auto-tune, and smoothed over with more unnatural characteristics. You can call me a hater on that one, but it is true. Just blogging.

Nonetheless, I will give credit to where it is due, the song does what music should do, entertain. In many ways, it is harmless fun. Smith did come up with the concept of the song, and while I’m sure she had help filling out the rest of it on paper, it is a catchy and honest song for a nine year-old. Most importantly, one that is  appropriate for others her age to listen to.

However, her song or video is not my issue. 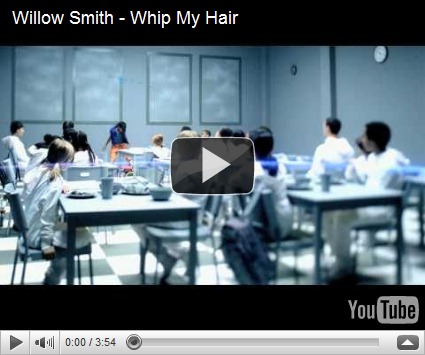 What caused the line to be drawn in regards to Smith was after BET awarded Willow Smith a plaque. What for, you may ask? Well, apparently it was because they “knew she would be the next big thing.” That issue is another post, for another day.

However, upon accepting the award, it came to light (and the rest of the world) that the very young Willow Smith had trouble reading. The young star tripped, stumbled, and bumbled as she tried to read the plaque on live television, most notably, the word “congratulates”. After several defended her by stating it was a simple and honest mistake due to nervousness, Smith responded by admitting that despite her parents being able to hire the best tutors, she is still well behind her classmates in several areas due to her busy schedule.

That is my issue.

The clear and bottom line is that Smith’s education is being sacrificed for her music and acting career. And sacrificed big time. I am not blaming or being judgmental toward Will and Jada Pinkett-Smith - her parents - or even the entertainment industry, but this is an issue that should be a huge red flag amongst our society.

Heck, look at it from this viewpoint, Jay-Z just claimed to have signed the next Michael Jackson, who just happens to read below a third grave level! Maybe even further!

How ridiculous does that headline sound? Yet, it is all fact.

Getting back to my point, Willow Smith has more than enough time, talent, and obviously, connections, to begin and start a successful career. Why now? She is not looking to break out to help her family, or even “make it big”. In fact, Willow Smith’s road to show business stardom is about as long and easy as my road to the corner bodega. So once again why the rush? Is it worth sacrificing a child’s innocence and education for fame? It’s an old-aged debate in the entertainment world, but once again, this “next big star” is already there. This time, the talent can indeed wait.

Nonetheless, after all of this, I’m sure many of you, and millions others out there are still stuck on response B, with a little bit of response A after viewing the video. I’m sure many will rebuttal my issue with “Stop being a hater. She’s getting paid, and doing her thing”. And you know what, that’s true. She is getting paid (not that she needs it by the simple fact of who her parents are.). And by the looks of her budding singing and acting career, she is definitely doing well.

Except for in the classroom. And definitely not in the books, because she can’t, if not, struggles to read.

Although that line may have sounded harsh, this hater is just joining in on the general consensus – reading is just not that big of a deal.

After all, “she is doing her thing.”