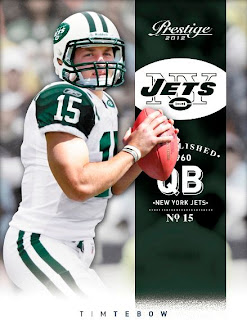 I still don't get the trade for Tim Tebow.

As news broke yesterday morning that the New York Jets acquired the popular athlete, my first thought was, "why?" Now, twenty four hours removed, which included a minor setback, the announcement still leaves a question of intrigue, peculiarity, curiosity, and much head-scratching.

After hearing Jets General Manager, Mike Tannenbaum, explain the expected role for Tebow - which involves several wildcat packages, and his reasoning for acquiring Tebow - to make it difficult for defenses to prepare for their varied offensive attack, I'm still left with a certain bewilderment.

We've all hear, saw, and read the reactions from experts, fans, and analysts. Terrible, has been the overall consensus to keep it short.

The move undermines what should have been, and is supposed to be your franchise quarterback in Mark Sanchez. It alienates recently signed backup quarterback, Drew Stanton, who now, as expected, wants out. And of course, it turns a Jets franchise and locker room that is in need of healing and stability, and is dire need of flying under the radar (no pun intended) into a frenzied mad house.

If you thought Tim Tebow was huge when he was in Denver, simply add the chaotic and yes, I'll admit, overbearing and reaching New York media, and the Jets have the very opposite of what they need.

And as most DP devotees are aware of, I am a huge fan of Tebow. I'll wait for the anti-Tebow reader to finish rolling their eyes, shaking their heads, mentioning his inefficiency in passing, hollering how overrated he is, and that he just isn't a professional quarterback.

I like Tim Tebow. I like Tebow because he is what we all want out of sports. The underdog. A good guy. A class act. Much like I explained with Jeremy Lin and "Linsanity" earlier this year, as a society we complain about the character of our professional athletes, then when we receive top-notch guys who are indeed role models, we tear them down.

And yes, I love Tebow for his religious beliefs and faith. It's the same reason I pull for Jeremy Lin.

I'm excited to have these two guys in my city, and more specifically, on my teams.

[Sideblog: With that said, speaking of phenomenons, think about the star-studded athletes we now have in this town.

However, Tim Tebow's acquisition is truly not my issue with this deal. I know that sounds weird because it is in fact about Tim Tebow. However, as a Jets fan, and after the immediate reaction of acquiring Tebow, any Jets fan will tell you, the true issue is the questionable decision making of the Jets organization.

It just seems very telling, that once again, following a New York Giants Super Bowl victory, the Jets have gone out and acquired a big toy, making a big splash in the sports world. And of course, both acquisitions, the previous being Bret Favre, book end years of Rex Ryan tossing around Super Bowl guarantees as if he had Bo Jackson and the season was played on Tecmo Bowl Football for Nintendo.

The way it did when they acquired Plaxico Burress not too long ago. And the way it does now with Tebow.

At this time next year, I may be proven wrong. Or sadly, even correct.

However, as of today, and after punching the keys through all of the thoughts above, I'm still confused, bewildered, and asking, "why?"

The only thought that is certain - I have lost tremendous confidence in the New York Jets organization.