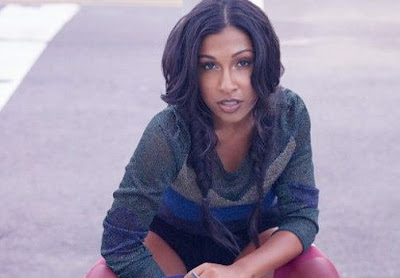 There are very few musical albums that I find myself anticipating these days. Gone are the days when I counted down the days, searched the internet for leaks, or simply would grasp every hearsay and rumor about impending releases, or as us urban kids would say, "when that album dropped". Now, I seem to take album releases in stride. No anticipation. No frenzy. No child-like excitement.

I'm not sure if this is due to the new age of iTunes and downloads or simply just a growing disinterest in today's music. I have found a significant changed in my listening from the days of intense hip-hop, to now finding artists like Coldplay, Adele, and Kings of Leon racking up hits on my playlists.

Hip-hop, this urban kid's once go-to choice for expression, is now a river run dry. And I blame it much on today's artists that lack the creativity, originality, and heart hip-hop had in years past. Yes, I sound old, but part of me feel this is more fact than opinion.


And with music becoming so cookie cutter, so unoriginal and soulless, there are very few artists that still get me excited. One of those artists - Melanie Fiona.

Fiona, if you are not familiar with her work, is awesome. I know you're probably saying, "Way to describe her", but she truly is an amazing artist that brings unique energy.

Recently, I finally got my hands on her newest album. It's an album I've been anticipating, and because of several release push backs, I've been doing so for a few years. The album, The MF Life, is the first album I have truly looked forward since Coldplay's Xylo Myloto.

I was lucky enough to see Fiona live at the LeBain Hotel when she performed as part of Steve Madden's music series here in New York City. There, she let her fans in on a few songs that would be on The MF Life, and needless to say, after that show, I became an even bigger fan.

As mentioned before, she has a certain energy and flair that is indescribable and is rarely matched in the music industry today. Her songs, always well written and meaningful, are far from the usual carbon-copy, up-tempo-techno, dance mix everyone seems to be producing. She brings a unique blend of old-school soul mixed with some pop, a dose of hip-hop, topped of with some R&B.

And oh yeah, bottom line, the girl can flat out sing.

The MF Life offers songs varying on styles and sounds that range from that track you will have bumping with the windows down in the summer such as "This Time" featuring J-Cole, to a catchy R&B single such as "4am", to a raw emotional song called "Bones", to an energetic old-school vibe track titled "Watch me work", to "L.O.V.E.", an easy listening ballad with the talented John Legend, and finally to my absolute favorite, "Running", yes, an awesome song with a true hip hop legend, Nas.

Is this post a plug for Fiona? Am I pushing her album and musical abilities for all of you DP devotees?

We now live in a world where the music industry is becoming saturated with average stuff.

Melanie Fiona is far from.

It's music like hers that keeps real music alive.

With creativity. Originality. Anticipation. And yes, of course, that excitement.