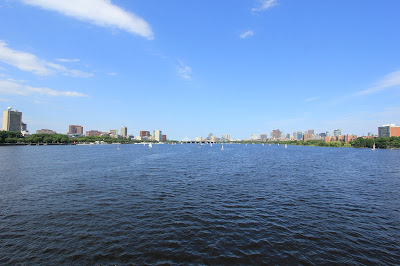 Up to Boston I went this past weekend. I know, very odd for this born, raised, and proud guy from New York City. With a mini-vacation planned in Cape Cod, I decided to make the most of my New England adventure (which is still very hard for me to type) by stopping in Boston (mainly Fenway Park, which you can read here) and exploring the city. It was a chance to finally see if my biased and ill-conceived perceptions of NYC's sports town rival were true.

Upon entering the Prudential Center, a lovely mall/city-hub/parking lot, I was honestly quite shocked at the vibe in Boston. Everything about it is so mellow. So laid back. So...unlike any other city.

Maybe that's a good thing, but it was completely opposite of what I envisioned. I was expecting another New York City, the smaller version, or something along the likes of Los Angeles. Nope. Boston is small, quaint, and colloquial. I actually couldn't believe how quiet Boylston Street was.

Honestly, I said this to the tag-team partner, and she even agreed, Boston feels like someone took the Soho/West Village area in Manhattan and expanded on it. But, you know what, there is nothing at all wrong with that.

Speaking of the tag-team partner, she was in walking mode and dragged me over to MIT's campus to take a look at some pretty interesting architecture. Who thought there were was more to Boston than Fenway Park? And I'm not joking. Outside of Fenway, I wasn't sure what else there was to see in the city. Nonetheless, there are some really cool buildings that seems like they came from the minds of smart people, which after all, they did. 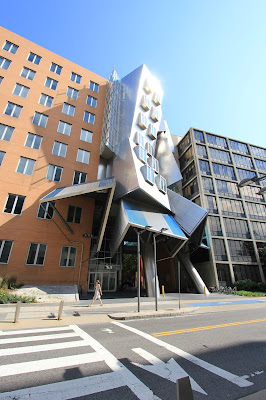 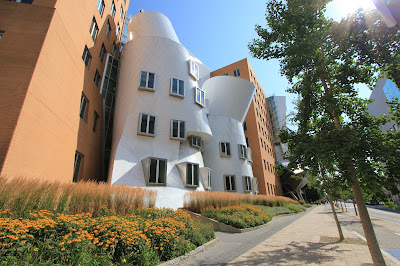 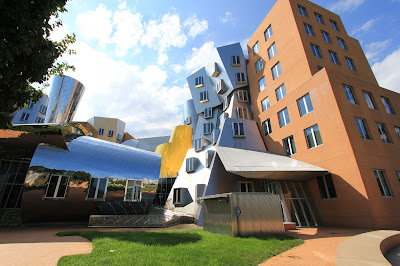 [sideblog: In my walk, is where I noticed many of the guys in Boston dress tremendously alike. Boat shoes, khaki shorts, and a polo is the unofficial uniform of men in Boston. Just a weird observance. Boston definitely lacks the originality, or weirdness, that NYC has.]

After walking back over another bridge and the lovely Charles River into downtown Boston, we stopped and had dinner at a pretty nice place called The Paramount which my Yelp-crazed (yet, she is elite certified) wife discovered before arriving. I decided after years of menial (mostly childish) protest because of Boston affiliation, to have my first Sam Adams. Yes, this was my pathetic attempt to be festive without giving up any ground to anything that would lean towards Red Sox, Patriots, or Celtics.


[sideblog: And yes, I realized what I was missing. In the future I plan on purchasing some Sam Adams.]

I especially liked the Paramount not just for the good food it had, but because the waiter dug my Yankee gear (there is intelligence in the city! Kidding...). He was also very helpful in directing us back to Fenway Park in the easiest way possible.

Which brings me to my subwa...eerr, "T" experience. As a New Yorker you think you have a handle on all things trains and all underworld transportation, but I was highly confused when we had to take the "Green Line" "D" train to Kenmore Avenue to get back to Fenway. Why are fares called "Charlie Tickets"? Why was the train above ground at the station? What? Huh? What?!

Even more confusing, the stop after Kenmore Avenue titled, "Fenway", was actually further from Fenway Park than Kenmore was. Luckily we found out about this early. Thanks cool waiter guy! Whatever, we got there. And it was a nice little slice of home on the T. Nothing like being sardine canned on a train with fellow baseball fans on the way to a game. Unfortunately, instead of "let's go Yankees" chants, there was annoying chatter with weird accents and dialects that included dragging A's and R's to the highest of proportions. I cringe every time I hear "wicked faahh" or "Red Sawwwwwwx". Blah.

Finally, after the game, walking down Boylston street back to the Prudential Center, it took a college friend and his wife who we met up with at the game to point out the site of the tragic Boston Marathon bombing. There was just something so eerie about the site. Nothing spectacular or eye-catching. Actually, you'd miss it if you didn't know. And we walked right past it earlier in the day.

As of right now, a mere small memorial stands on a pole with the business whose windows were blown out currently boarded up with a sign letting everyone know it will return in August 2013.

To know that a random place on a really nice strip like Boylston Street was the site of a terrorism attack brings a certain realism and a "it-can-happen-anywhere" feel to it. I see the Freedom Tower every day and at times pass by Ground Zero in Manhattan. It's a big deal. There was just something about that site on Boylston that really brought the closeness of terrorism to a reality. That really brought a, "you never know" feel to it all. It's hard to put into words as I type it, but that's the best way I can describe it.

All in all, Boston is a wonderful city. Yes, I just wrote that. It's a passionate city, with a close feel that really captures a certain pride the people have that live there. I'll give credit where credit is due. Would I visit again? Absolutely. But let's keep that between me and all of you, OK?