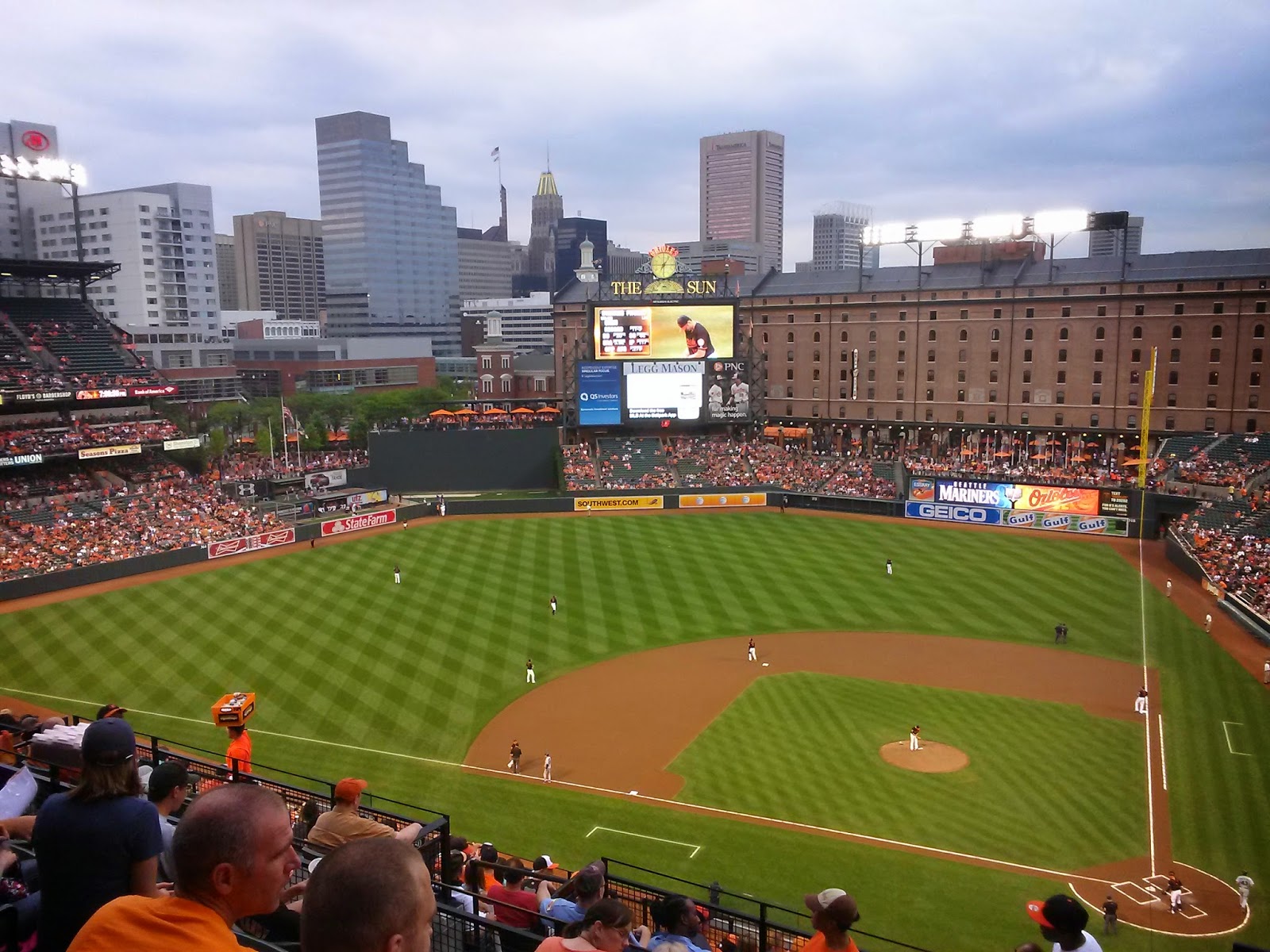 I've been to Oriole Park at Camden Yards before this past weekend, but oddly, not for a game. The first time, was on a visit to Baltimore to visit family. I took a walk down to the park with some cousins. I walked around, gazed at the numbers outside of the back entrance, and of course, peeked in through the gates. Very similar to my visits to Dodger Stadium and Angel Stadium. The other time was when I played baseball in college, and our then coach scheduled a tour of the stadium. Both times, like every baseball fan could attest to, Oriole Park was awesome.

So as the tag team partner and I stopped in Baltimore for the first leg of a two-part-two-city baseball-filled weekend, I was excited to be at Oriole Park for a game, or in my mind, officially at Oriole Park. And of course, as I remembered, Oriole Park was just as beautiful. Just as charming. And just as everyone always claims it is - one of the best places in baseball to watch a game.


Of course, since my last visit, there have been minor upgrades such as the scoreboards, the updated and renovation of the famous warehouse out on Eutaw street, and of course, some other minor upgrades which have taken place in other sports facilities.

As the first ballpark to break the "cookie-cutter" phenomenon in 1992, the feel and presence of the harbor and neighboring bars and restaurants around the ballpark gives Oriole Park a special feel. It's a great experience to behold for an Orioles game in downtown Baltimore. One can only imagine what it is like on Sundays for Ravens games as the city's other beloved team plays right next door and even shares parking lots.

Finally, I will give credit where credit is due - Oriole fans are tremendous. From the surprising and traditional "O's!" during the national anthem, to the overwhelming support of the team, Baltimore loves it's team. It really felt like everyone - EVERYONE - in the city owned some type of Orioles gear. You really get a feel for the knowledge, love, and passion the city has for the team when newly acquired Andrew Miller entered the game and received a standing ovation.

I'll admit, that passion just isn't seen anymore in the New Yankee Stadium here in New York. Between pricing out the real fans and plenty of spoiled fans, it just isn't the same. Deep down, it pains me to say that, but it's true. And I hate it.

And lastly, as a big guy, the seat comfort is always a major point for me in stadiums. Oriole Park, in the upper deck had enough room for my 6 foot 5 inch frame. Huge plus.

All in all, Oriole Park is fantastic. In the grand scheme of baseball ballparks I've visited, Oriole Park nicely fits in behind the old Yankee Stadium and Fenway Park as my all-time favorites.